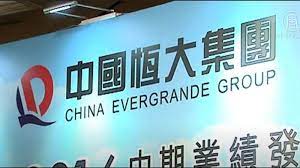 Global stocks are trading deep in the red this morning as markets catch wind of the potential domino effect the demise of China’s real estate giant Evergrande could have. It will be the moment of truth this week as the indebted developer is scheduled to make interest payments on two bonds this Thursday after having failed to meet payments to suppliers and banks last week.

The Evergrande saga has been going on for a while, with the first signs of liquidity issues coming as early as June, when Chinese regulators were urging banks to make stress tests on their exposure to the developer. In August the bank was warned by the PBoC to reduce its debt risks but up until last week company executives were reassuring the public that there were no risks of bankruptcy despite the warnings from regulators.

It’s important to point out that Evergrande is not the only company in the sector that is seeing its credit collapse on the back of the government’s policy to curb leverage in China, which is what has led to concerns about contagion to other sectors given how real estate amounts to a big part of China’s GDP. In fact, some banks and financial institutions have already felt the stress of said credit collapse, which is evidencing the amount of tail risk and the possibility of contagion beyond country limits. Its effect on financial markets will lead to liquidity injection but the issue at hand will only be resolved via the sale of assets. Given the situation, it will take time to stabilise the onshore property market as a result of this clampdown on leverage.

The impact on the Chinese property market will be high, will a slump in construction activity likely to follow, but when it comes to equity markets, the headlines about it being the next “Lehman Brothers” event may be a bit exaggerated, given the sheer difference in the nature of the businesses, but nonetheless global stocks are feeling the pressure this morning, with Asian equities suffering the most. In fact, given how overstretched the equity market was, I wouldn’t be surprised if this is seen as a healthy correction after months of one-way trading.

Also on the agenda this week we have the Fed’s September meeting where consensus is for an announcement of asset tapering, as well as Joe Biden’s crucial attempt to secure congressional approval on nearly 5 trillion dollars of spending on infrastructure, education and healthcare amongst others.

The DAX 40 is heading for a two-month low this morning as it sheds over 200 points. The bearish reversal has found some resistance so far at the 200-day SMA (15,210) as the RSI has started to venture into oversold territory but a further pullback towards the 15,000 mark cannot be ruled out throughout the week.

The S&P 500, which is a good measure of overall market sentiment, has made a decisive break below the ascending trendline support which has been in play November, which is a sign of evident market weakness. Up ahead is the 100-day SMA (4,370) which could offer some short-term support but there is a possible follow-through towards 4,300 as market rebalancing gets underway.