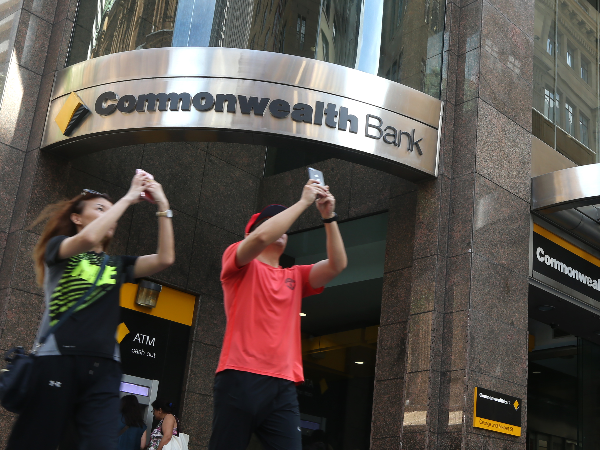 Shares of Australia’s largest retail bank Commonwealth Bank of Australia (CBA) climbed 1.1% to trade at A$105.75 as at 12:28 AEST on Tuesday in Sydney.

On Monday, top lender CBA had led the gains among heavyweight financial stocks, which in turn boosted Australia shares to a more than one-week high.

Sentiment among research teams was largely negative on shares of Sydney-based CBA, but mostly positive on Melbourne-based NAB, according to Bloomberg data. The two are among the country’s Big Four banks.

Over the next few years, meaningful pressure on mortgage margins will affect CBA and Westpac Banking Corporation more significantly than other major lenders, said JPMorgan analysts.

CBA is now ranked last within JPMorgan’s coverage of banking stocks, due to its stretched valuation, the research team said.

For FY2022, the lender gave only qualitative guidance, with four of the five drivers expected to be negative, and the tone of the margin outlook discussion was downbeat.

Commonwealth Bank of Australia last Thursday accused Apple Inc of uncompetitive behaviour over the control of payments on the latter’s phones, Reuters reported.

Of all the in-person payments that CBA processes, about a third are done on Apple’s phones.

The bank’s CEO Matt Comyn told a regular parliamentary committee that the ‘claim that Apple is pro-competition, I think, is a fair statement, as long as one accepts that competition is welcome as long as no one can compete with Apple’.

He also suggested lawmakers increase scrutiny of technology giants, as payments through digital wallets developed by Apple and Alphabet’s Google made up 45% of physical consumer payments.

As for NAB, eight analysts suggested ‘buy’, six said to ‘hold’, and none had ‘sell’ ratings, Bloomberg data showed. Their average target price was A$29.06.

Macquarie gave an ‘outperform’ call alongside a target of A$29, while Credit Suisse downgraded the stock to ‘neutral’ and eyed A$28.50.

JPMorgan upgraded NAB to ‘overweight’, saying the lender is ‘outperforming peers on growth’ and ‘well positioned to drive top-line growth’. It named NAB as its top stock pick among major Australian banks.

NAB has long offered more stable margin trends than its peers, given its smaller mortgage headwinds and a positive outlook for small and medium enterprises, JPMorgan analysts highlighted.

This is ‘bolstered by ongoing market share gains in mortgages and business lending’, they added.

Take your position on CBA, NAB and over 13,000 Australian and international shares via CFDs or share trading – and trade it all seamlessly from one account.

Learn more about share CFDs or shares trading with us, or open an account to get started today