EUR/USD is on track to mark a six day decline as it trades to a fresh yearly low (1.1263), and recent developments in the Relative Strength Index (RSI) raises the scope for a further depreciation in the exchange rate as the indicator crosses below 30 to push into oversold territory. 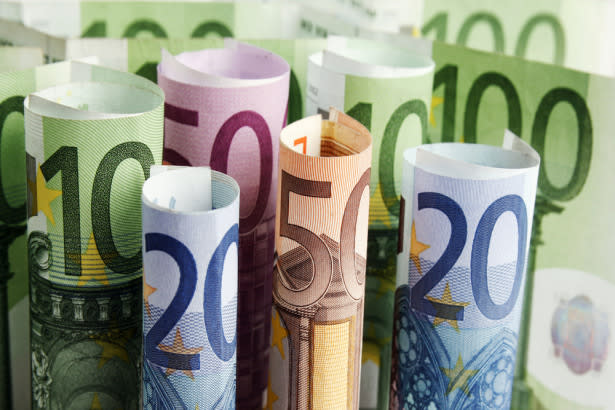 EUR/USD approaches the July 2020 low (1.1185) following the bearish reaction to the better-than-expected US Retail Sales report, and the Euro may continue to underperform against its US counterpart as the European Central Bank (ECB) acknowledges that “recent strains in global supply chains and the spike in energy prices could have longer-lasting effects on inflation than expected and weigh on the economic recovery.”

The ECB’s November 2021 Financial Stability Review suggests the central bank is in no rush to remove monetary support as the report emphasizes that “the momentum of the growth has moderated to some extent recently, with the rise in energy prices and supply chain bottlenecks posing downside risks to economic growth going forward.”

Nevertheless, the ECB goes onto say that “it is still likely that real GDP will surpass its pre-pandemic levels in the fourth quarter of 2021, two quarters earlier than had been expected at the start of the year,” and it remains to be seen if President Christine Lagarde and Co. will adjust the forward guidance at the next meeting on December 16 as the central bank is slated to released the updated staff projections for the Euro Area.

Until then, EUR/USD may continue face headwinds as the Federal Reserve carries out its exit strategy, but a further decline in the exchange rate is likely to fuel the tilt in retail sentiment like the behavior seen earlier this year. 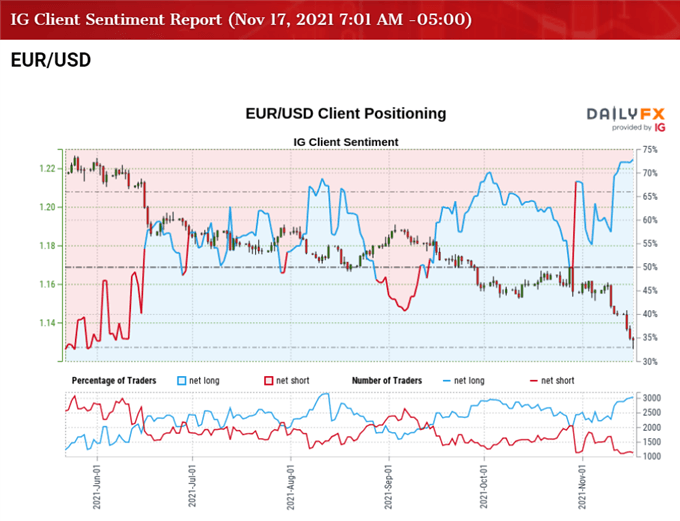 The IG Client Sentiment report shows 69.34% of traders are currently net-long EUR/USD, with the ratio of traders long to short standing at 2.26 to 1.

With that said, EUR/USD may continue to trade to fresh 2021 lows throughout the remainder of the year amid the deviating paths between the ECB and FOMC, and recent developments in the Relative Strength Index (RSI) raises the scope for a further depreciation in the exchange rate as the indicator crosses below 30 to push into oversold territory.