Facebook, Amazon, Apple, Netflix, and Google are five of the largest companies in the world. Could they grow even further as the global economy reopens? 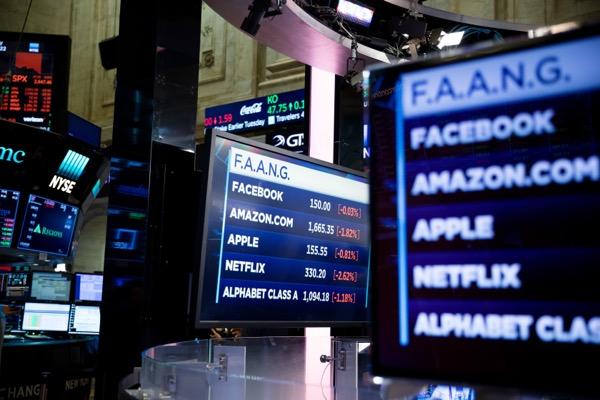 The term ‘FAANG’ was first coined in 2013 by the CNBC network host Jim Cramer, who described the companies as ‘totally dominant in their markets.’ The abbreviation refers to Facebook (now Meta), Amazon, Netflix, Google (now Alphabet), and latecomer Apple, which was added to the acronym in 2017.

Together they make up five of the top 10 largest companies in the world by market cap. Apple alone is worth a staggering $2.9 trillion, and together the five are worth around a fifth of the US’s benchmark S&P 500 index.

With all five listed on the NASDAQ, there are two competing theories over the long-term future for FAANG stocks. Some investors consider them prime targets for an eventual tech bubble pop. Others believe that their overwhelming market dominance could see them rise significantly higher.

However, what is universally acknowledged is that the FAANG stocks aren’t going anywhere anytime soon. And this makes them excellent candidates for long-term investing. Of course, no investment is entirely risk-free. From the Tulip mania of 1637 to the pandemic-induced mini-crash of March 2020, market corrections are weaved into the fabric of investing. But over the long term, share prices have risen exponentially. In fact, the S&P 500 is up 3,756% since its inception in 1981.

And while UK FTSE 100 stocks are also prime candidates for ultra-long-term investment, it’s worth bearing in mind that of the original 100 companies that made it onto the index in 1984, less than a third are still there. Of course, some argue that index investing is a better choice than investing in individual companies. However, others think it’s better to sacrifice some stability for better returns. A middle ground could be to invest in one of the many Exchange Traded Funds (ETF) available on IG which invests heavily in the FAANG stocks.

With a $1.95 trillion market cap, Google (Alphabet) has become a colloquial verb. To ‘google it’ is synonymous with internet search, and Q3 results demonstrate this internet giant’s advertising power. The YouTube owner’s revenue rose to $65.1 billion, up from $46.1 billion in the same quarter last year, while net income rose from $11.2 billion to $18.9 billion. And the lion’s share of this revenue ($53.1 billion) came from advertising, compared to $37.1 billion in the same quarter last year.

Moreover, CEO Sundar Pichai highlighted that as the ‘digital transformation and shift to hybrid work continue, our Cloud services are helping organizations collaborate and stay secure.’ Cloud revenue rose to $5 billion, up from $3.4 billion a year earlier. And as few other operators have the financial capacity to compete in the cloud computing space, it has a massive opportunity to grow further. However, anti-trust lawsuits could be its biggest future problem, having recently lost an anti-trust appeal against an EU-imposed fine for prioritising its own price comparison shopping service over its rivals.

The second FAANG stock at $335 per share, and with a near trillion-dollar market cap, is Facebook (Meta) (NASDAQ: FB). It’s is the largest social media company in the world— in Q3 results, its revenue rocketed by 35% to $29 billion, and its unique daily active users increased 11% to 2.81 billion people. That’s nearly half the population of the planet. Moreover, revenue guidance for Q4 is between $31.5 billion and $34 billion. The company has maintained has a cash balance of more than $58 billion, which it’s likely going to use to transform itself into the centre of the ‘metaverse,’ a third-generation virtual reality internet. And with recent acquisitions of Instagram and WhatsApp, its pole position is unlikely to be challenged in the medium term. 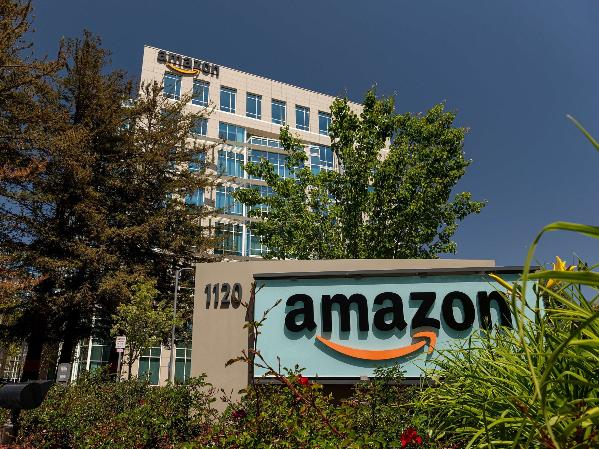 Apple (NASDAQ: AAPL) can be bought for $176 a share. The world’s most valuable company is best known for its iPhone and MacBook brands, high-end luxury products bought by legions of consumers with ‘unmatched customer loyalty.’ In Q4 results, it reported revenue of $83.4 billion, up 29% compared to the same quarter last year. CEO Tim Cook spoke of its ‘most powerful products ever…setting a new standard for performance,’ while CFO Luca Maestri emphasised that the company set ‘new revenue records in all of our geographic segments and product categories.’

The company returned $24 billion to shareholders over the quarter, with a cash dividend of 22 cents per share. Moreover, Morgan Stanley analyst Katy Huberty has set a target of $200 on the stock, arguing that innovative products such as its virtual reality headset and self-driving car could see it soar further in 2022.

With a $1.75 trillion market cap, Amazon (NASDAQ: AMZN) shares are up 8% over the past year. But at $3,421 right now, they’re 7% down on their November peak. In common with Google, the largest e-commerce company in the world is also used as a verb. In Q3 results, it boasted a net sales increase of 15% year-over-year to $110.8 billion. And since the pandemic began, the e-retailer has doubled the size of its fulfilment centres, as global lockdowns gave it an unprecedented chance to gain market share while its physical rivals were closed by law. Like Google, it’s also a major player in cloud computing services, with its AWS division growing 39% year-over-year. Of course, retail is fiercely competitive, and competitors eBay, Alibaba and Wal-Mart are always vying for market share.

Finally, at $614, the Netflix (NASDAQ: NFLX) share price is up 400% over the past five years. The company is famous not only as the pioneer of streaming services but also for its unique original content, such as Stranger Things, Bridgerton and The Witcher. Its most-watched show, Squid Game, has become a global phenomenon, with ‘142 million viewers in the first few weeks.’ Competition from Disney+ and Amazon Prime remains a threat to its market share, but in Q3 results, the streamer grew revenue 16% year-over-year to $7.5 billion, while operating income rose 33% to $1.8 billion. And expecting its ‘strongest Q4 content offering yet,’ it added 4.4 million subscribers in the quarter, bringing the total to 214 million. And it's projecting a further 8.5 million in Q4.

The FAANG stocks may be in a bubble. Or they could have much further to grow. But with such unbeatable market dominance, they’re stocks to watch in 2022.