Airlines have come a long way since early 2020 and enjoyed some great moments in 2021 before Omicron turned the market upside down. Investors are now eager to see what lies ahead in 2022. 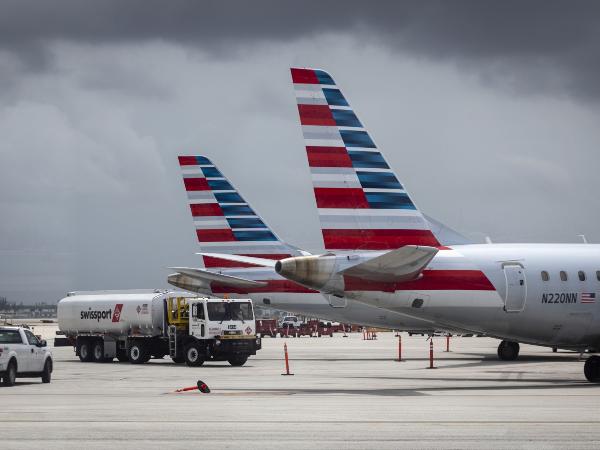 When is the report date?

What to expect for Q4 earnings

Although it won’t be a surprise that the earnings for AAL will remain in the negative zone, the final reading is expected to be slightly better than the market’s previous forecast. American Airlines said earlier this month that it expected total revenue to be 17% down on the pre-pandemic level in 2019 compared to the projected 20% lower.

Based on this, a year-over-year growth of 53.89% will be marked together with a 124.7% increase in quarterly revenue, approximately $9.05 billion.

The earnings per share (EPS) forecast for the quarter is around $-1.78, a substantial improvement from the reported EPS for the same period last year ($-3.86), but on the back foot from Q2 and Q3 earnings.

The impact of Omicron

The threat of the Omicron variant and the renewed travel restrictions that came along with it has cast a shadow on the airline's recovery journey.

On the bright side, American Airlines' cancelation rate was just 3% of flights between December 26 and January 9 according to data from flight-tracking website, FlightAware.com. That’s an impressive number compared to 8% of all U.S. domestic and international flights which were cancelled over the same period.

However, if compared with AAL's peer, Delta, the airline still has a long way to go before this can be called a "recovery". Delta Airlines, which reported EPS of 22 cents for the fourth quarter, has delivered the airline's second consecutive profitable quarter amid the Omicron crisis.

The biggest threat to American Airlines' recovery now will undoubtedly be soaring costs, primarily due to the escalating labour shortage. This has seen the company offer employees a range of incentives to work during the holidays, for example. In addition to that is a higher long-term debt load, a 20% increase during Q3 which is double its current asset size, and will likely need longer than its rivals to clean up.

Overall, American Airlines has appeared to move in the right direction amid the Omicron crisis. However, the fast-changing challenges with any emerging new variant could delay the rebound. Moreover, from a longer-term perspective, the most patient investors would still like to see more material improvement to the airline's balance sheet to fundamentally prepare for the endemic period.

From a technical standpoint, the share price for AAL walked out from the bottom in December when fears over Omicron hit the market hard. As a result, an upward-moving trajectory has been formed to zone in on the $20 key level should the market welcome the Q4 earnings.

On the other hand, any upcoming selling pressure will pull the price back to its 20-day moving average and declare a failure to fill the gap between $18.29 and $19.07. In that case, the gap level will continue to act as key resistance for AAL's share price.