The Ocado share price is down 55% over the past year to 1,220p today. While the pandemic winner has now lost all its covid-19 gains, its long-term investments could spark an eventual recovery. 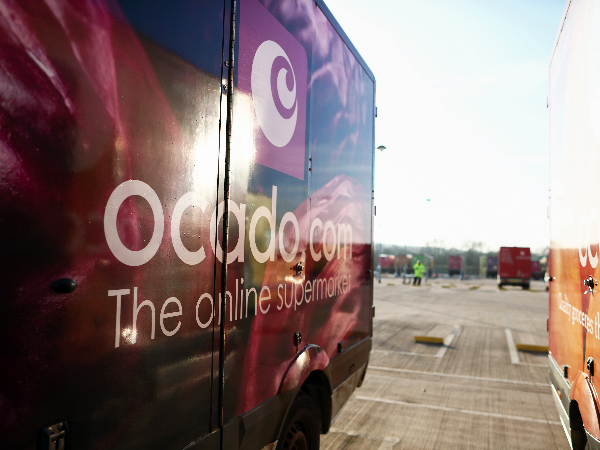 But it’s been on a downward trajectory over the past year, and Ocado shares are now exchanging hands for the same price as it was pre-pandemic. While the online grocery retailer has more customers and a stronger business proposition than two years ago, increasing technological investment without a timeframe for returns is weighing on investor sentiment.

At first glance, yesterday’s results were broadly positive. Revenue rose 7.2% year-over-year to £2.5 billion, ‘with all business segments growing.’ Retail sales rose 4.6% to £2.3 billion and were up 41.5% compared to pre-pandemic levels. The group’s EBITDA of £61 million compares favourably to £73.1 million of the prior year, as ‘investments in technology capability and Group support functions offset higher EBITDA in UK Solutions & Logistics and Ocado Retail.’ And it maintained cash liquidity of £1.5 billion, with net debt of only £359.8 million.

CEO Tim Steiner commented ‘the past year has further reinforced that demand for online grocery is here to stay… to truly win here food retailers need to deliver the best offer with the best economics across all customer missions.’

And the company is growing, albeit slower than in 2020. Customer numbers have risen 22.4% to 832,000, while order numbers increased 11.9% to 357,000. However, this was partially offset by basket spend, which fell 5.8% to £129. But Ocado believes growth could have been stronger had it not been ‘constrained…by the ongoing tight labour market in the UK’ which has seen a growing HGV driver shortage. And the company also pointed the finger at a fire in its Erith distribution centre which eventually cost £35 million.

But it opened five new Customer Fulfilment Centres (CFCs), including two in the US, and expects to have 22 by the end of the year. And encouragingly, 70% of its Ocado Smart Platform partners are now live.

However, the devil is in the detail. Ocado posted a loss before tax of £176.9 million, reflecting ‘increased investment in our Solutions business, particularly the increasing roll out of Ocado Smart Platform.’ By comparison, it lost only £52.3 million the year before.

And the grocer expects capital expenditure to rise to £800 million this year to fund further technological development. Moreover, it’s already invested £20 million in two autonomous vehicle software specialists, Oxybotica and Wayve, which design vehicles ‘for use inside CFCs, to last-mile deliveries; and even kerb-to-kitchen robots.’ But first prototypes could take up to two years.

And while it works closely with Marks & Spencer's and Morrisons, it hasn’t signed any further supermarket deals. The grocer has informed investors it remains ‘in conversation with a number of retailers and continue to target further Solutions deals,’ but does not yet have additional contracts to utilise its 40% expanded capacity.

The company professes that its ‘technology can now ramp up as fast as our partners desire…Bristol, Andover and Purfleet (sites), ramped faster than those sites before it. And Steiner believes the company’s ‘new generation of Ocado technology…represents a transformational leap forward allowing our partners to comprehensively out-compete peers online.’

But Markets.com analyst Neil Wilson believes ‘investors who’ve been in for the long haul are clearly losing patience.’ Russ Mould of AJ Bell thinks ‘investors are getting tired of hanging around for the big earnings breakthrough.’ And STIQ robotics analyst Tom Andersson is concerned that ‘whilst most of these developments looked great, none will be available to customers before the end of 2023… the question remains if these innovations will simply offer gradual increases or a dramatic 20-30% improvement of throughput.’

However, revenue from its tech division rose to £66.6 million from £16.6 million the year before. Steiner argues that recent breakthroughs are a ‘game changer…that could ‘shatter the existing rules of the industry.’

And Ocado shares could soar if this technological investment pays off. But without a clear timeframe, and amid thousands of other opportunities in a financially tight environment, the pressure to deliver continues to build.