Despite beating analysts’ earnings and revenue expectations in late January, Tesla stock didn’t make any headway and instead has resumed this year’s slide. 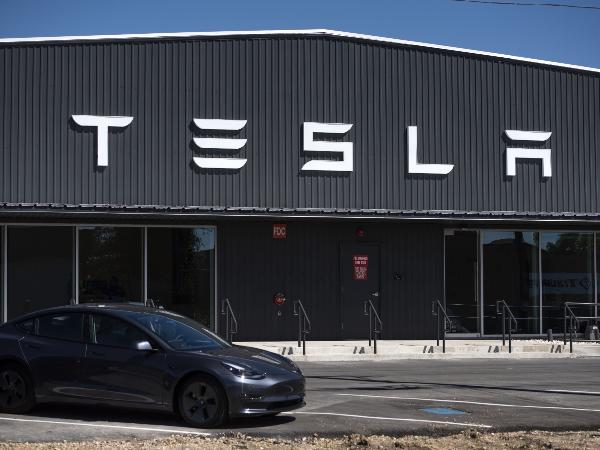 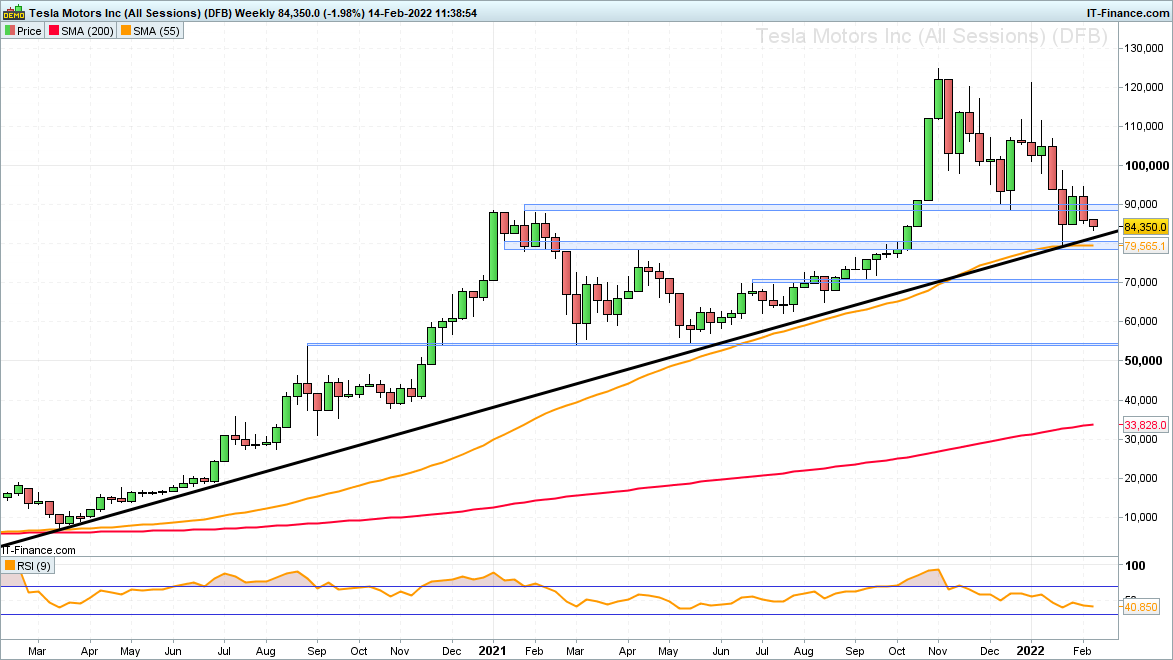 Having said that, the recovery didn’t once manage to overcome the $950 mark, even though six attempts have been made on the daily chart in the first couple of weeks of February to date.

Two of the recalls were due to Tesla violating federal motor vehicle safety standards, while the others had to do with software issues. Tesla is recalling vehicles in the US that have the Boombox feature – a software update that allows drivers to play sounds from an external speaker such as holiday jingles or a bleating goat – and is expected to fix it with a free of charge, over-the-air software update that will disable the feature in drive, neutral, and reverse modes.

The US National Highway Traffic Safety Administration said that vehicles that use Boombox when in motion may “increase the risk of collision” to which Tesla’s CEO Elon Musk tweeted that the “fun police” had forced the company to recall the vehicles.

From a technical perspective the failure to rise above the November and early January lows as well as psychological resistance in the $979 to $1000 zone means that the bears remain firmly in control.

Last Thursday’s Bearish Engulfing pattern – where the daily candlestick “engulfed” all of the previous day’s candle – triggered the current sell-off. 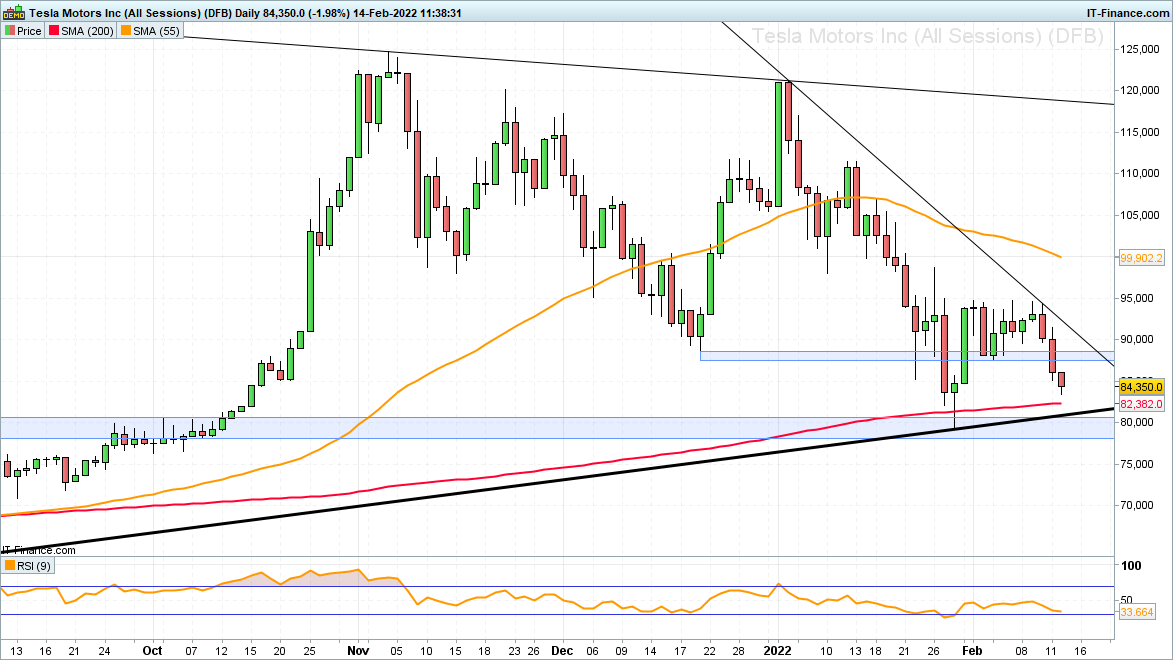 In the context of possible military conflict between Russia and the Ukraine, driven by fears that a war could disrupt supply, and the ensuing spike in oil and gas prices providing yet another boost for global inflation, a far greater decline in the Tesla share price may be seen this year.

Minor resistance now sits between the December and early February troughs at $875.43 to $886.25. While the next higher 2022 tentative downtrend line at $922 isn’t overcome, an overall bearish bias will remain entrenched.