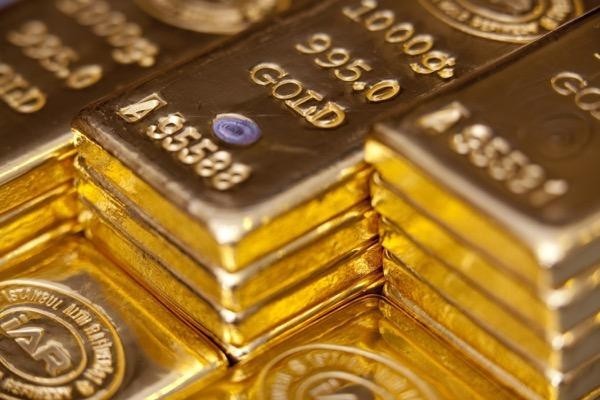 Wall Street equities rebounded from deep losses during late hour trade on Thursday despite an abrupt escalation in geopolitical tensions in Eastern Europe. the Nasdaq 100 index led the rebound, erasing initial losses and finishing 3.4% higher. Dip-buyers appeared to have returned looking for bargain hunting opportunities as investors assessed the latest round of Western sanctions against Russia, the severity of which seems have fallen short of expectations.

Russian President Vladimir Putin ordered a military attack on Ukraineon Thursday, a move that boosted market volatility. Putin said Russia doesn’t plan to “occupy” its neighbor, but that action was necessary after the US and its allies crossed Russia’s bottom line by expanding the NATO alliance. Russian forces are reportedly pushing closer to occupy Kyiv, Ukraine’s capital city.

President Joe Biden retaliated with stiffer penalties, including actions against five major Russian banks. The sanctions do not include barring the nation from the SWIFT payment network, which is crucial to the settlement of crude oil and other natural recourses for Russia. There is also a lack of evidence to restrict Russian oil and gas exports, which are important source of energy to the European Union. This may explain the wild swing in equities, crude oil and gold overnight, as investors shrugged off concerns about tougher punishments from the west that may add supply constraints to the energy market.

Gold prices pulled back to $1,910 from an intraday high of $1,974 – a level not seen since September 2020 – as heaven-demand ebbed during the late hours of trading. Still, heightened geopolitical risk is expected to keep the yellow metal afloat as the Ukraine situation remains highly fluid and ambiguous.

Brent Crude oil prices retreated to below the $100 mark as traders assessed the impact of Western sanctions, which left Russian oil exports largely intact. Meanwhile, the US is working with major consuming nations to coordinate releases from strategic reserves to contain rising energy prices. Rising oil prices will translate into higher inflation, which may urge the Federal Reserve and other central banks to consider more aggressive tightening approaches. The Fed is widely expected to raise interest rate by 25bps at the March FOMC meeting. With oil prices surging towards $100 bbl, the likelihood of an earlier hike is probably rising. 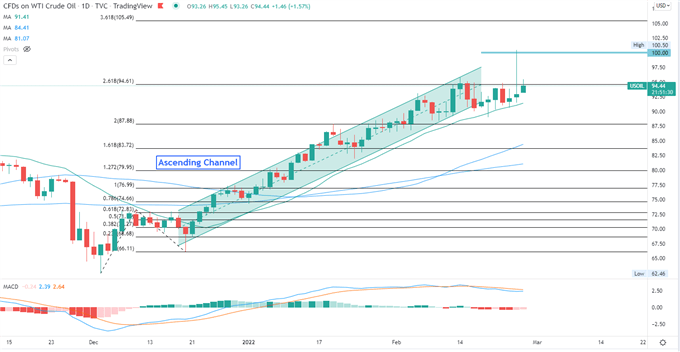 Asia-Pacific markets look set to open mixed on Friday following a positive lead on Wall Street.Futures in Japan, Australia, Singapore, India and Indonesia are in the green, whereas those in mainland China, Hong Kong, South Korea, Taiwan, Malaysia and Thailand are in the red.

Alibaba reported quarterly earnings that fell slightly short of market expectations. Revenue came in at 242.6 billion yuan, compared to a 246.4 billion yuan estimate. EPS came in at 16.87 yuan, versus a 16.18 estimate. The 10% YoY growth in revenue is the slowest pace of growth since the company is listed in 2014. The e-commerce giant is facing multiple headwinds including a slowing economy, tepid consumer spending, intensified competition and regulatory scrutiny. Alibaba’s share price has fallen over 60% from its 2020 peak.

The Nasdaq 100 index is trending lower within a “Descending Channel” as highlighted on the chart below. Prices formed consecutive lower highs and lows over the past few weeks, underscoring a downward trajectory. An immediate support level can be found at 13,660 – the 161.8% Fibonacci extension. The MACD indicator is flattening beneath the neutral midpoint, suggesting that the overall momentum remains weak. 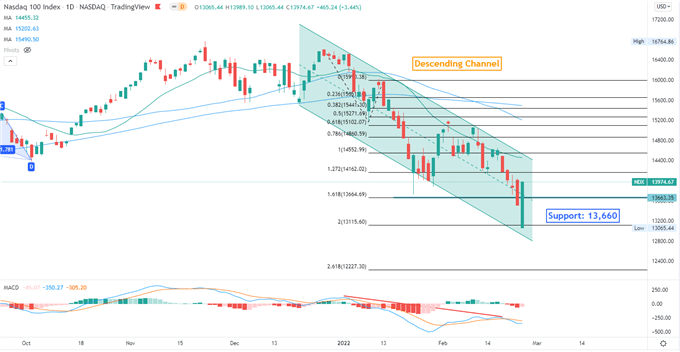 The Hang Seng Index (HSI) breached below an “Ascending Channel” as highlighted on the chart below, suggesting that near-term trend has turned bearish. Prices are testing an immediate support level of 22,800 – the previous low seen in the end of December and early January. Holding above this level may pave the way for a technical rebound. The MACD indicator formed a bearish crossover and trended lower, underscoring bearish momentum. 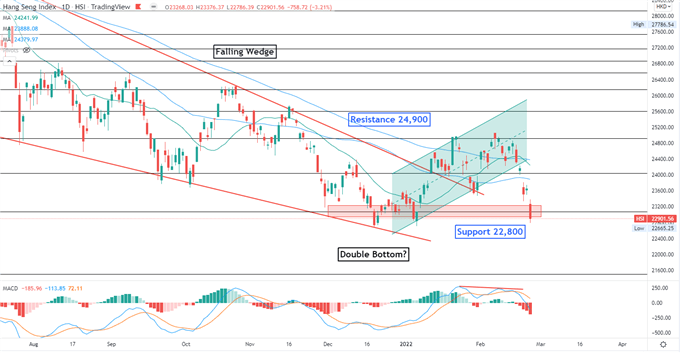 The ASX 200 index formed a “Double Top” chart pattern and has since entered a technical correction. Prices formed a bearish long-range bar on Thursday, underscoring downward momentum. An immediate support level can be found at 6,960 – the 23.6% Fibonacci retracement. Breaching below this level may intensify near-term selling pressure and expose the next support level of 6,758. The MACD indicator formed a bearish crossover, suggesting that a technical correction is underway. 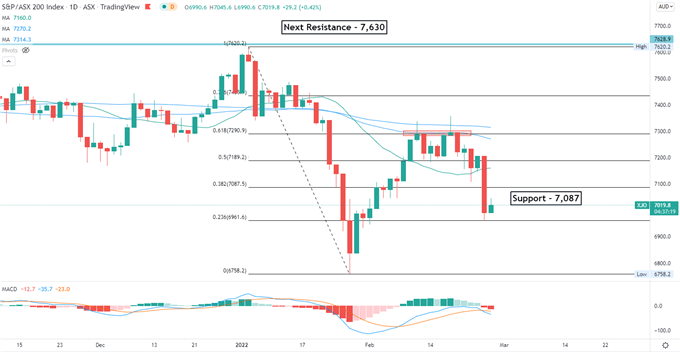