Aviva looks ahead to 2021 FY earnings on Wednesday, amid expected share buyback and increased dividend payment. 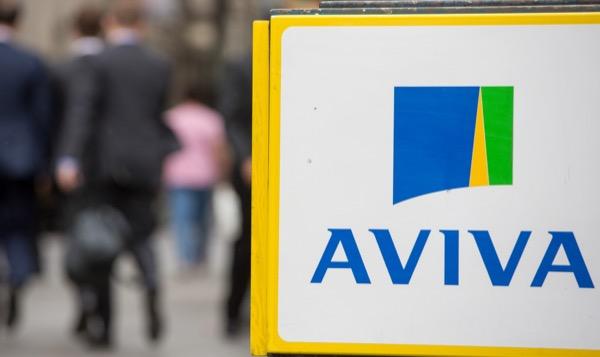 Aviva’s share price has given back most of its early 2022 gains by dropping by around -8% from its early February high at 448 pence in the wake of Russia’s invasion of Ukraine which sent equity markets tumbling ahead of Wednesday’s full-year (FY) results.

The recent sell-off may help investors buy the stock, which technically continues to look bullish in the medium-term, at discounted levels. The insurer plans to reduce the number of shares in the market, which should support the price and dividends per share, something investors will keep a close eye on, as most hold Aviva as an income-generating stock.

Aviva CEO, Amanda Blanc, is preparing to return more than £4 billion to shareholders in the form of a special dividend and share buyback, having come under pressure to return more capital to shareholders after Cevian, Europe’s largest activist investor, increased its stake in the company to £802 million last year.

Investors may be further buoyed by the insurer’s recent performance, with the company having reported that net flows into its savings and retirement business for the first nine months of the year had risen by +21% to £7.3bn, compared to the same period in 2020.

Shareholders will be hoping that the fourth quarter (Q4) delivered similarly impressive results, as they await an update on Blanc’s new strategy and pledged shareholder returns. She has shrunk Aviva’s sprawling realm by selling overseas businesses to focus on the UK, Ireland and Canada.

Analysts believe Aviva could generate £1.3 billion in free cash flow by 2023, which may lead to a dividend of around 42 pence per share, up from the 21p paid for 2020 and the projected 22.5p for 2021. It will be interesting to see, though, what damage insurance claims from recent storms have done to the company’s cash reserves.

Having spent much of 2021 in a sideways trading range between 367p and 422p the Aviva share price started the new year on a strong footing, rising by nearly 9% before rapidly giving back those gains in the last few weeks.

Nonetheless the long-term uptrend from the 2020 lows remains very much intact with the 2020-2022 uptrend line coming in at 402p. As long as it and the minor psychological 400p region continue to underpin the share price, the bulls should remain in charge.

From a shorter-term perspective the 200-day simple moving average (SMA) at 407p has also held over the past three consecutive days. A rise and daily chart close above the 21 February high at 438p, is needed, though, for the longer-term uptrend to resume with the 450p region then being back in the limelight, together with the July 2006 low and the May 2008 high at 455p to 463p.

Below the 400p mark minor support can be found around the 388p level, where the May, September, October and mid-November lows were made.

Key support remains to be seen in the 371p to 364p zone which contains the November 2019 high, July and November 2021 lows. While it holds, the long-term uptrend remains intact.