March is poised to be a history-making 31 days. Apart from the fierce conflict between Ukraine and Russia, the financial world is also expecting critical decisions to change the game. 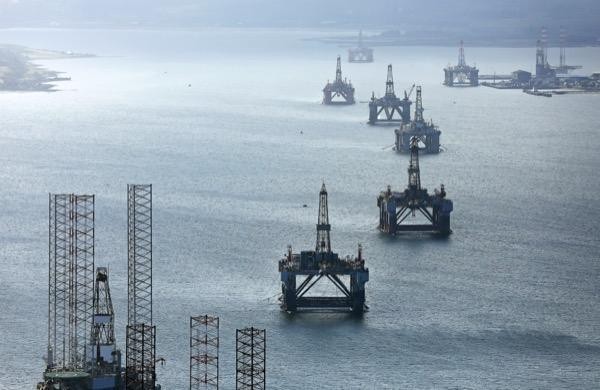 March 2022 is poised to bring 31 historic days. Apart from the fierce conflict between Ukraine and Russia, the financial world is expecting critical decisions to change the game.

FED: To hike or not to hike

On March 16th (US time), all eyes will be on the FOMC meeting, which is expected to be one of the history-making events to lift the US’s interest rate first time since December 2018. At the moment, the market has priced in up to seven rate hikes for 2022, meaning that a rate hike in March will potentially kick off a consecutive series of rate changes and bring the interest rate to its highest marks since 2018.

February CPI data shows that US consumer prices increased at their fastest pace since the early 1980s. As a result, the market anticipates at least a 25-basis-point hike from the mid-March meeting, and the interest rate will conclude at 2% by the end of this year to curb the four-decade-high inflation.

More importantly, Chairman Powell’s speech at the March meeting would provide more clear clues for the US central bank’s position for its monetary policy. Considering the tension in Eastern Europe, it has baked in more uncertainty and complicacy into the economic outlook for the US locally and globally.

Where is the top for commodity prices?

During the first two months of 2022, prices for commodities such as energy and grains have surged higher and higher as the prospect of the server supply interruption following the Russian invasion. As shown in the below chart, the crude oil price has jumped up over 10% last month with Brent crude oil price hitting the $100 level by the end of the month. Metal prices surged significantly as well, led by the cost of aluminium which has marked a new all-time high in February. The agricultural commodity is no exception: the price of wheat is climbing by an eye-widening 20.82%, mainly because Russia contributes to 30% of global demand for the grain. 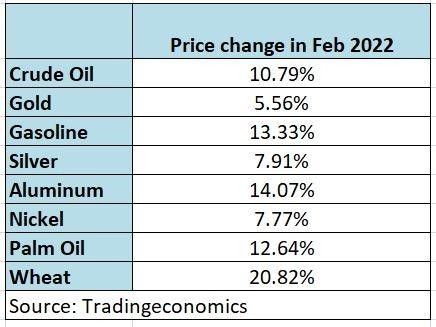 On the 2nd of March, the OPEC meeting will reveal whether its member countries will increase their output by more than the agreed 400k barrels to ease the mounting price pressure. However, as Russia is part of the OPEC+ collective, it would be too optimistic to expect a game-changer out from the next meeting.

From a technical standpoint, Brent crude oil’s up-moving journey since May 2020 has printed an upward trajectory with only three mild corrections noted for the past two years. Up to this week, the oil price has touched the upper ceiling of the moving boundary and betrayed all the key weekly-moving averages. Looking ahead, the momentum for bulls is anticipated to stay as long as the geopolitical conflict and production issues remain unsettled. 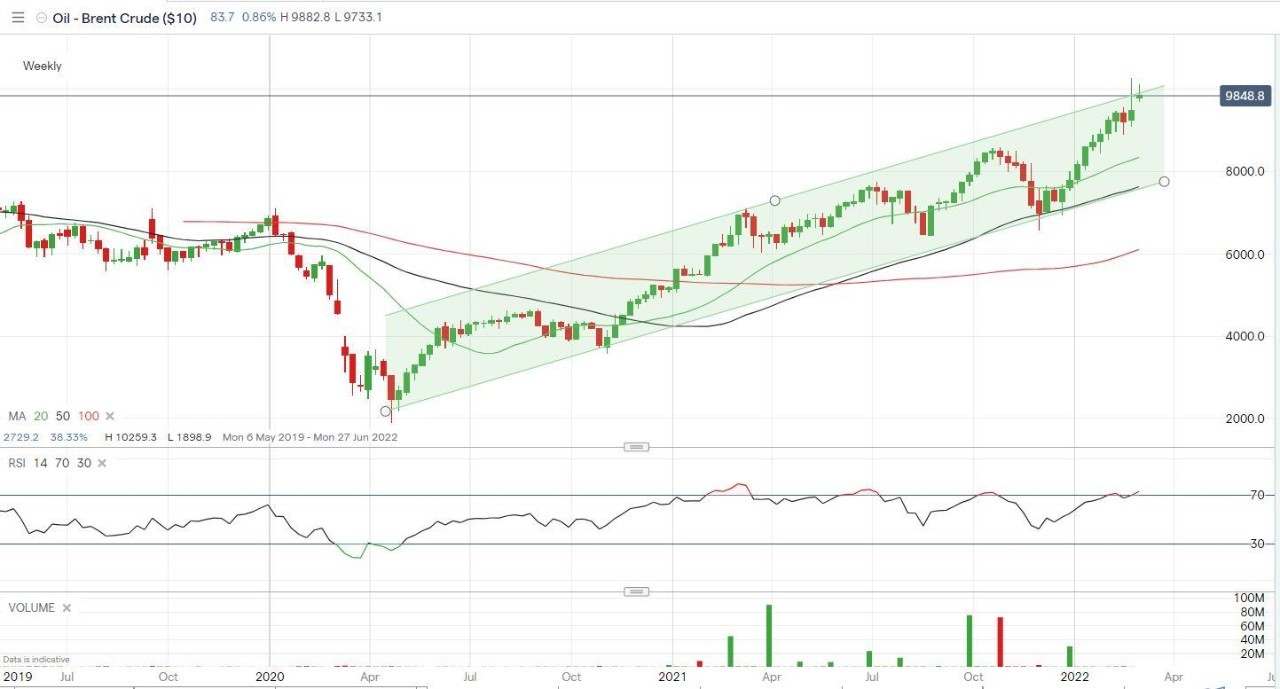 The first two months of 2022 have been an impressively volatile journey for the global stock market. The share market in the US led the fall as Nasdaq lost almost 15% while the S&P 500 and Dow Jones dropped 8.8% and 7.8%, respectively. In the eastern region, the Hong Kong share market was seemly the best performer with only a 2.6% drop. However, the index has touched down to its two-year-low level on the last day of February. Only the FTSE 100 survived the downfall with a mild 0.2% gain.

From a technical point of view, the US share market has shown some early signs of a boost since last week after digesting the latest sanctions against Moscow and the first round of peace talks. Take S&P 500 for example, it looks like in the chart that the index has broken through the downward moving tunnel, and successfully stands above the previous trend line. The next challenge for the S&P 500 would be the 20 days moving average which sits at 4402 at the moment. 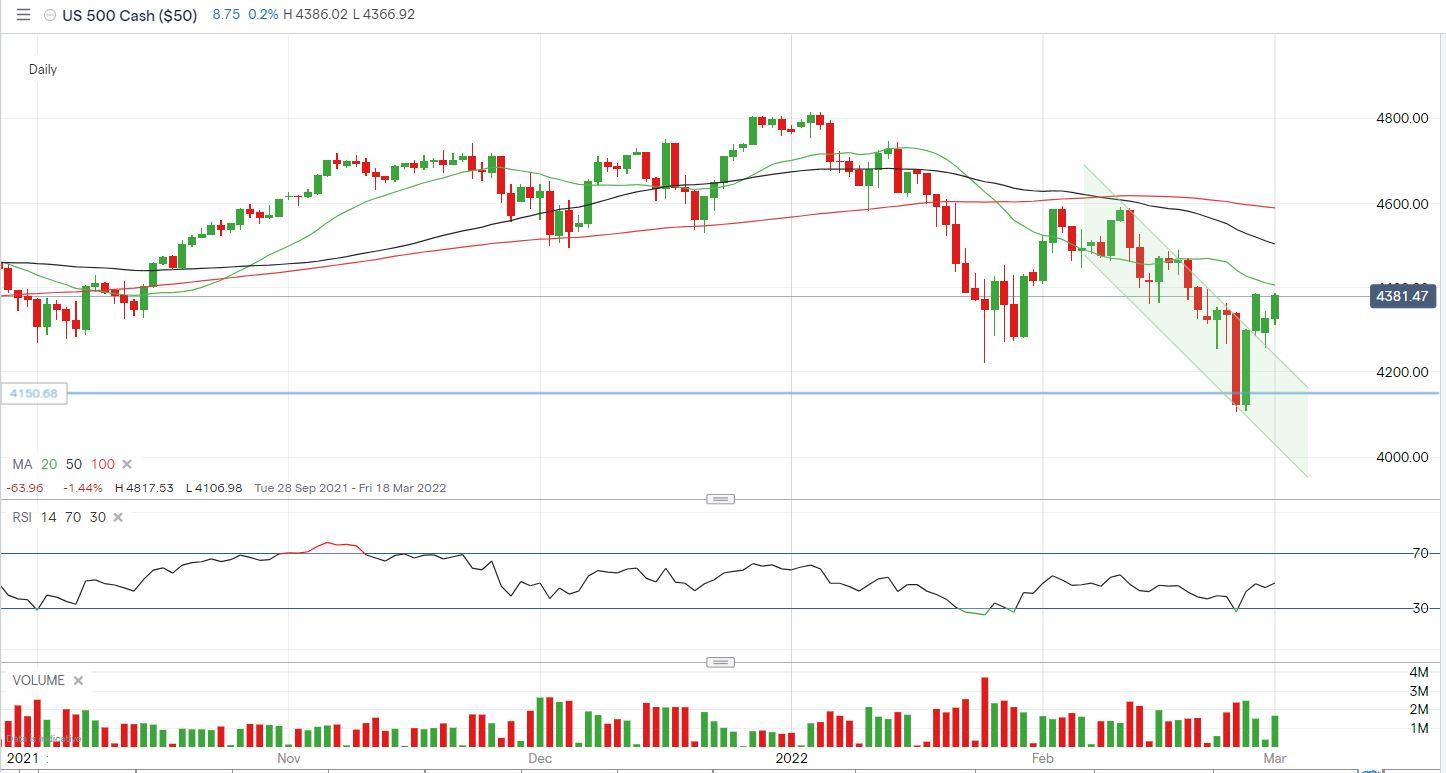 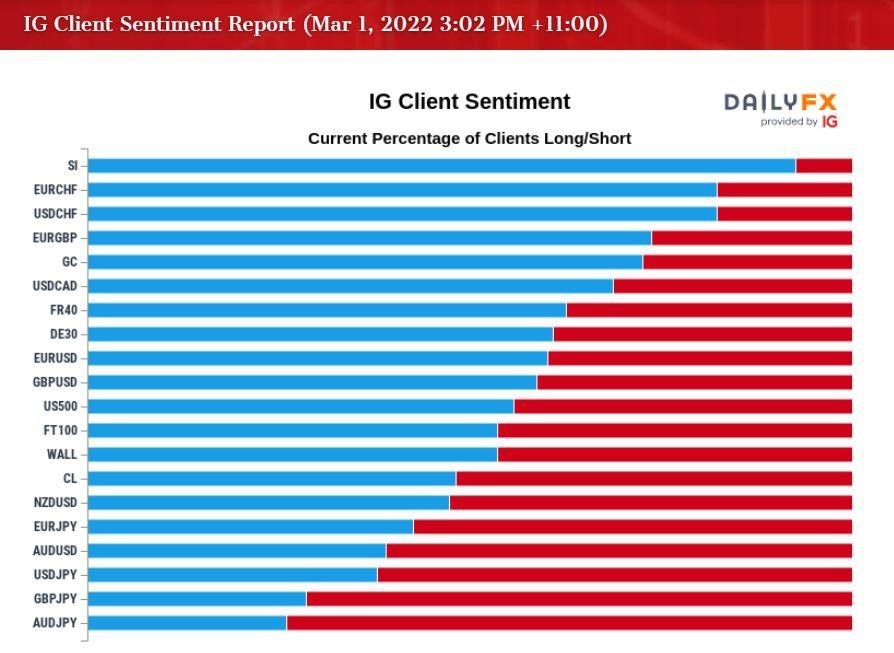