The Bank of Japan is set to hold their monetary meeting across 27 – 28 April 2022, with the meeting bringing updated forecasts on growth outlook and inflation. 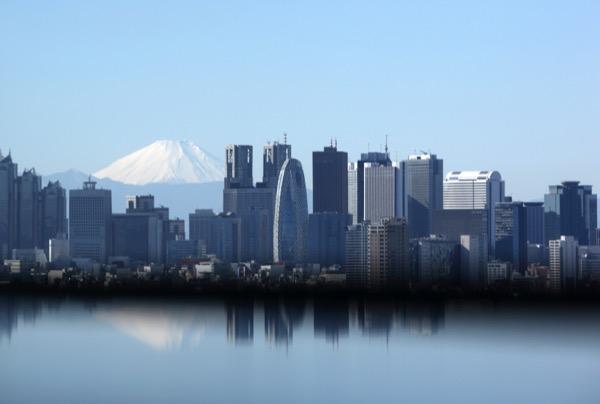 Policy tools to see no change for now, but central bank’s views on yen weakness will be in focus

The recent eye-catching moves in the forex market will evidently be the sharp decline in the Japanese yen, as the Bank of Japan (BoJ) continues to defend the cap on its 10-year bond yields through the unlimited buying of Japanese government bonds. This marks an ongoing commitment to its accommodative monetary policy stance while its global peers move in the opposite direction with rate increases, fuelling the yen weakness on policy divergence.

While the upcoming meeting is largely expected to see the BoJ keeping its current policy stance unchanged, the sell-off in Japanese yen is translating into greater pressure for the central bank to respond. A weaker yen serves as a double-edged sword for Japan’s economy. On one hand, it makes Japan’s exports more competitive but on the other hand, soaring energy and commodities prices will be more hurting to its businesses and consumers. Keeping its current policy settings unchanged for now will include maintaining its target of -0.1% for short-term rates and 0% for the 10-year bond yield, under its policy of negative interest rate policy (NIRP) and yield curve control (YCC).

The views of BoJ governor Haruhiko Kuroda on the currency will be in focus. He has previously stuck to his view that a weaker yen is beneficial to Japan's economy but recent plunge in yen to a two-decade low has seen him averting talks on the currency. He will likely continue to defend the easing stance in monetary stimulus on the basis of a more subdued inflation dynamics and the unsustainable nature of current cost-push inflation. That said, he will find himself walking on a thin line in providing his communication between sticking to the easy policies and the implications of a weaker yen on the economy. 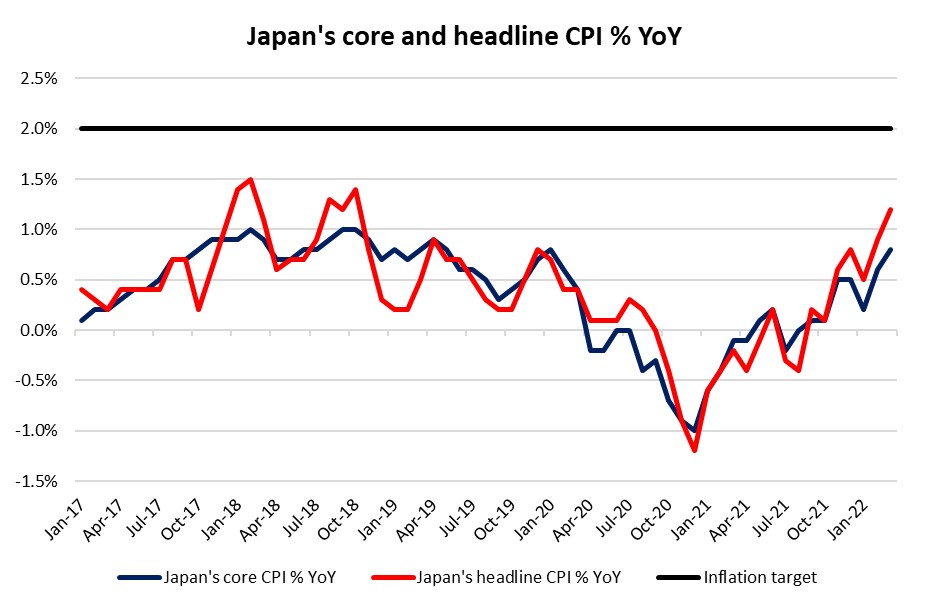 With the upcoming release of its outlook report, the meeting will bring about a fresh round of updates on growth and inflation outlook. With the added economic uncertainty of the Ukraine-Russia war from its previous forecasts in January, the BoJ will likely have to revise its core consumer price index (CPI) forecast higher for this year, while growth projections will likely see a downward revision from its previous forecast of 2.8%. The International Monetary Fund (IMF) has recently slashed the country's economic growth forecast for 2022 to 2.4%, from its earlier estimate of 3.3%.

For now, the central bank may continue to argue that the current inflation reading at 1.2% is still below its desired target of 2%. It can probably get away with some benefit of the doubt but may face an increasingly difficult task to convince the markets ahead if inflation prints continue to turn in higher. To recall, the Federal Reserve (Fed) has also sticked to its stance of inflation being ‘transitory’ until it was eventually forced to drop that term and adopt a more hawkish stance in its policies.

Any hints of adjustment to yield curve control on watch, though unlikely

Any hints of an adjustment to its yield curve control, although unlikely, will be on watch as well. The IMF has previously suggested that the BoJ consider targeting the five-year yield under its YCC to ease the strains caused by its ultra-loose policy on financial institutions. Any indications of such shift, which will clearly be deemed as a surprise, may prompt a knee-jerk reaction in the yen to the upside. Much will depend on how the BoJ will respond to recent market talks of yen weakness and whether such a shift is preferred over the longer-term.

The Japan 225 index continues to trade in a downward trend, with a series of lower highs and lower lows since September last year. A recent attempt to break above the 27,000 level failed to sustain, as risk sentiments remain fragile with market participants grappling with steeper Fed’s rate hikes ahead, along with China’s Covid-19 risks. The 27,000 level will continue to be on watch as key resistance, where a 38.2% Fibonacci retracement level lies. Further downside may drive a retest of the 26,000 level next.

Widening bond yield differentials from policy divergence have been the key factor driving USD/JPY to its highest level since 2002. A look at the Fed funds futures suggests market pricing for back-to-back 50-basis point (bp) hike in the next three Federal Open Market Committee (FOMC) meetings, which marks a sharp lean towards the hawkish end from just a month ago. For now, the US 10-year Treasury yield continues to trade with an upward bias with the higher highs and higher lows since August 2020, with any increase likely to provide further tailwind for the currency pair.

With the Japanese yen’s weakness, market participants will continue to grapple with the potential level for authorities’ intervention, with the 130.00 level closely watched by market participants ahead. In the event where that level is breached, longer-term technicals may suggest the 134.00 level to be on watch next.