Over the short-term, the euro is the best performing FX major, while the Swiss franc is the worst. 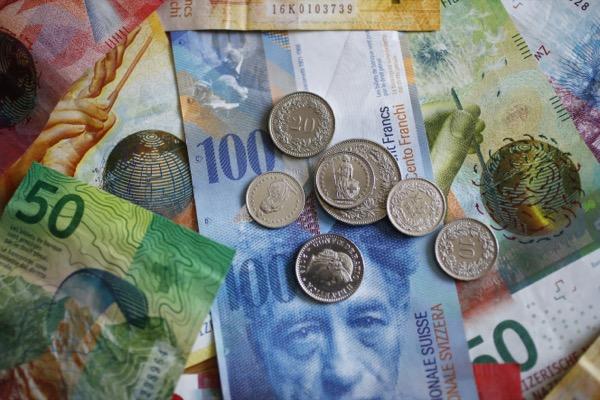 EUR/CHF price trend emerges as the strongest across FX majors 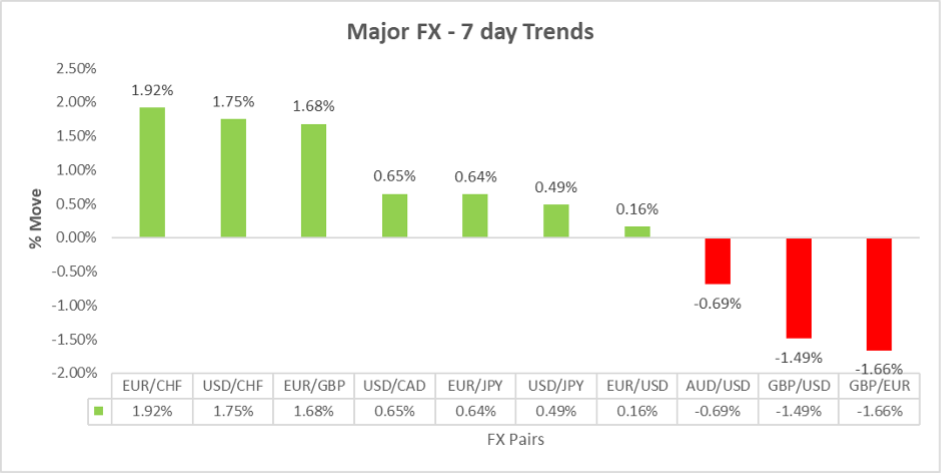 Over the last seven trading sessions we have seen the euro (EUR) emerging as the best-performing currency against the majors, while the Swiss franc (CHF) has been the worst.

In turn, the EUR/CHF uptrend has emerged as the strongest near-term trend in place right now among the ten major currency pairs covered.

The European Central Bank (ECB) has become increasingly hawkish as of late. Current asset purchasing programmes in place are expected to end in the third quarter of the year, although there have been hints by policymakers that these stimulus measures could end as soon as June this year.

The end of the ECB’s asset purchasing programmes would make way for the first rate hike in roughly 11 years. An inflation print of 7.5% for April 2022 for the euro area, lead by soaring energy costs, is now starting to prompt the suggestion that rates could rise as soon as July to tackle persistently higher prices.

While guidance has been towards a September hike, the short-term probability of an increase in July is gaining ground.

While the ECB has become progressively more hawkish in terms of its guidance, the Swiss National Bank (SNB) has provided a more dovish tone to commentary.

SNB chairperson, Thomas J. Jordan, has recently said that inflation (which was reported in April at 2.5% annualised) is not yet a reason to raise lending rates.

The prime lending rate in Switzerland is currently -0.75%, the most accommodative in the world.

The EUR/CHF has broken out of a triangle shaped consolidation.

While triangle consolidations are said to pre-empt a continuation of trend, in the current scenario the pattern has been a precursor to a short- to medium-term trend reversal.

The upside breakout has now also moved the price back above the 200-day simple moving average (blue line), a suggestion that the longer term EUR/CHF downtrend has now been broken. 1.0605 provides the initial upside resistance target from the move.

Traders not yet long might hope for a pullback from overbought territory and towards the 1.0345 support level for entry, using a deeper pullback instead as a failure indication for the trade.