Tesla’s share price has slid below the two-year long trend line, a dangerous alarm for long-buyers. WTI oil and Bitcoin prices are moving towards new lows. 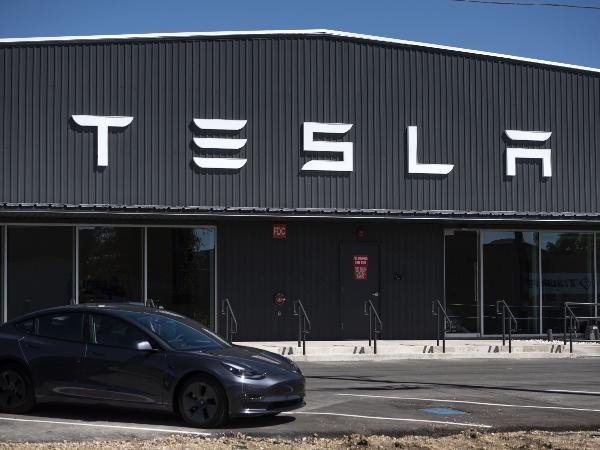 Global investors continued to hit the sell button this week across equity and currency markets as trepidation grew that neither a recession in the US nor a devastating break in China’s economic growth was avoidable. The ASX has been on the back foot for six consecutive weeks and now comes to the lowest level in more than three months.

The currency and commodity markets were also surrounded by fear. Oil prices retreated near the $100 threshold as the demand outlook was darkened by China’s months-long lockdown. The panic escape from the risk asset has caused a freefall in the crypto community as the biggest cryptocurrency, Bitcoin, plunged 20% in five days.

Earlier this week, Tesla’s factory in Shanghai was reported to haved encountered production issues as China locked down the 25 million strong city in a controversial attempt to eliminate Covid-19. Although Elon Musk’s company denied an outright shutdown, Tesla stock still fell 9.1% on the narrative.

More than 15% of U.S. companies with operations in Shanghai reported their businesses remained fully shut as production capabilities were sharply reduced due to a lack of employees and supplies.

The other factor that triggered the selloff stems from concern that its founder and CEO Elon Musk would offload more stock to help fund the takeover of Twitter. Two weeks ago, Musk sold $8.5bn worth of shares in Tesla after reaching a deal to buy Twitter with $21 billion of his own money.

As such, the share price of Tesla has slid below the long-term trend line in the weekly chart, a dangerous alarm for the long-buyers.

Below this level, it’s a fair prediction the price will meet the 100-MA if the momentum persists. On the other side, only a bounce above $855 and the descending trendline can restore the buyer’s confidence in the EV master’s stock. 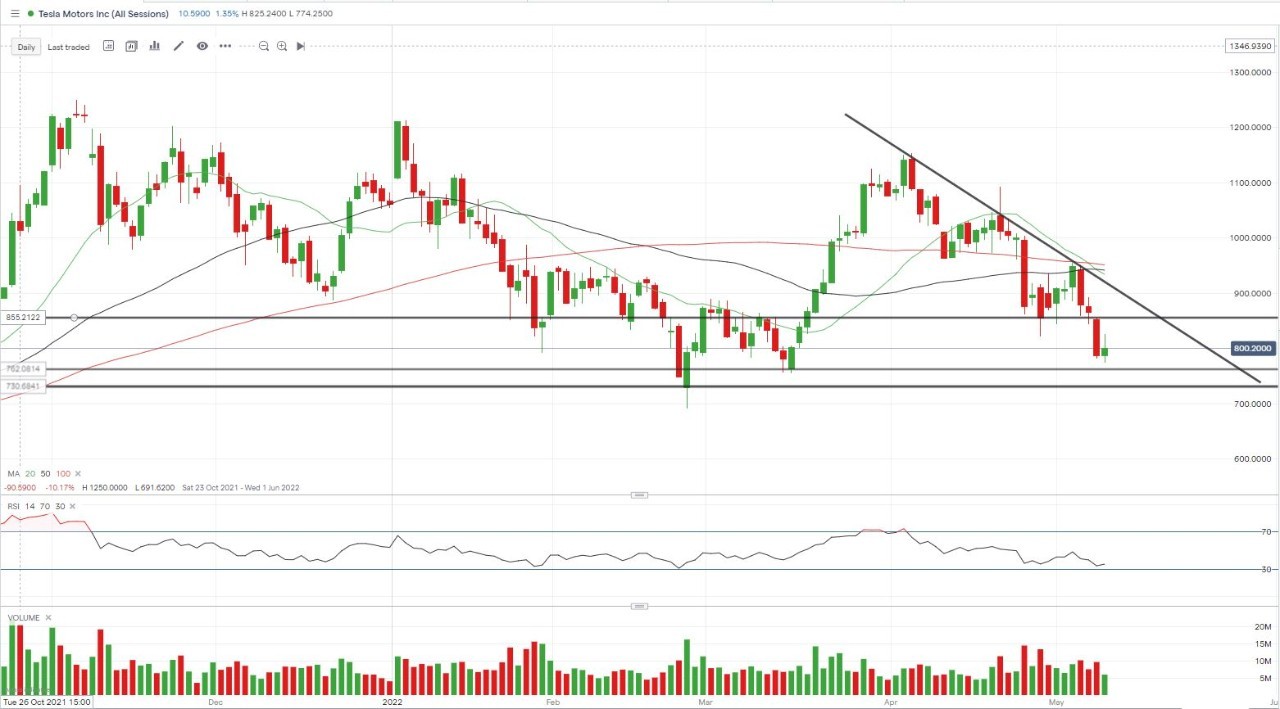 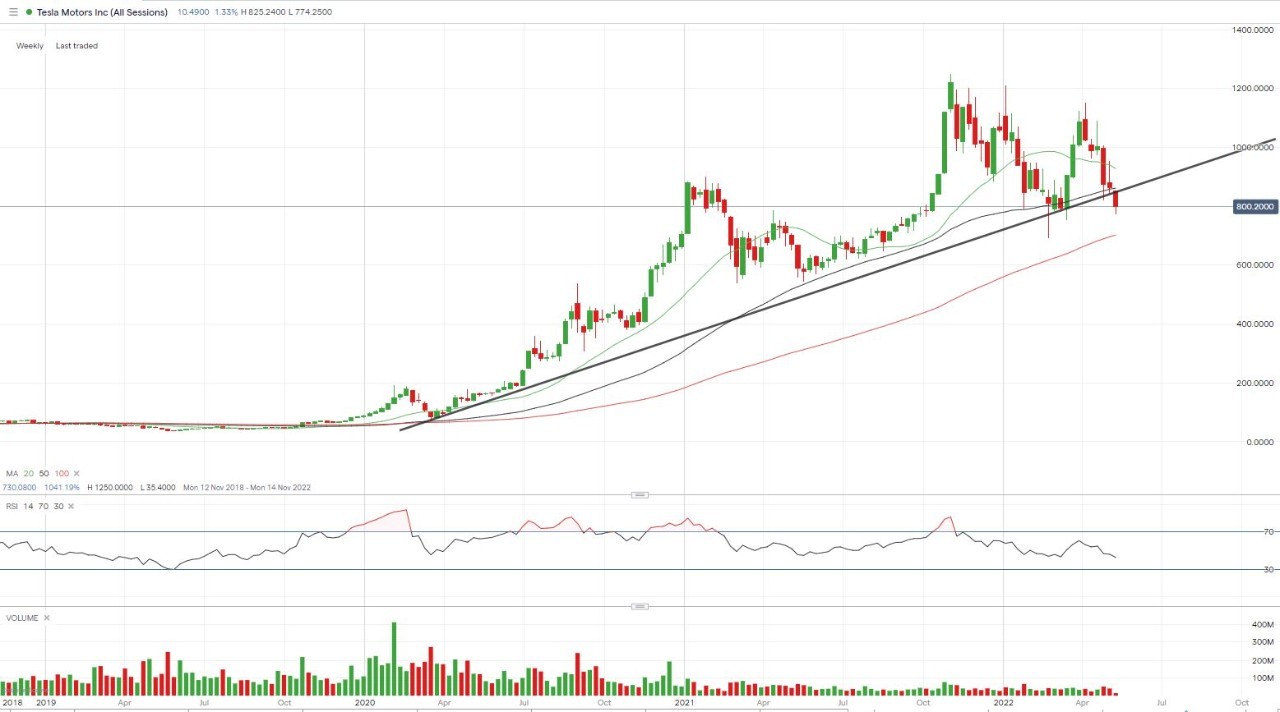 WTI crude oil prices are set to move further down as the cloudy demand outlook is driven by China’s lockdown, even though the supply issues persist as the EU plans to ban Russian oil completely. From a macro perspective, Central banks are making aggressive shifts to combat rising prices with the elevated risk of kicking the economy into recession, which would further work to worsen the appetite for energy commodities.

Meanwhile, Saudi Arabia’s state-run Saudi Aram confirmed this week that it would reduce oil prices for June, a clear signal that the major OPEC producer sees demand trailing off, given the uncertainty around the global economic outlook.

The price of WTI oil is retesting on the long-term support line with-100 days MA. A sustained move over this level will indicate the presence of buyers while on the flip side, massive selling pressure will resurface to see the price pullback $95.3—a level that would erase all the gains for the past two months. Only a move above $103 could be viewed as a sustainable bull-biased sign for the buyers looking for the upside. 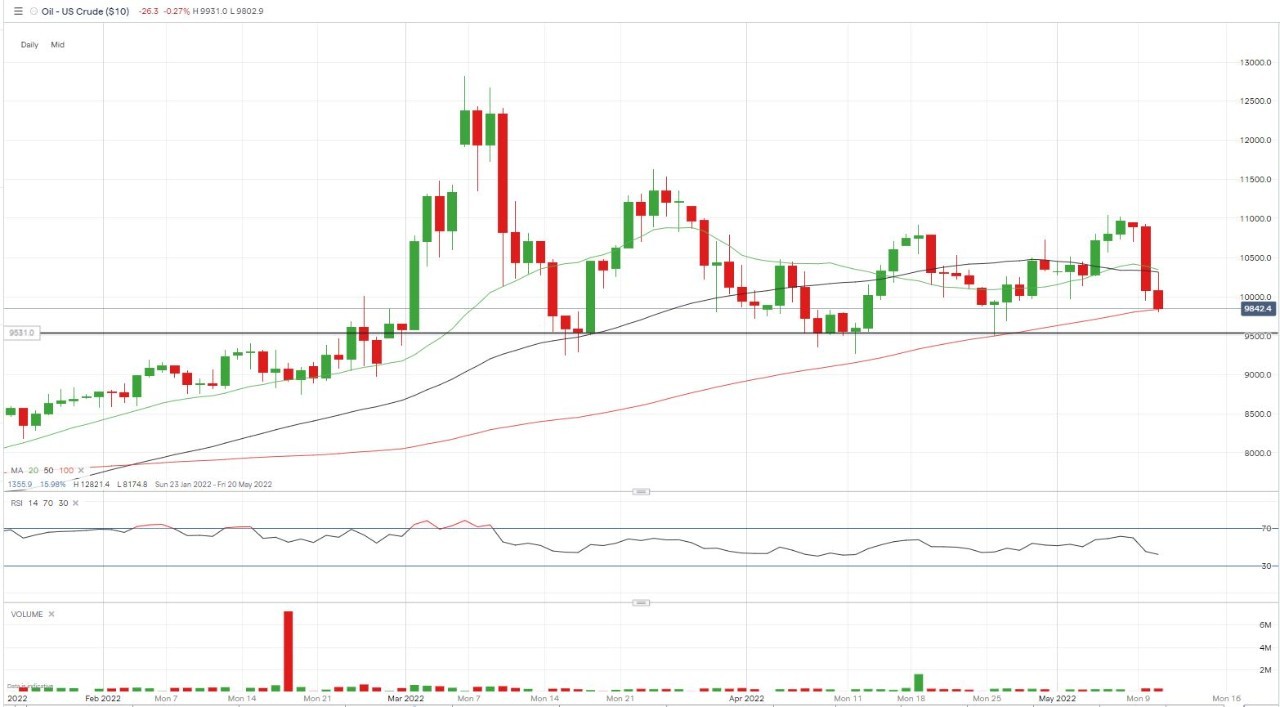 The risk-sensitive Bitcoin prices have dropped over 20% since last Friday and look likely to break through 30k in the upcoming days. Most crypto prices have suffered turbulence lately, mainly triggered by the risk-off momentums that the capital is chasing a haven for the forthcoming tough time. On the bright side, Australians will welcome the delayed cryptocurrency ETF funds on Thursday, 12 May.

From a technical point of view, the push below the January low, and the 30k threshold represents that a major downward risk is ahead. The next level to be eyed for potential support will be down to 24k if such an event occurs. On the slip side, the price will face pressure at 35621 if the most-popular coin seeks a leg up. 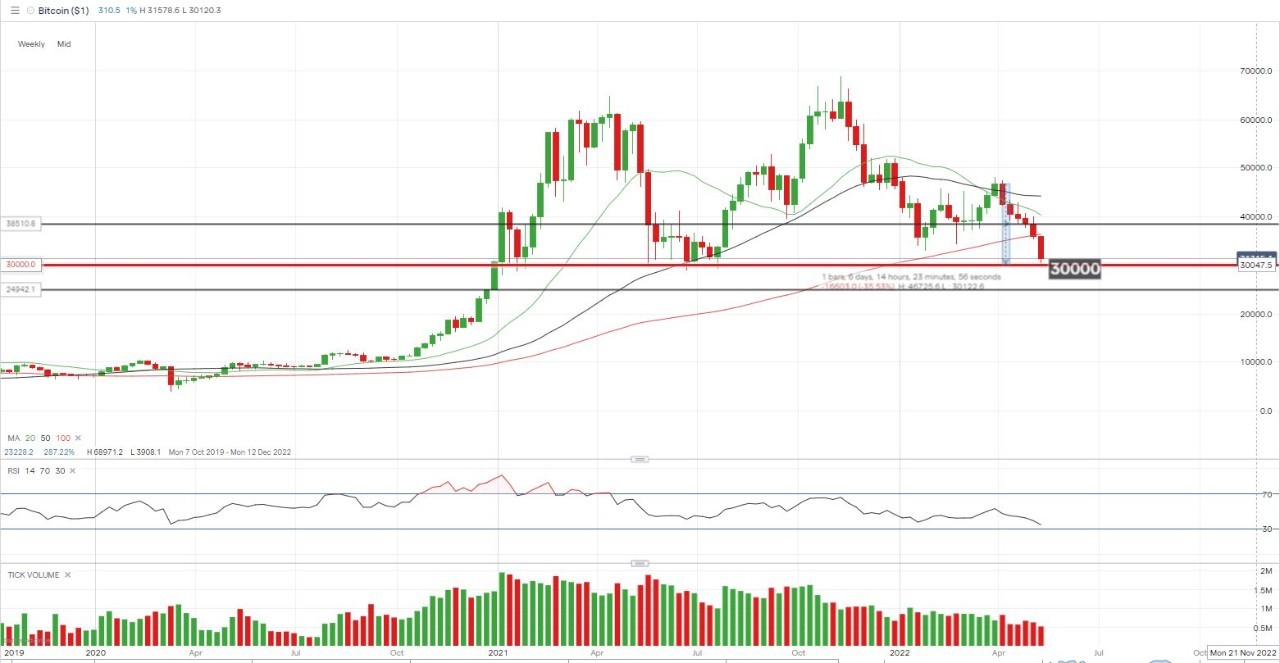