USD/JPY remains range-bound after a move lower lacked follow through; JPY direction might be hostage to broader moves in the US dollar and yen weakening has paused. 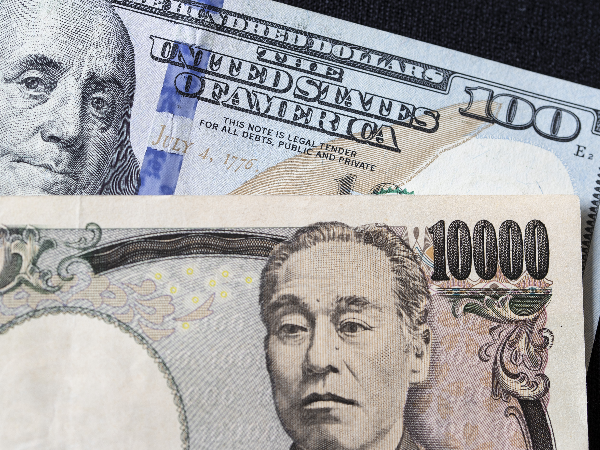 USD/JPY spent last week straddling the late April low of 127.03. When it initially moved below that level, the price exhibited very little follow through, making a low of 126.36. This could indicate a lack of conviction to press lower and support might be at that low. Further down, the break points at 125.10 and 125.28 may provide the next support zone. The March low of 121.32 could also be a support level to watch.

The consequent sideways price action appears to confirm that the range trading environment remains intact for now. Prior to this set-up, USD/JPY had been in an ascending trend channel. The 19th April was the day that JPY was at its historical lowest ebb against the CNY. When that CNH/JPY peak was made, China started to devalue CNY via USD/CNY and consequently, JPY stopped weakening more broadly.

The period since 19th April has seen the 5-, 10-, and 21-day simple moving averages (SMA) move above the price and turn from positive to negative gradients. This rolling over of the short-term SMAs potentially indicates near-term bearish momentum. Offsetting this, the medium- and long-term SMAs, represented by the 55- and 200-day SMAs, remain below the price with positive gradients, illustrating possible bullish cues over a somewhat longer time horizon.

This clash of momentum signals further supports the possibility that a range-trading setup may persist. If the price breaks above the short term SMAs or below the 55-day SMA, momentum could gather in that direction. On the topside, the recent highs of 131.26 and 131.35 could offer an area of resistance. A break above those 20-year peaks may see a possible test of the resistance zone at the January and February 2002 highs of 135.01 – 135.16. 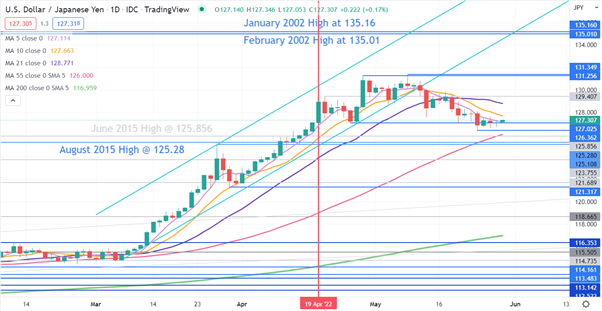