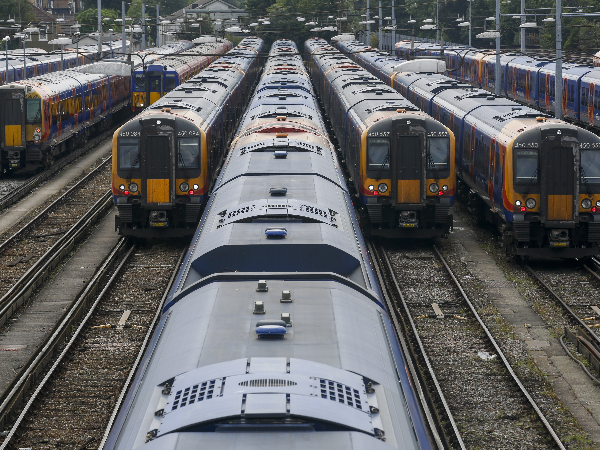 But having now recovered to 135p, it could be on the road to increased profitability.

And after selling all three of its North American businesses, including Greyhound, for their ‘full strategic value’ of $4.6 billion, its balance sheet has been de-risked, and its pension position strengthened.

In further good news, FirstGroup has been awarded a new National Rail Contract for Great Western Railway, with a core three-year term to 2025, and an option to extend for a further three years.

While the FTSE 250 company expects ‘some uncertainty’ around the pace of recovery it nevertheless anticipates ‘significant further progress’ in fiscal 2023. Encouragingly, it’s reinstating dividends, proposing a 1.1p dividend for FY22, and the ‘potential for further additional distributions to shareholders over time.’

Executive Chairman David Martin enthuses that ‘the Board's confidence in the prospects for the Group is reflected in the decision to commence dividend payments.’

And CEO Graham Sutherland effused that ‘with leading positions in bus and rail, a strong balance sheet and a clear purpose, FirstGroup has many opportunities ahead to deliver sustainable shareholder value creation.’ 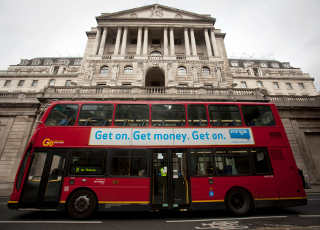 Where next for FirstGroup shares?

First Bus passenger volume is now at 76% of pre-pandemic levels, and while ‘clearly sensitive to the broader consumer spending outlook,’ is expected to increase as workers and tourists return to commuting and leisure travel. Rail travel has experienced a similar recovery, with Department for Transport statistics showing it at 80% of pre-pandemic levels.

Moreover, FirstGroup’s share price could benefit from the chaos engulfing IAG, easyJet and their competitors, with more consumers choosing to holiday at home.

PC Agency consultant Paul Charles thinks ‘staycations have become more popular during the pandemic and will continue to be sought after this year. Some are put off by airport issues, other consumers don't want to pay for flights.’

In addition, FirstGroup recently received an unsolicited £1.2 billion approach from I Squared Capital Advisors. The US private equity group offered 118p per share and an additional 45.6p per share contingent on the First Transit earnout and Greyhound sale proceeds.

The board unanimously rejected the offer, concluding that it ‘significantly undervalues FirstGroup’s continuing operations and its future prospects,’ and noting that the 45.6p additional payment lacks ‘sufficient certainty.’

However, this could be just the start of a potential bidding war. Placing a 160p target on the FTSE 250 stock, RBC Capital Markets analyst Ruairi Cullinane expects ‘FirstGroup shares to outperform further on a longer-term view, although near term share price performance is likely to depend on whether a firm offer on improved terms is made.’

FirstGroup is not the first undervalued UK travel stock to receive attention from foreign private equity. In May, German asset manager DWS snatched Stagecoach from underneath National Express in a £595 million deal.

And today, Go-Ahead Group has accepted a £648 million, or 1,500p per share offer from Australia’s Kinetic. At least one other group, Kelsian, had also made an offer. The takeover battle had already pushed the share price to 1,360p last night.

But this still leaves the UK transport sector full of companies reeling from the pandemic, that nonetheless boast strong defensive qualities and underlying fundamentals.

Consumers are starting to give up their cars due to rising fuel prices, and the government is now offering longer-term contracts to bus and rail network providers, offering reliable income stability.

FirstGroup highlighted what it sees as an ‘inflection point for government support of public transport in the UK.’ With fuel prices becoming a political hot potato, the UK could soon even mimic Germany’s €9-a-month summer ticket scheme which covers all buses and trains excluding long-distance.

Of course, FirstGroup is contending with several headwinds, not least the rising cost of fuel and employee pay.

Its four major UK rail operating companies are about to be hit by the largest strike in a generation. After government subsidies tripled to £12 billion during the pandemic, state-owned Network Rail now wants to save £100 million a year in ‘workplace reform.’ Unions have interpreted this as job cuts and below-inflation pay offers.

50,000 Rail, Maritime and Transport (RMT) union members are striking for three days from 21 June, with 6,000 more from the Transport Salaried Staffs Association (TSSA) set to be balloted.

But with private equity interest and upwards financials, FirstGroup’s share price could continue its positive trajectory.