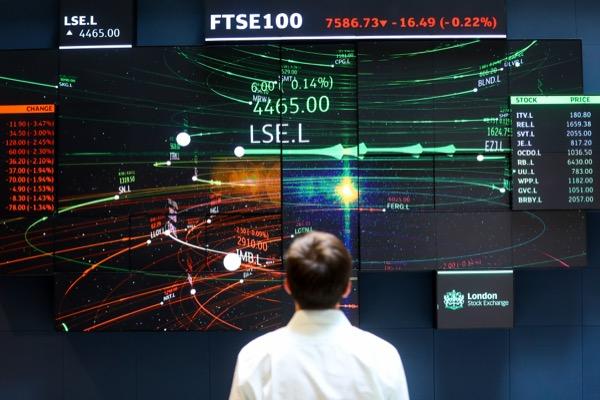 Over the past few months European and US equity indices have been sliding on fears of a global recession rearing its head amid soaring inflation and aggressive central bank tightening policies.

During that time the US dollar surged to multi-decade highs on safe-haven currency inflows but several commodities, including gold, wheat and oil, slid to below pre-invasion of Ukraine levels.

The drop in commodity prices, which points to lower future inflation, made some market players think twice about reading too much into backward-looking inflation data and instead focussed their minds on central bank monetary policy.

As traders reassessed the Federal Reserve’s (Fed) policy tightening path and lowered expectations for a bigger 100-basis point (bps) rate hike at the next Federal Open Market Committee (FOMC) on 26 to 27 July, global equities began to stabilise and form at least interim bottoms.

Friday’s bullish reversal and rally was boosted by comments from hawks such as the Atlanta Fed President, Raphael Bostic, and St. Louis’s James Bullard who both stated that the Fed is on track to raise rates by 75-basis points for a second month in a row, pushing back against speculations for a larger full percentage point increase.

Technical reversals seen across the board

The FTSE 100’s advance above last week’s high at 7,225 could be the first stepping stone in a prolonged summer rally if the index were to manage to close above it on Monday on a daily chart closing basis.

If the late June high at 7,362 were to be exceeded as well, a larger double bottom would be formed with its upside target being found around this year’s highs at 7,621 to 7,688.

Either way, provided that last week’s low at 7,006 underpins, a bullish reversal is considered to be underway. 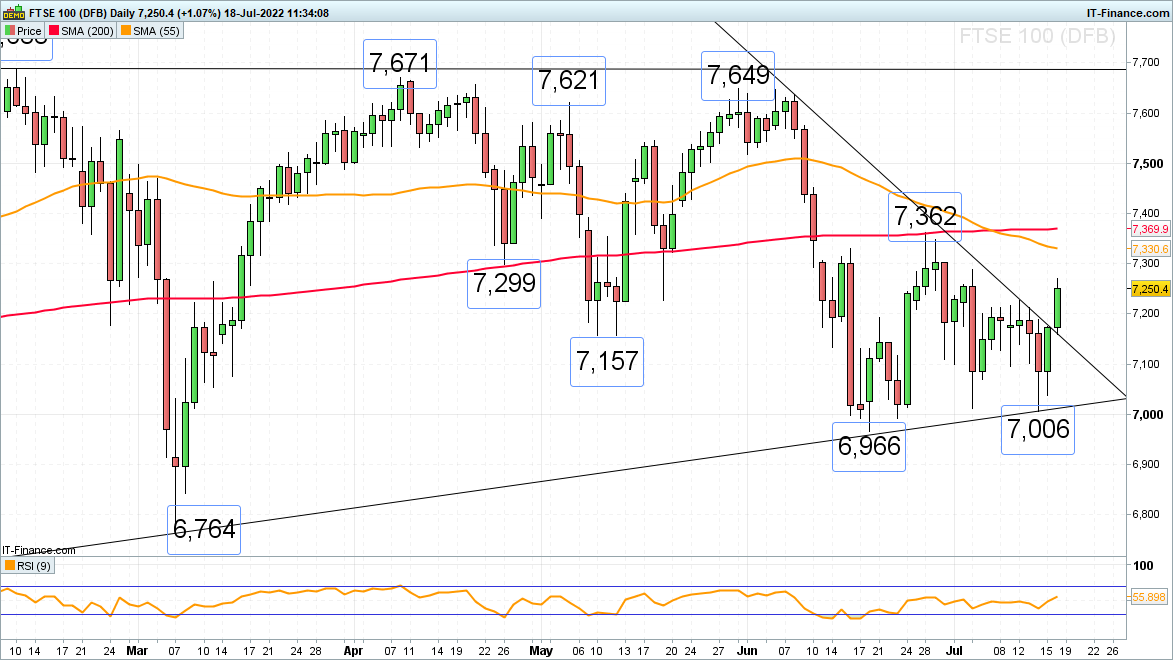 The sell-off in the DAX 40 amid fears that the planned 11 to 21 July maintenance shutdown of the Nordstream 1 pipeline might be extended by Russia once it is supposed to re-open, took it to slightly below its March low, close to its 12,386 early July low, before reversing its short-term trend last week.

This has come as no surprise to technical analysts since the DAX 40’s recent lows have been accompanied by positive divergence on the daily Relative Strength Index (RSI) which instead of making a series of lower lows like the DAX 40, made a series of higher highs.

It thus diverged from the underlying equity index and pointed towards possible weakness in the DAX 40 downtrend and thus to a probable trend reversal taking shape, at least in the short-term.

If the DAX 40 were to rise and also close on a daily basis above last week’s high at 13,021 in the course of this week, a minor double bottom would be formed with the 21 June high at 13,444 being targeted.

An advance above the next higher mid-June high at 13,676 would have medium-term bullish implications and could lead to a several week-long rally taking the DAX 40 back towards its March-to-June highs at 14,712 to 14,927.

Failure at the early July low at 12,386 would void the current bullish technical set-up, however. 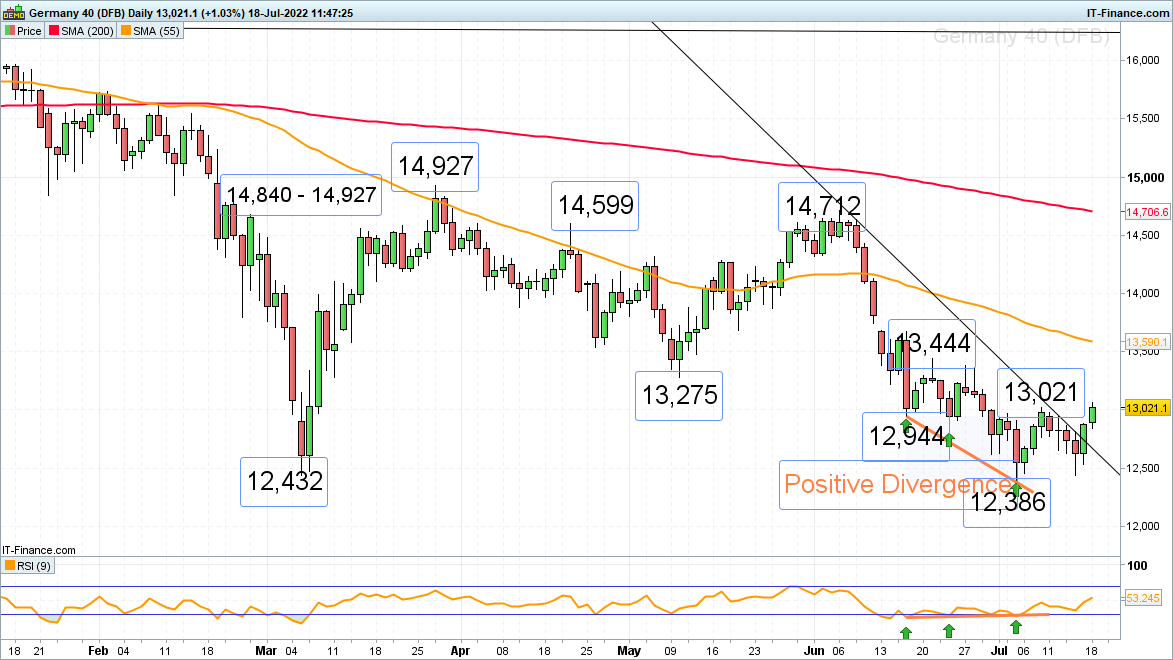 Are US indices also technically bullish?

Even though the S&P 500 index gapped higher on Monday, and in doing so has risen above its April-to-July downtrend line at 3,867, a rise and daily chart close above last week’s high at 3,918 hasn’t materialised yet. Once it and the slightly higher late June high at 3,946 have been overcome, though, the late May high at 4,203 should be back in focus.

The 3,918 to 3,946 resistance area is thus key for the ensuing medium-term trend since renewed failure around it would most likely point to another failed rally attempt in this year’s downtrend.

Having said that, as long as the index remains above last Thursday’s Hammer formation low on the daily candlestick chart at 3,720 on a daily chart closing basis, the odds favour a bullish reversal gaining traction. 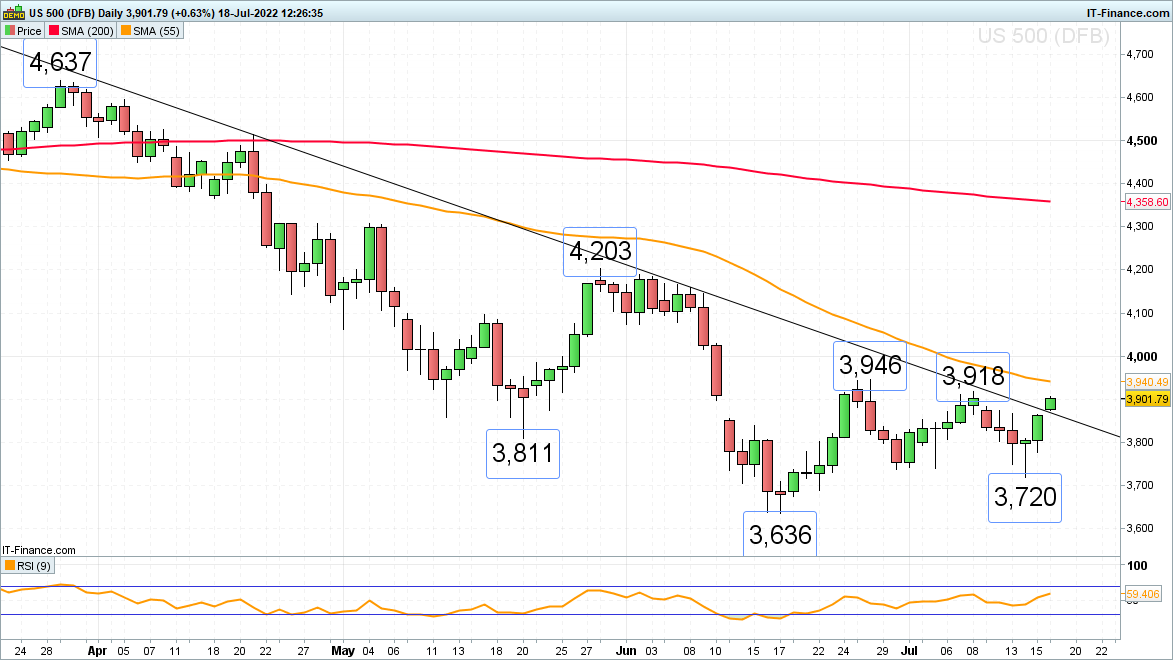 The same holds true for the Dow Jones Industrial Average daily chart with the difference being that it is currently trying to close above the 8 July high at 31,509 on Monday. If successful, a minor bottoming formation would be confirmed.

Were it to lead to an advance above the 31,885 late June high, a double bottom would be formed as well with potential upside targets being spotted around the late May and early June highs at 33,162 to 33,460.

Only failure at last week’s low at 30,132 would negate the current bullish outlook. 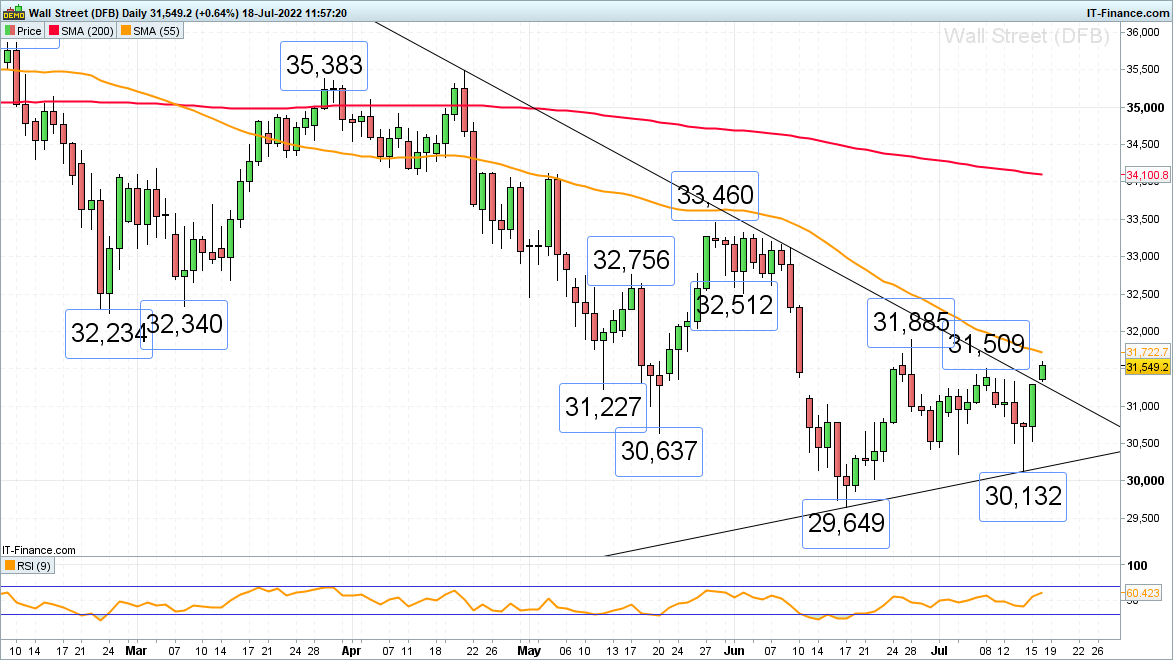 In case of the Nasdaq 100, the top of an ascending triangle is currently being probed, a rise above which and the late June and early July highs at 12,180 to 12,227 would put the June peak at 12,942 back on the cards and could lead to a sustained summer rally taking the index to the May high at 12,545.

This bullish reversal scenario may unfold as long as last week’s low at 11,451 doesn’t give way. 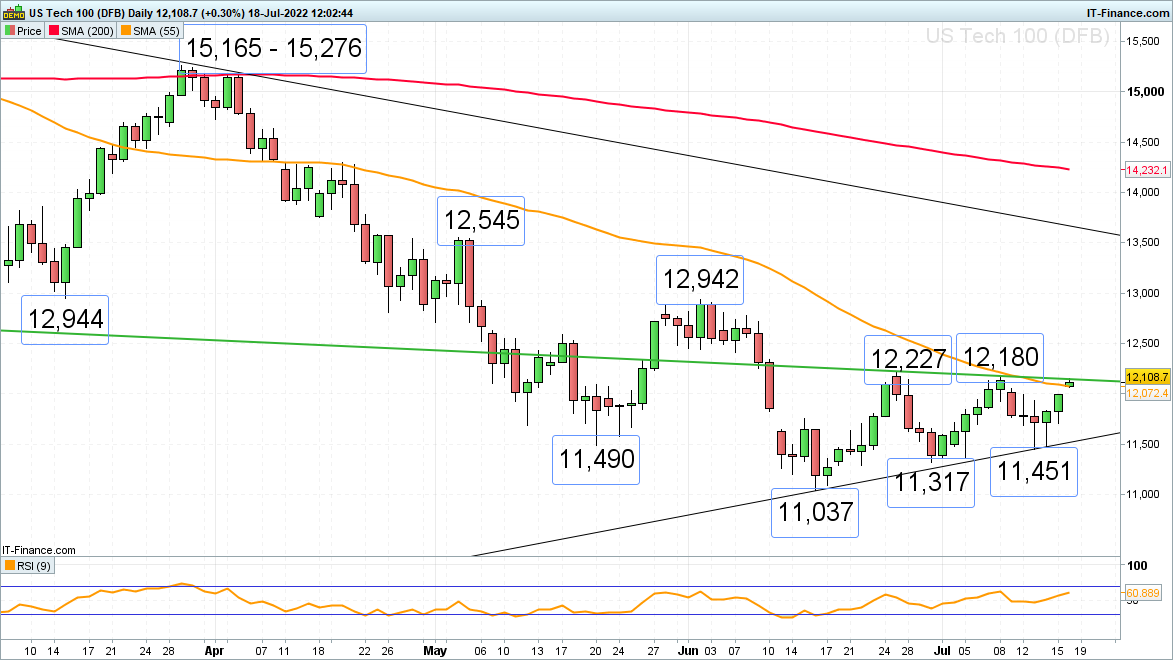