Japanese yen gyrates against the US dollar on Bank of Japan decision; BoJ maintains policy rate, yield-curve control amid tepid inflation and USD/JPY steadies after initial move as trades search for direction. 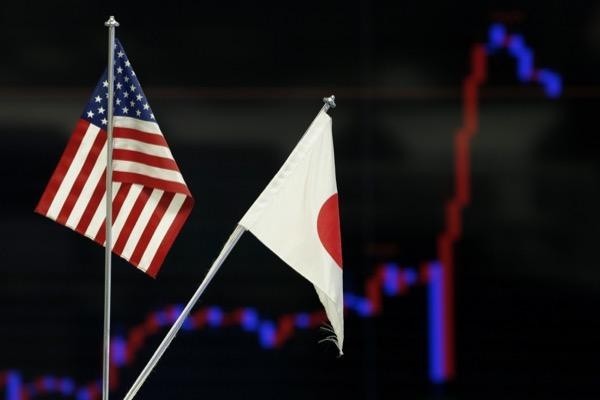 The Japanese yen was little changed against the US dollar after the Bank of Japan (BoJ) maintained its ultra-loose monetary policy framework, keeping its 0.25% yield cap on 10-year Japanese government bonds (JGBs) and the -0.1% policy rate in place, bucking a global monetary tightening trend. USD/JPY is little changed after an initial downside reaction. Upgraded inflation forecasts may explain the lack of yen weakness here.

The BoJ increased its inflation forecast to 2.3%, up from 1.9% in April. Core inflation rose 2.1% in May from a year ago, slightly above the central bank’s 2% target. The core CPI forecast for next year excluding energy rose to 1.4% from 1.1%. However, prices are expected to remain below target as supply chains normalize. The updated forecast sees core prices excluding energy falling to 1.3% by 2024, up slightly from 1.1% but still well below target.

The central bank trimmed the current fiscal year’s growth forecast to 2.4% from 2.9%, underscoring the impact of China’s Covid lockdowns, the war in Ukraine and rising rates abroad. Japan’s consumers have seen their wages drop in real terms as prices outpace nominal wage growth. Government data for May, released earlier this month, showed the largest decline in real wages in almost two years.

Governor Haruhiko Kuroda, whose term is set to expire next April, has been adamant in his defense of the bank’s ultra-loose policy despite the yen dropping to a 24-year low. That weakness has increased already elevated import costs. Earlier today, Japan posted a trade deficit of 1.38 trillion yen for June. On a seasonally adjusted basis, it was the highest since 2014. Japan’s trade book will likely remain in deficit as the global economy cools, tempering the demand for Japanese goods and keeping pressure on JPY.

Back in April, in a rare move, the policy statement added foreign exchange rates as a risk to the economy. Some took that as a sign of anxiety and saw further depreciation in the yen, potentially forcing intervention in policy. That inspired short bets against JGBs, a trade known as the widow maker. The BoJ was forced to buy an unusually large amount of bonds to defend its yield cap. On the currency front, short bets on USD/JPY increased as well, with traders favoring tail-risk odds for the yen to rally on today’s announcement. Those bets eased into today’s announcement.