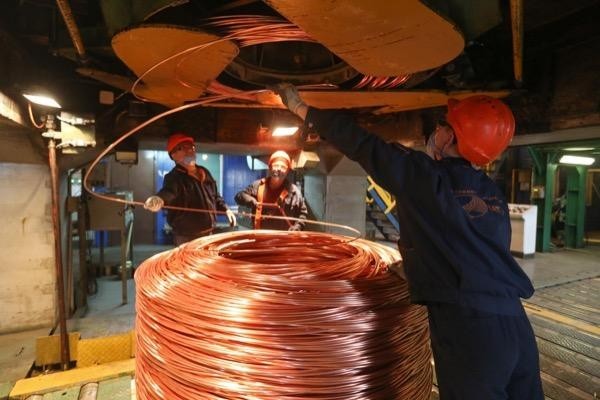 Copper prices recorded their first weekly gain since May last week, and prices may extend higher if the USD softens further. Still, the red metal is down nearly 10% this month as August approaches. Copper prices lost just over 20% from April to June, the largest quarterly drop in over ten years. Traders turned bearish on the metal as economic indicators across the United States, Europe and Asia worsened during that time.

Are copper prices simply oversold at these levels, and are we seeing a relief rally currently? The pullback in the US dollar explains some of the strength, as a weaker USD makes it cheaper for foreign buyers to purchase the metal, which is traded largely in the US currency. If so, this week’s FOMC meeting and the US advance second-quarter GDP print may influence prices. An overly hawkish Fed or weaker-than-expected GDP figure could spur USD strength through safe-haven flows. That would likely weigh on prices.

Another point to consider is China’s economic situation, with the Asian country being the world’s biggest copper consumer. Economic expectations for China turned overwhelmingly bearish in the first half of 2022, weighed down by Covid lockdowns and a fragile property sector. But those expectations may have bottomed out, and Chinese policymakers look ready to provide more support to meet growth targets in the coming months.

A bear flag pattern has taken shape over the past several weeks following months of declines with nearly no interruption. That suggests prices may continue to fall if the flag’s support line breaks. Meanwhile, prices are trading just below the 20-day Simple Moving Average while the MACD and RSI oscillators improve. Overall, the chart is slightly bearish.