An initial move lower in major US indices was met with some dip-buying into the latter half, potentially with some paring back of shorts build-ups as we head into the all-important US job report today. 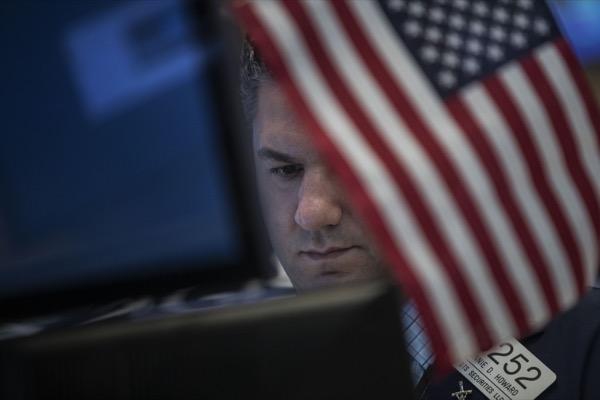 An initial move lower in major US indices was met with some dip-buying into the latter half, potentially with some paring back of shorts build-ups as we head into the all-important US job report today. This came as the indices have fallen close to 9-12% over a relatively short span of two weeks. The release of the US Institute for Supply Management (ISM) manufacturing data overnight triggered a sharp move higher in the US dollar, along with a broad-based jump in Treasury yields, with its outperformance for the second consecutive month suggesting that more needs to be done to cool economic conditions further. The ISM manufacturing prices (52.5 versus 60.0 in July) may further support the peak-inflation story, but that was overridden by a pull-ahead in manufacturing employment (54.2 versus 49.9 in July) in what was largely expected to be a contraction with ongoing tightening. Along with the lower-than-expected figure for initial jobless claims for the fourth straight weeks, the risks of an upside surprise in US non-farm payroll have been raised.

As we head into the US job report later today, a 200,000-300,000 range of August job gains may be called for to bring some relief for the major US indices. The upward move in the US dollar and bond yields this week suggests that some expectations for an upside surprise are being priced, especially with previous month’s reading showing a two-fold gain compared to expectations. Another blowout figure above the consensus 300,000 job additions could likely reinforce further lean towards a 75 basis-point (bp) hike in the upcoming Federal Open Market Committee (FOMC) meeting, which may translate to further headwinds for risk assets.

The S&P 500 is attempting to defend its 3,915 level, which marks a previous resistance-turned-support in late-July this year. The heavy sell-off of close to 10% in the S&P 500 over the past two weeks has brought its relative strength index (RSI) near oversold territory, which may increase the chance of a near-term relief, largely dependent on the upcoming US job report to provide any go-ahead. That said, with the ongoing downward trend, any attempt to recover could leave the 4,087 resistance level on watch for any formation of a new lower high.

Asian stocks look set for a mixed open, with Nikkei -0.14%, ASX -0.05% and KOSPI +0.37% at the time of writing. News of lockdown in China’s Chengdu provided another risk catalyst for markets to digest, which run the risk of a further dent in economic activities at a time when recent data from China is already reflecting a contraction in manufacturing activities and slowing domestic consumption. Other major cities including Shenzhen and Dalian have stepped up Covid-19 restrictions as well, overall reinforcing a lower-for-longer stance for China’s growth ahead. Policy support from authorities may have been in place, but greater market conviction will come from a clearer path out of its Covid-19 stance and economic data reacting to support stimulus as a gauge of policy success. Until then, upside could stay limited, with the cloud of uncertainty on growth being a key overhang on risk sentiments.

The quiet economic calendar in the region today will leave some wait-and-see, as markets are set to take its cue from the US non-farm job report later today. The Hang Seng Index continues to trade within a consolidation range since early-August, with the index attempting to hang onto its lower base support. Multiple attempts to rebound from this 19,500 level have been short-lived thus far, with any break below potentially paving the way to the 18,800 level next.

On the watchlist: US dollar index at 20-year high ahead of US jobs data release

The US dollar has surged to its 20-year high on the release of the US ISM manufacturing data, as market continue to price for a tighter Federal Reserve (Fed) policy with the in-tandem jump in Treasury yields. While the formation of a new higher high allows the US dollar to retain its overall upward bias, its weekly chart continues to reveal a bearish divergence on moving average convergence divergence (MACD), which raises the risk of a retracement by pointing towards lower upward momentum. The 110.80 level could provide some resistance ahead, where an upper channel trendline resides. In the event of any retracement, previous instances from its two peaks suggest a 3-4% drawdown, with a formation of a new higher low on watch as a continuation of its upward trend.