The outlook on crude oil remains bearish despite a minor output cut from OPEC+. 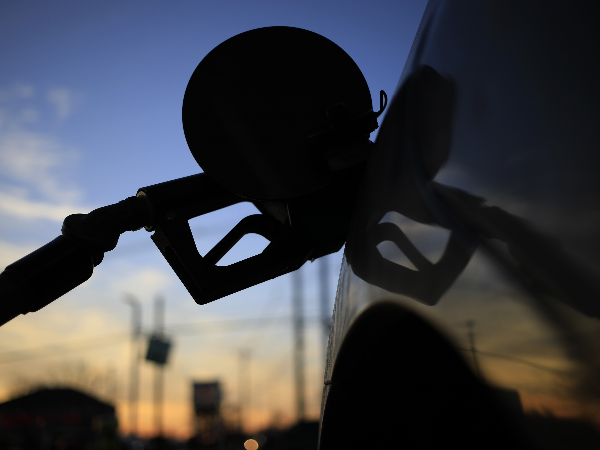 Brent crude oil - the benchmark used for Europe, Africa and the Middle East - remains in a technical downtrend despite OPEC+ cutting output by 100,000 barrels a day (bpd) from October, amounting to roughly 0.1% of global demand, to counter a potential supply boost from Iran and bolster oil prices which have rapidly dropped on fears of an economic slowdown.

These worries were exacerbated by the indefinite shutdown of the Nord Stream 1 pipeline on Friday due to an apparent oil leak in one of its turbines, according to Russian-owned Gazprom, but which European leaders see as a political weapon since the closure was announced only hours after the European Union (EU) agreed to caps on wholesale gas prices to tackle the widening energy crisis and curb inflation.

The European Commission’s energy agency set out two options for doing so. The first involves limiting the amount which can be paid for gas imported from Russia and the second would introduce a capping mechanism which would differ from member state to member state, depending on their energy mix.

A concerted plan to mitigate soaring European gas and electricity prices caused by Russia’s invasion of Ukraine, including ‘radical energy intervention tools’, will be discussed by EU energy ministers on Friday.

The Dutch Title Transfer Facility (TTF) natural gas futures, the European benchmark, surged by around 30% on Monday as a reaction to the shutdown of the pipeline before giving back most of its gains as European governments planned to discuss stepping up efforts to curb prices, including a suspension of power derivates trading, while recent data has shown that natural gas storage sites were being filled faster than expected ahead of the peak demand winter season.

Oil prices have also briefly risen by around 4% to $96.54 for Brent on Monday but have since been dragged down by recession fears and a potential supply boost from Iranian crude returning to the market if the country is able to revive its 2015 nuclear deal with West.

The current decline in the oil price is taking place despite Saudi Arabia, OPEC's de-facto leader, stating that the cartel was willing to take further steps to support the global oil market if necessary.

What does the technical outlook show?

Brent crude oil has been trading in a sideways range since the second week of July but in the medium-term remains in a downtrend from its approximate $123.50 June peak, currently trading lower by around 25% on global recession worries and despite OPEC+ trying to keep the Brent crude oil price above the $90 mark. 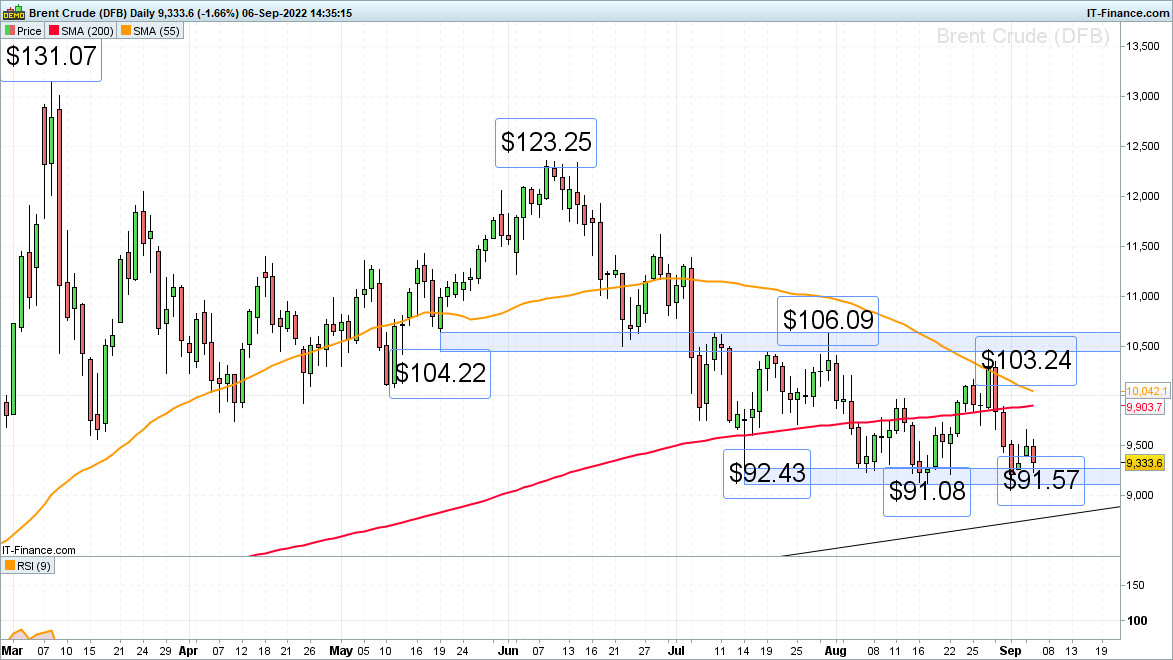 Compared to this year’s March peak, the price of Brent crude oil has dropped by 30% and is likely to continue to slide as long as it remains below the $104.22 to $106.09 technical resistance zone which encapsulates the mid-May and June lows as well as the mid- to late July highs.

The late August spike in the oil price ran out of steam marginally below this key resistance area at $103.24 before dipping by over 10% within three days and retesting the $92.43 to $91.08 support zone which consists of the July and August lows. 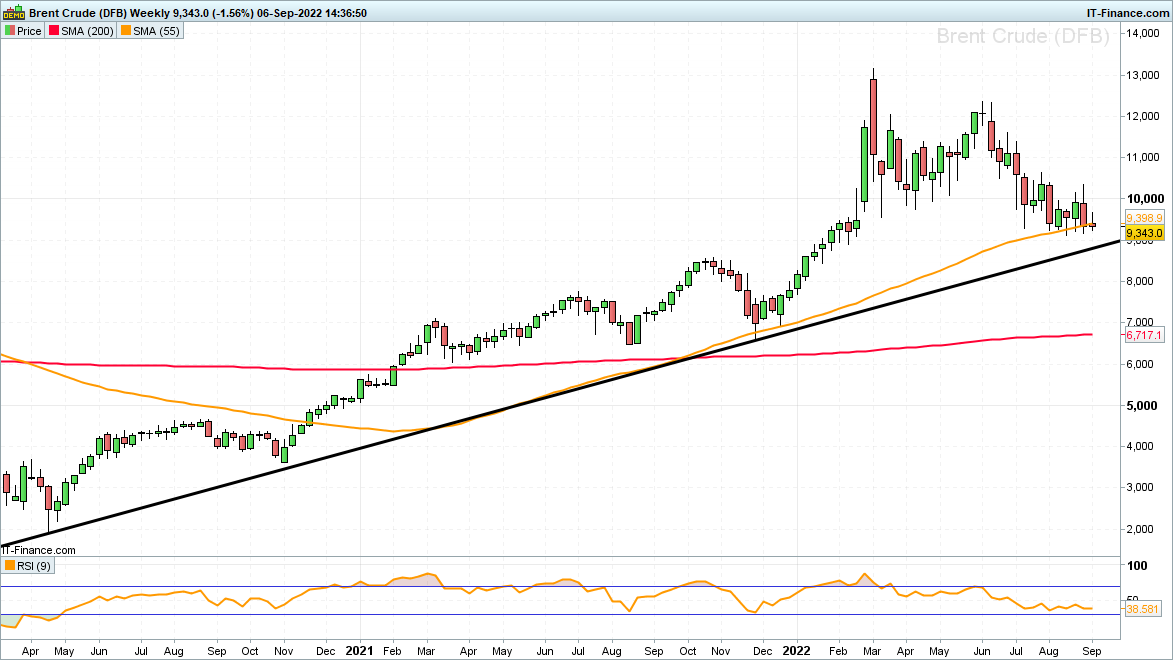 Immediate downside pressure should be maintained while the price of Brent crude oil remains below Monday’s high at $96.54 on a daily chart closing basis.

Above it meanders the 200-day simple moving average (SMA) at $99.03 which acts as a proxy as to whether a market is in an up- or downtrend, depending on whether an asset’s price trades above or below it.

In case of Brent crude oil, the fact that it now trades below the 200-day SMA implies that it is in a downtrend.