As the Reserve Bank Board of Australia prepares to meet on Tuesday, we look at what to expect and how the latest decision could impact the ASX 200. 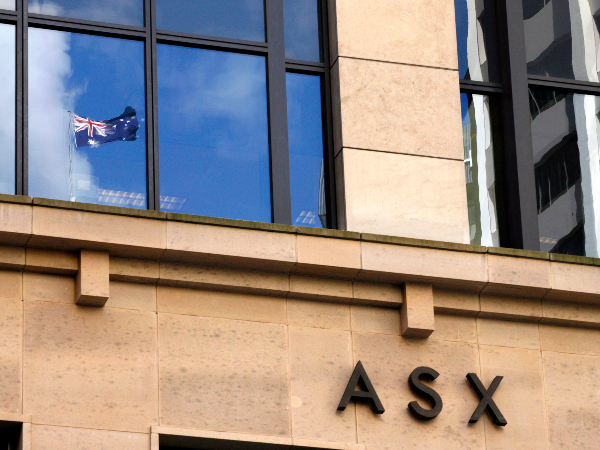 The Reserve Bank Board is scheduled to meet tomorrow at 2.30 pm for the last time until February 2023 and is expected to deliver an eighth-consecutive rate rise. Once again, the critical question will be by how much.

The RBA commenced the current rate hiking cycle in May to contain rising inflation and counter a red-hot labour market. Since then, it has delivered a cumulative 275 basis points of rate hikes, including four consecutive 50bp rate rises between July and September. It has taken the cash rate from 0.1% to its current setting of 2.85%.

In October, the RBA slowed the pace of its rate hiking cycle and delivered consecutive 25bp rate hikes as interest rates moved past neutral into contractionary territory. Until last week, most thought a third 25bp rate rise was likely tomorrow, which would see the cash rate end the year at 3.1%. 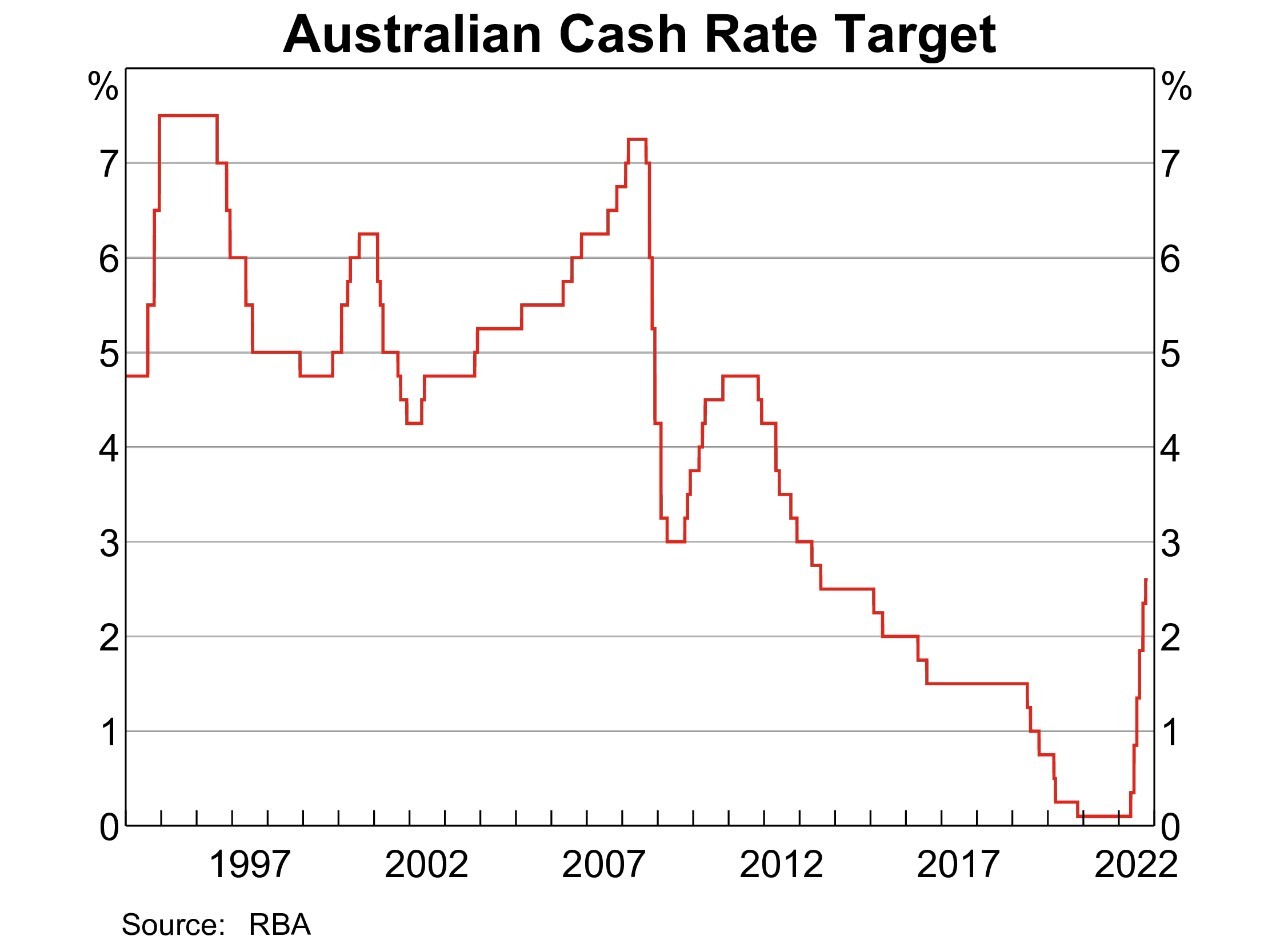 However, following softer-than-expected inflation and retail sales numbers, there is speculation that the RBA might deliver a 15bp rate rise on Tuesday that would take the cash rate to a neat 3%.

A deceleration would open up the possibility of an RBA pause to allow markets and households time to adjust to the rapid rate hiking cycle of 2022. There is a slight chance that the RBA could also keep rates on hold.

While the RBA may feel it premature to slow the pace of its rate hiking cycle for the second time in three months, a 25 bp rate hike is expected to be accompanied by an easing in the hawkish tone of its forward guidance.

This would provide the RBA with the optionality to continue tightening in 2023 or to pause and allow time to watch the data, mindful that 25% of mortgages fixed during the pandemic at around 2% are due to reset at levels closer to 6% in 2023.

Due to the uncertainty outlined above, the RBA's decision on Tuesday will surely impact the local equity market, the ASX 200.

If the RBA board were to deliver a third consecutive 25bp rate hike and reiterate that it expects to increase interest rates further over the period ahead, the ASX 200 would likely take a hit. Short-term support is viewed at 7200, coming from the uptrend drawn from the October 6411 low.

The ASX 200 has had an impressive run-up from its October lows and despite the overbought nature of the rally, we aren't interested in fighting the trend or the bullish seasonal tailwinds that prevail at this time of the year.

Additionally, the 200-day MA coincides with a big number of psychological importance. Aware that a sustained break below 7000 would create technical damage and see a pullback towards 6750. 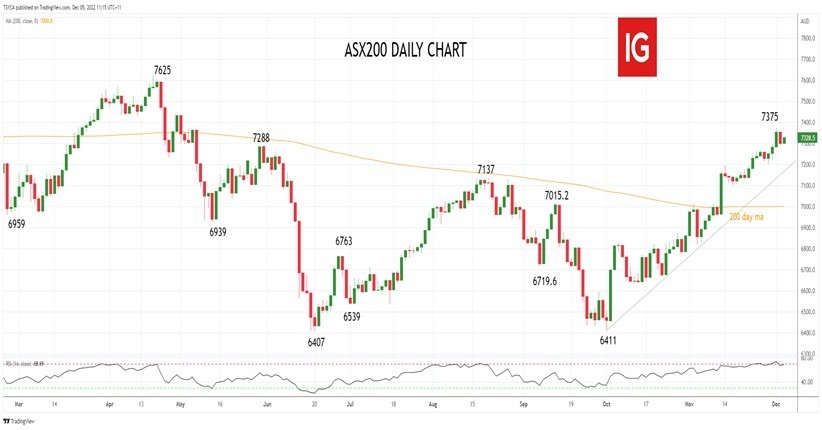