It was a mixed picture for UK banks in 2023, but at least rising interest rates helped to provide a boost. Will 2023’s expected recession hit the sector? 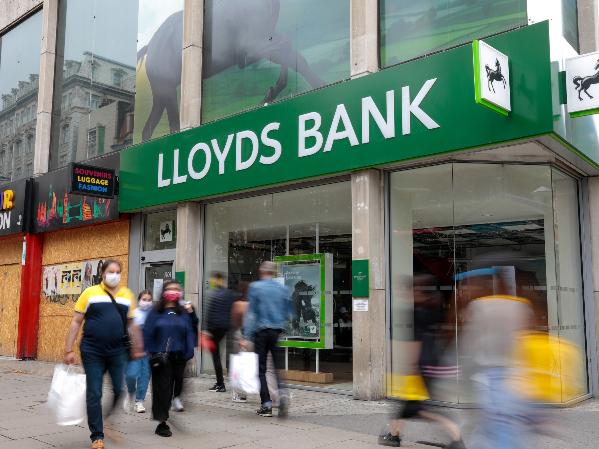 A mixed performance for bank shares in 2022

2022 has not been a great year for equities around the globe, and UK bank shares have not been immune. The sector has struggled to hold its ground despite a sharp rise in global interest rates which has helped to support margins.

At times, key UK banks like Barclays and Lloyds have been down by 20-30% for the year. While not as extreme as the losses in sectors like big tech, these falls have not been pleasant for investors. While the changing fortunes and darkening outlook for the UK economy have not helped, in general the sector has ebbed and flowed with general risk appetite across the globe.

There has been a divergence in performance for the year, as the chart below from Google Finance shows: 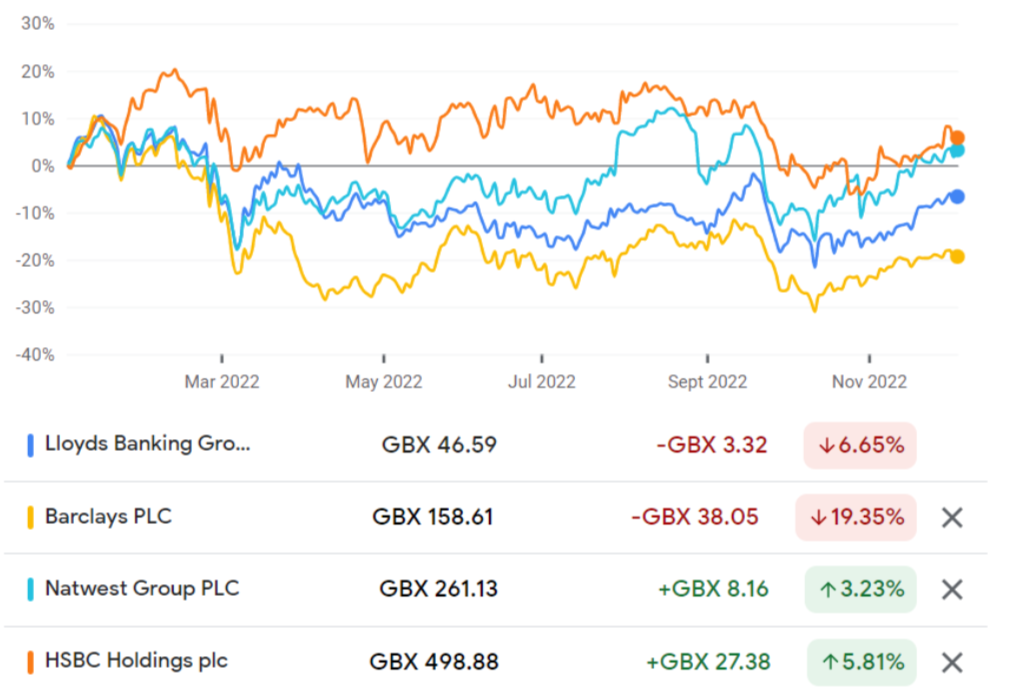 Lloyds and Barclays have both suffered most this year, and remain in negative territory. By contrast, NatWest and HSBC have actually risen for the year so far, and once dividends are included that return improves further.

Despite the mixed results this year for the sector, there might be reasons for optimism. Q3’s earnings saw the sector beat consensus estimates for profits before bad-loan provisions by around 15%. Rising interest rates lay behind this, driving an improvement in net income figures.

Further rate rises are expected from the Bank of England and others in 2023, although the pace may slow as a recession becomes more entrenched. Nonetheless higher rates will continue to feed through to higher profit levels, boosting dividends as well.

2023’s recession fears may be ultimately misplaced, or the downturn may not be as bad as feared. Thus, with the sector trading on relatively undemanding multiples (NatWest and HSBC trade around ten times earnings, while Lloyds’ PE is 7.7 and Barclays’ a lowly 5), there is room for further upside should positive surprises come through on the economic and corporate fronts.

What are the risks?

In essence, UK bank shares face the same risk to their outlook as every other UK sector, and indeed most stocks around the globe for 2023.

A severe recession will prompt further losses in equities that will result in stocks of all kinds breaking below their 2022 lows. A recession means falling economic growth and lower earnings, and for the banks this will be compounded by the inevitable rate cuts that will follow if a recession begins and inflation falls. Before then, of course, they will see their lending activity shrink, and mortgages and loans will turn bad in greater numbers.

UK banks will not be immune from this, and given the weakness of the UK economy heading into 2023, they may suffer much worse falls than their US brethren.

Lloyds began the year on a high, rallying to a two-year high of 53p, but this did not last, and the shares began a sharp move lower down towards 40p.

Two visits to this area this year have found buyers, with investors happy to step in around this zone. Gains have stalled however around 47p. Additional gains would target 49.84p, the high from mid-September. 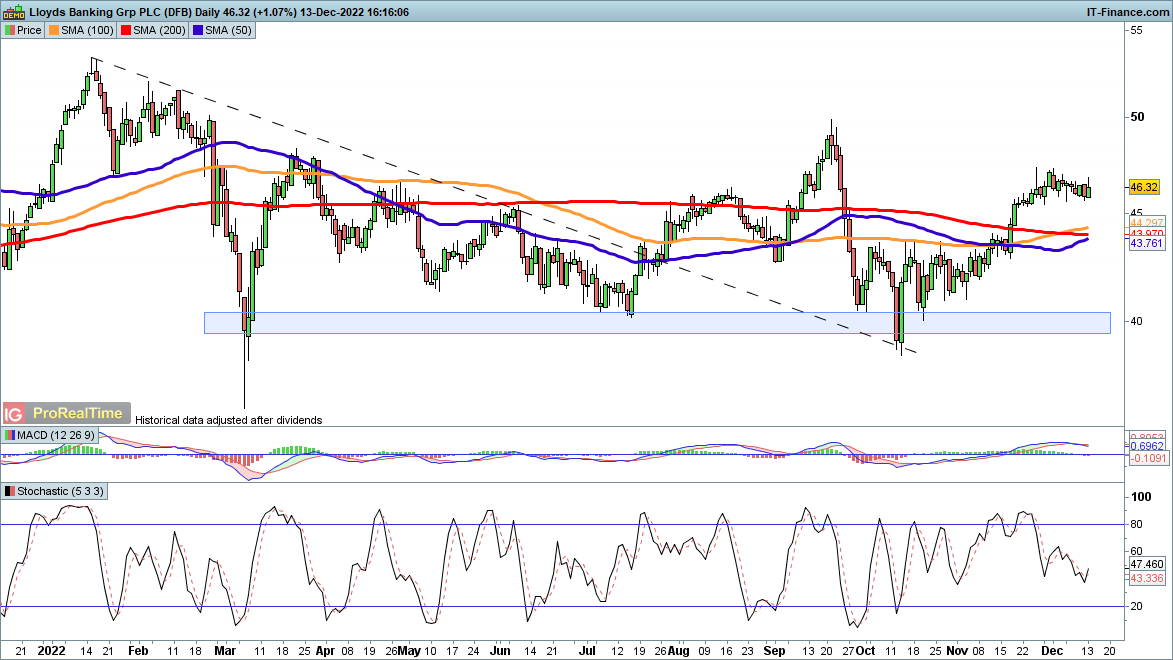 NatWest shares have had a choppy year, but the gloomy macro outlook has not stopped them from rising from their October lows to put them back in positive territory.

Since October, trendline support has helped underpin gains, with the September high at 275p now in sight once again. Since early March and their lows for the year, the stock has gained over 35%.

A reversal below 250p would see the price back below its early 2022 highs and also below trendline support, which might point towards an extended bearish move. 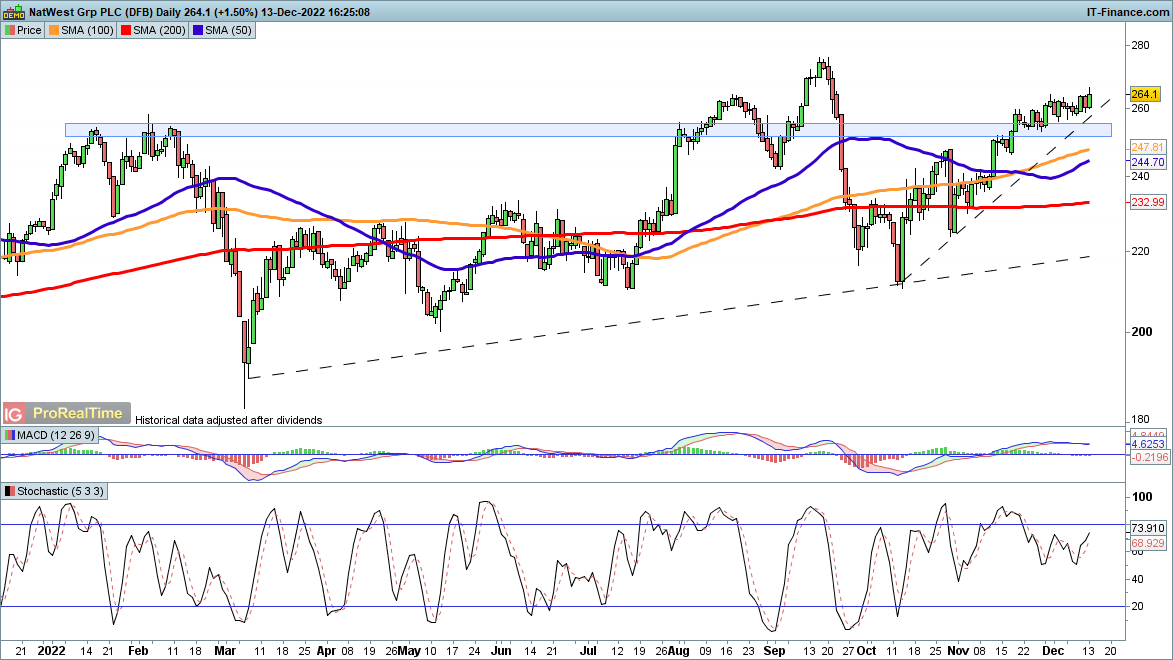 It has been a much tougher year for Barclays. Unlike Lloyds and NatWest, the shares remain firmly below their highs for the year, and while they have bounced from support, the outlook still remains bearish.

Two visits to the 140p area have met with buying, but the summer saw repeated attempts to push on above 175p, all of which ultimately ended in failure.

A drop back below the 200-day SMA would be a negative development, and might suggest another test of 140p is in the offing. 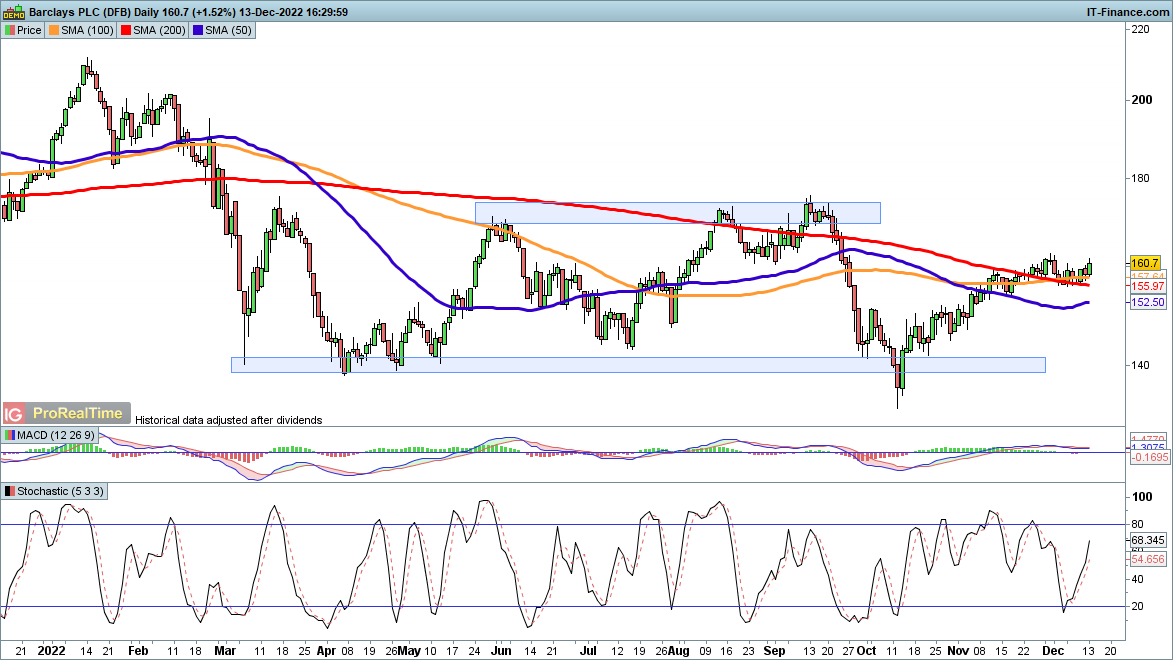 The share price rallied sharply at the beginning of the year, reaching a peak around 540p.

It was then knocked back to 440p, and clawed its way back to 540p. However, it was unable to hold these gains and from September the shares dropped to 440p again. While it has since rallied to the 200-day SMA, a failure to push on here could suggest another drop towards 440p again. 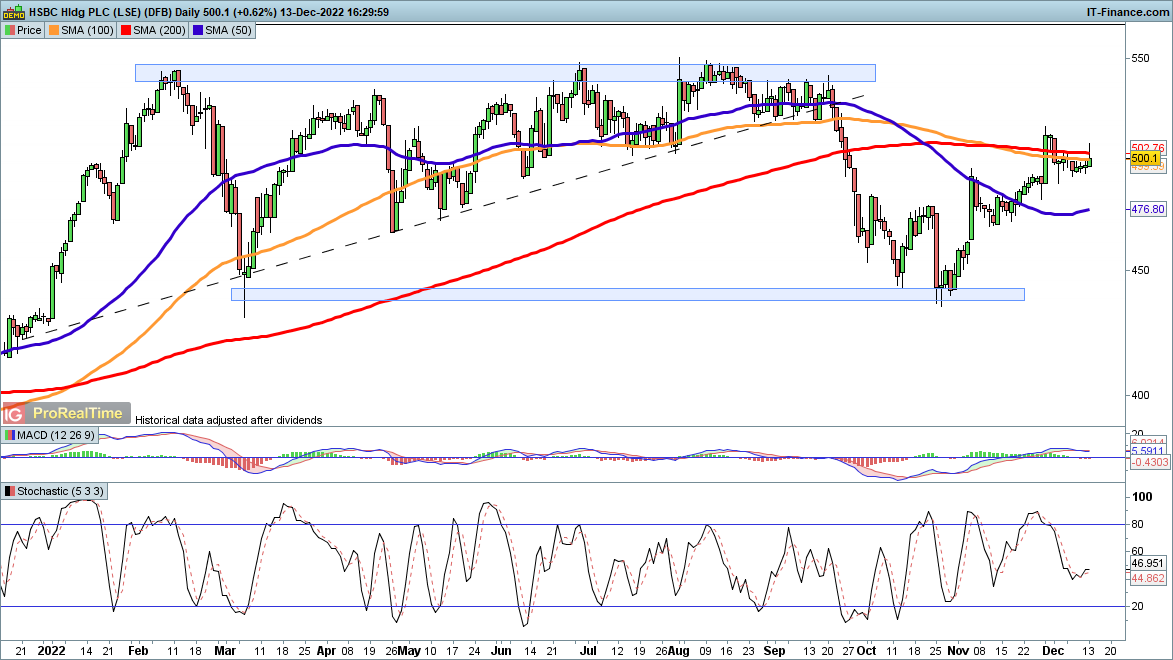