The S&P 500 and Nasdaq surge to start the week as tech stocks rally. 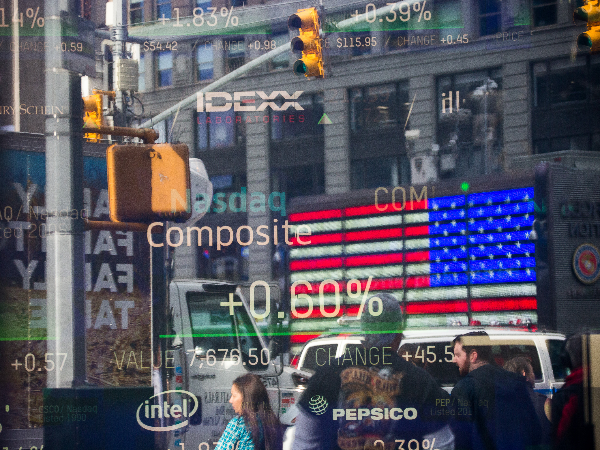 US equity markets ripped higher overnight on hopes of a slower pace of Fed tightening, easing inflation and ahead of key earnings reports.

The tech-heavy Nasdaq led the charge higher for its best two-day run since November.

In contrast to January 2022, when the Nasdaq fell 8.52% before falling a further 24%, this January, the Nasdaq is now +8.53% for the month - an interesting statistic for those who subscribe to the idea that January sets the tone for the remainder of the year.

For those who take a more bearish view of the world, there remains a lot to ponder. Despite the Fed’s rhetoric that it will raise rates by 75bp above 5% and keep rates on hold for an extended period, the market is not convinced.

For those wondering the reason why the Fed would cut rates by 210bp, it would likely be in response to a recession which equity markets are not priced for.

Technically the S&P 500 (and the Nasdaq) have closed above the downtrend lines drawn from their January 2022 highs.

Presuming the break higher in the S&P500 sustained in the coming sessions, it opens the way for the rally to extend towards 4180 (Dec spike high) and then 4327 (Aug high).

The first cause for concern that the overnight break higher had failed would be a sustained close back below the 200-day moving average at 3970.

For the Nasdaq, there is more reason to be suspicious of the overnight break higher as it has yet the clear the 200-day moving average at 12,072.

If it was to see a sustained break above the downtrend and the 200-day moving average, the upside target would be the December spike higher at 12,239, followed by the August 13,740 high.