We spotlight ten of the largest and most important mining companies currently listed on the Australian Stock Exchange. 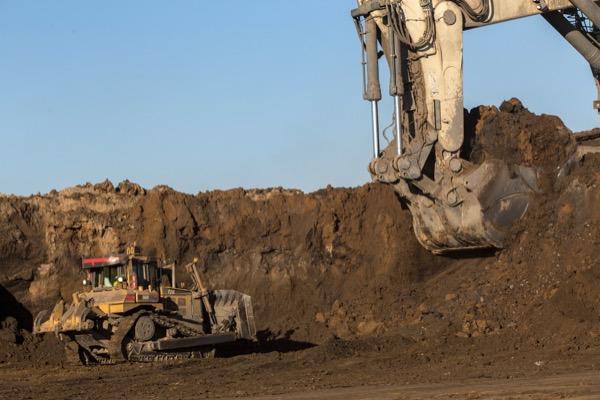 Mining in Australia: what you need to know

Australia is known as the lucky country. Though this notion was conceived as an insult to Australian culture, there is no denying that Australians, when compared to the rest of the world, possess enviable wealth. A matter of luck indeed, this wealth has been sustained by way of virtue of the abundance of raw minerals that exist underneath the Australian soil.

Reflecting that fact, the total value of mineral exports have risen steadily over time, in 2020 generating $270 billion in export revenue and making up 62% of the country's total export revenue. Of that, a significant portion was driven by iron ore exports, with iron ore exports hitting $116 billion in 2020. Coal, gold and copper make up the next most valuable exports – though as the table below highlights – combined they still are not as valuable as iron ore.

How to buy or invest in mining stocks

You can invest in any of the ASX-listed mining stocks we have discussed today in two ways: either through share trading or derivatives trading. Share trading means that you take direct ownership of a company’s stock, meaning you could potentially profit if the share price increases in value or benefit from any dividends a company might decide to pay.

By comparison to owning the shares outright, derivatives trading – such as CFD trading – allows you to speculate on the price movement of a company’s shares without actually taking ownership of them.

CFD trading may prove attractive to some investors for a number of reasons, including the flexibility to trade stocks long and short, the ease of which it allows one to hedge, as well as the ability to gain larger exposure to an asset through leverage.

Follow the simple steps below to start investing or trading mining stocks:

Learn about the costs associated with trading and investing with IG here.

Below we look at the top 10 mining ASX-listed mining stocks that investors may want to watch in the year ahead, ranked from highest market capitalisation to lowest.

BHP Group is Australia’s largest diversified mining company, with operations spanning iron ore, coal, copper, petroleum, gas and nickel. BHP, like Fortescue and Rio Tinto, has been a significant benefactor of the recent runup in iron ore prices, with the company’s share price and profits rising firmly in the last year.

The stock is dual-listed, with stock tradable on both the Australian Stock Exchange and the London Stock Exchange. Despite that dual-listing, the company remains headquartered in Melbourne, Australia.

Unlike BHP Group, Fortescue Metals Group is a pure play iron ore miner. Though the company was mired by operational uncertainty at the start of the last decade, it has since grown from strength to strength, currently standing as the seventh largest, public company in Australia.

As noted at the start, much of that can be attributed to China’s insatiable demand for iron ore products, with FMG’s lower grade mix increasing exponentially in popularity in the last few years.

Smaller than FMG and more closely resembling BHP, Rio Tinto has diverse mining operations, with a main focus on iron ore, aluminium, and copper. Despite being worth nearly $50 billion, the miner has faced a number of controversies and setbacks in recent times.

In 2020 the company destroyed a key aboriginal cultural site – Juukan Gorge – with the CEO at the time, stepping down in response. More recently, the miner’s expansion attempts in Mongolia – through the Oyu Tolgoi mine, which commands one of the world’s largest copper and gold deposits – have hit regulatory setbacks and seen substantial CAPEX increases.

Departing from the iron ore theme, Newcrest Mining represents Australia’s largest gold producer, boasting a market capitalisation in excess of $20 billion. Despite being listed in Australia, Newcrest has operations spanning the globe, with mines in Canada, Australia, PNG, and Papua New Guinea.

Centrally, the miner touts low-cost and long-life mines, and also has a number of promising brownfield and greenfield projects in the pipeline.

Despite trading well-off its 2018 peak, not to mention the myriad of environmental concerns around coal, with iron ore exports remaining an important part of Australia’s economic health, South32 retains its prominence.

While South32 may be best known for its coal operations, the miner’s operations span significantly beyond that, with production across aluminium, energy, metallurgical coal, manganese, nickel, silver, lead and zinc.

While not as large as Newcrest, Northern Star touts a number of tier-1, low sovereign risk operations across Australia (Jundee, South Kalgoorlie) and North America (Pojo). Speaking to the prolific nature of these operations, at the time of and to date, the miner had produced over 20 million ounces of gold.

‘Northern Star has a portfolio of low-cost, high-grade underground gold mines, and is firmly focused on maximising Shareholder returns.’

The smallest of the iron ore miners on this list, Mineral Resources nonetheless boasts a portfolio of what is described as a set of world-class mine sites across the Pilbara and Goldfields regions within Australia.

A distinctly forward-focused miner, as the company notes on its website:

‘We look for opportunities to grow our core business through producing commodities and innovation. In executing this model, we are undertaking a number of key growth projects that, combined, will deliver a 30 to 50-year pipeline of work to our mining services business.’

Between June 2016 and June 2021, the Mineral Resources share price gained almost 484%, making it one of the best performing stocks on this list.

From a strategic perspective, management said that Evolution was focused on driving growth by ‘improving the quality of our assets rather than increasing the number of assets in the portfolio.’

The company maintains that mid-tier producers tend to deliver shareholders with the best returns. Between June 2016 and June 2021, the Evolution Mining share price has risen over 100%.

Counting itself as Australia’s third largest copper producer, Oz Minerals is well positioned to benefit from the country’s significant presence in the global copper market. Investors appear optimistic about the miners prospects too: between June 2016 and June 2021, the stock has risen over 300%.

With operations across Australia and assets in Brazil, Oz Minerals describes itself as a ‘Modern Mining Company that adapts to the ever changing environment, harnessing the innovative ideas of our people and collaborating to leverage the experience of those around us.’

While mining companies are often accused of harming the environment, IGO, through its Nova nickel-copper-cobalt operation, is focused on developing mine sites to drive a clean energy future.

To that end, beyond IGO’s existing Nova project, the miner has a number of exploration projects across Australia and Greenland in progress, including Kimberley, Paterson, Raptor, Lack Mackay, Fraser Range, and Frontier.

‘Exploration and discovery are core to the IGO DNA. It is a key platform for our growth-in-value strategy.’

Investors have taken notice: between June 2016 and June 2021 the IGO share price has more than doubled.

Top ASX mining stocks: Where next?

The mining industry has delivered to Australians extraordinary wealth and good fortune. The country’s post-colonial history has been punctuated by periods of mining booms, that has been used to develop the wealth of the nation.

Since the rise of China as an economic powerhouse in the early 2000’s, contemporary Australians have been lucky enough to enjoy the riches generated from mining activities. Arguably, with the help of Chinese economic stimulus to spur the demand, it was the boom in commodity prices and mining activity that guided Australia through the worst of the Global Financial Crisis unscathed.

Such a dependence on the export of raw materials is a risk to the Australian economy. It’s often said in Australia that the nation’s economic model is to dig stuff up and speculate the proceeds on residential housing. The country’s economic welfare is very much tied to global growth and can therefore be exposed to the whims of the economic cycle.

However, with new innovations in the global economy, such as the growth in the electric car market, and developments in the renewable energy industry, Australian miners have moved to exploit the country’s vast deposits of minerals like lithium and uranium.