Tencent lost over 16% of its market cap this week, after Chinese authorities issued new directives and fines to its music division. 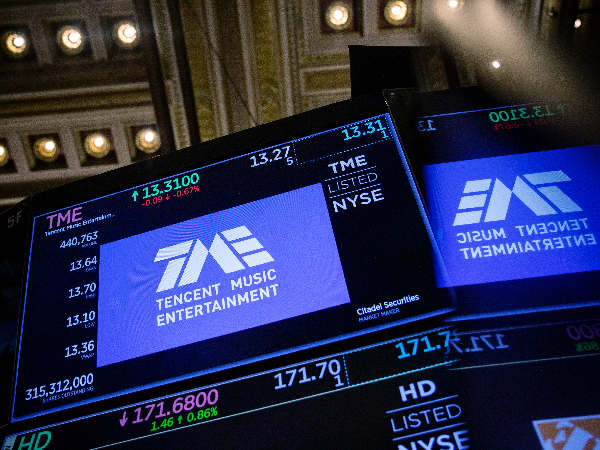 Tencent stock price: why is it down?

Tencent shares have plummeted over 16%, since the Chinese government ordered the company to cease all exclusive music streaming rights and licensing deals with record labels globally.

On Saturday (24 July 2021), the Chinese technology giant was also fined 500,000 yuan (US$77,000) by authorities, following an official investigation which found that the company has engaged in monopolistic practices that gave it an unfair advantage over its competitors.

The State Administration of Market Regulation (SAMR) said Tencent’s acquisition of Chinese Music Corporation in 2016 gave the firm access to over 80% of all music tracks in the music market.

The deal, which helped to form Tencent Music Entertainment in the process, was also discovered to have flouted regulations due to a lack of reporting.

The anti-competition agency also told Tencent that it must stop manipulating music copyright holders for exclusive rights such as by offering higher payments moving forward, and that it must dissolve all existing deals within 30 days.

The company and its affiliates, however, can continue their exclusive deals with independent artists, which expire after three years.

Tencent said in a statement that it ‘fully’ accepted the decision, and would ‘strictly follow the regulatory requirements’ and ‘fulfill our social responsibilities and contribute to healthy competition in the market’.

How do analysts view the stock?

Two weeks ago, it was reported that Tencent and fellow tech giant Alibaba Group were considering making their services available on each other’s platforms.

IG market strategist Yeap Jun Rong then said that the potential tie-up implied that the landscape for China tech companies ‘may have shifted’.

‘Near-term, it may ease some concerns by showing that these big tech companies are taking steps to adhere to regulations, softening some regulatory risks from authorities,’ he said.

Despite this air of ambiguity, Yeap was optimistic about China’s big tech stocks, adding that as more countries start to gain control over big tech firms, the playing field may ultimately be levelled for retail investors in the long run.

Across the board, Tencent shares have a consensus rating of ‘buy’ and a price target of HK$699, according to the latest analyst data published by MarketBeat. The price target represents a potential 56.7% upside from the stock’s closing price of HK$446 on Tuesday.

Feeling bullish about Tencent? Take a position on the stock today.