Afterpay shares are surging this morning, after Jack Dorsey’s Square and the company announced an acquisition of the buy-now-pay-later company.

As stated in the joint press release by the two firms, “the transaction has an implied value of approximately US$29 billion (A$39 billion) based on the closing price of Square common stock on July 30, 2021, and is expected to be paid in all stock”. The Afterpay Holdings Limited board has unanimously endorsed the acquisition.

In any takeover, especially between one very large company and another rapidly growing one, the first question to ask is what synergies might each or either company see created by the acquisition. It’s likely that, given increased growth and competition in the payments space, Square Inc is looking to find a market leader, with a proven history of growth, ample data, strong brand to leverage its broader service offering, and ample network effects.

For Afterpay, it appears the company’s management sees this as an ideal time to sell the business, with an increasingly competitive buy-now-pay-later space (PayPal Holdings Inc (All Sessions) and Apple Inc have recently flagged their intentions to launch similar services) meaning growing market share and revenues independently will be more difficult in the future.

The deal won't be finalized until early 2022

However, the company’s share price has already rocketed this morning. The implied valuation by square for Afterpay stock is around $126 per share. That puts the price at a roughly 30% premium to where it closed on Friday the 30th of June, at around $96. Already in early ASX trade, the stock has traded at an intraday high of $125, before sliding slightly as the morning has unfolded. 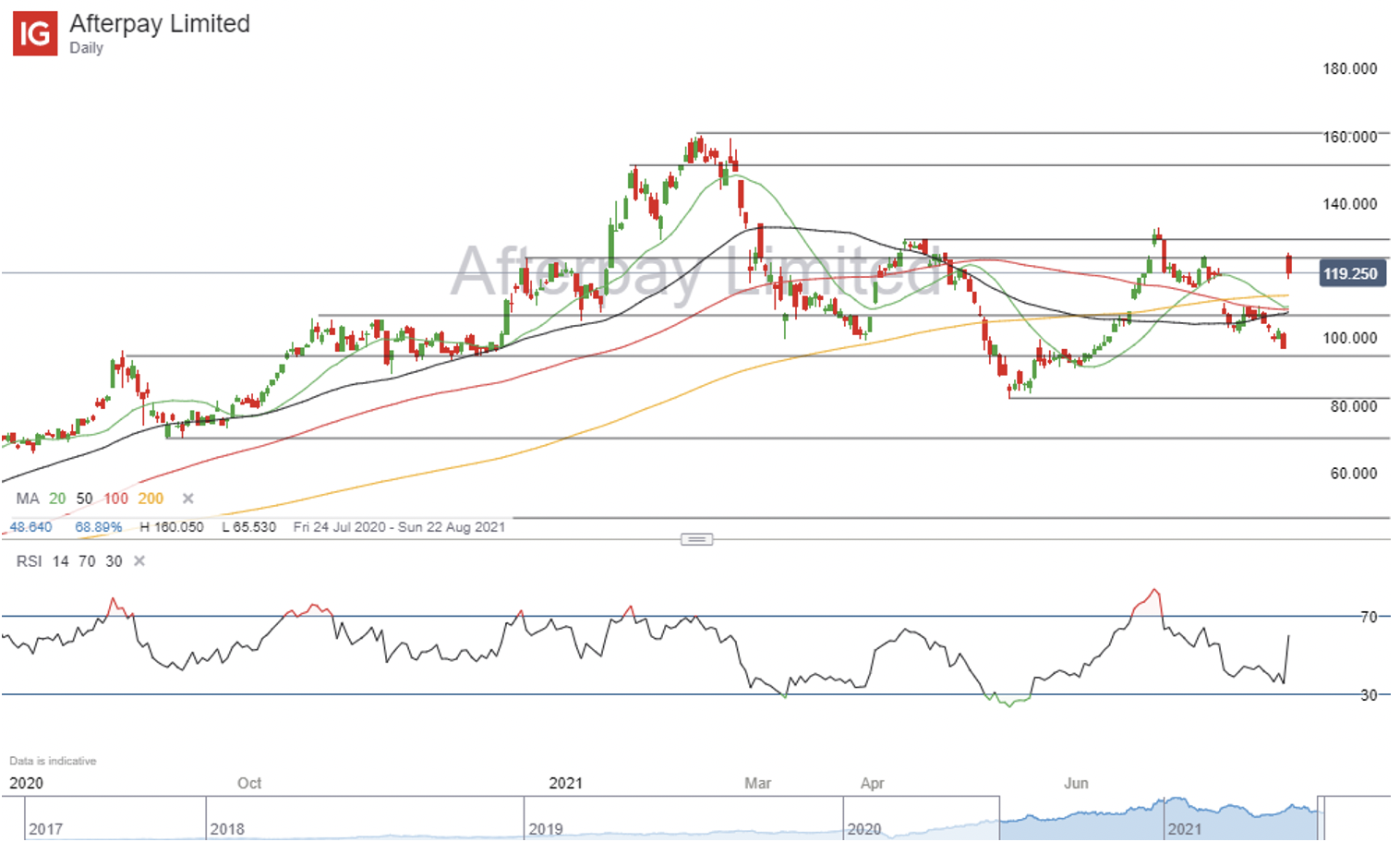