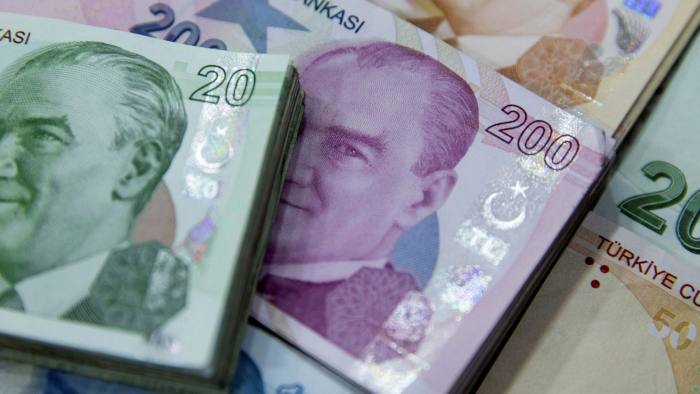 IT’S NOT A CRYPTOCURRENCY, IT’S THE TURKISH LIRA

On Tuesday, FX markets ran rampant as the Turkish Lira depreciated against the dollar nearly 20% in a single day. To put the move into context even a 2% move in the FX market is considered quite large and, well, this is nearly ten times that. Markets jumped not long after Turkish President Tayyip Erdogan reiterated his support for an aggressive easing cycle that aims to boost exports, investment and jobs.

The recent Lira sell-off began two days before the 18 November central bank meeting where a rate cut was anticipated and indeed implemented. Central Bank Governor, Şahap Kavcıoğluconfirmed a 100 basis point cut from 16% to 15% which drew much skepticism from market analysts at a time when emerging market central banks are looking to raise interest rates, not cut them.

The former deputy governor of the central bank, Semih Tumen supported monetary policy that would protect the Lira’s value and was dismissed last month by President Erdogan. 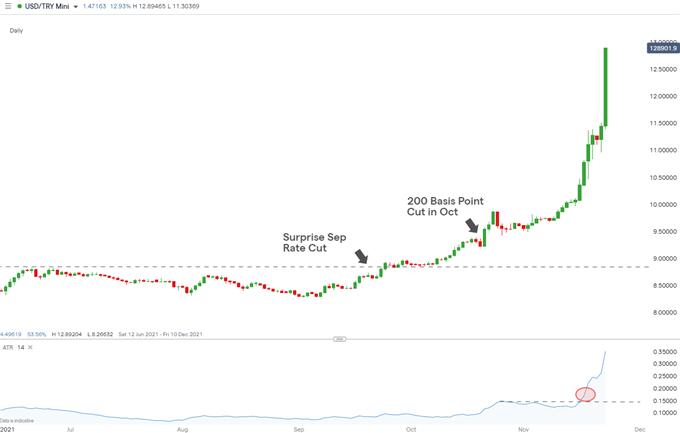 The 15 minute chart shows the Tuesday move in more detail, starting around 6AM (GMT). There was a large rejection off of the 13.500 level but extreme volatility has brought the pair back within touching distance of the high. 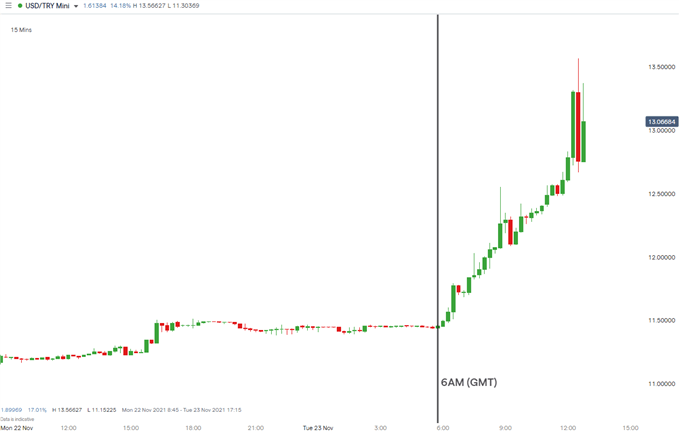 Volatility inherent in EM currencies provide opportunity as well as heightened risk. Find out why it may be a good idea to reduce trading sizes when trading volatile currencies.

The Rand attempted to stop the decline of recent selling in early trading but has experienced a turnaround as USD/ZAR currently trades higher on the day. The US dollar continues its impressive run as markets anticipated a quickened rate of tapering; while US treasuries rose across the board, as question marks over the timing of rate hikes during red hot inflation, becomes clearer.

The South African Reserve Bank (SARB), in contrast to the Central Bank of the Republic of Turkey (CBRT), decided to increase rates by 25 basis points and despite this, USD/ZAR continues to trade higher but at a much slower rate when compared to the Lira. Other EM currencies coming under pressure include: SGD, MXN, BRL, RUB with the Chinese Yuan as the only standout performer against the dollar.

Be on the lookout for economic data out of the US tomorrow with core PCE FOMC minutes and durable goods orders due to be released. 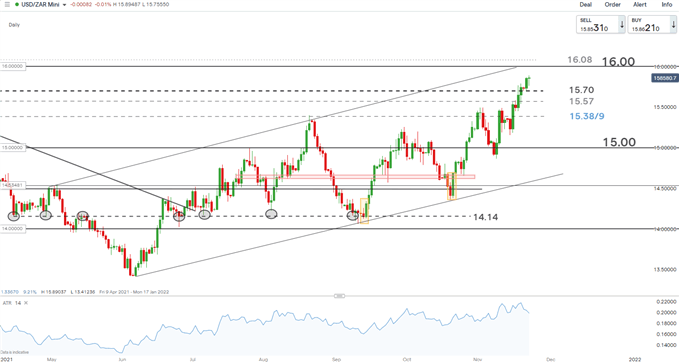