As the UK’s energy crisis unfurls in the wake of the COP26 climate summit, investors are turning their eyes to SSE. The stalwart could boom next year on the back of its renewable transition. 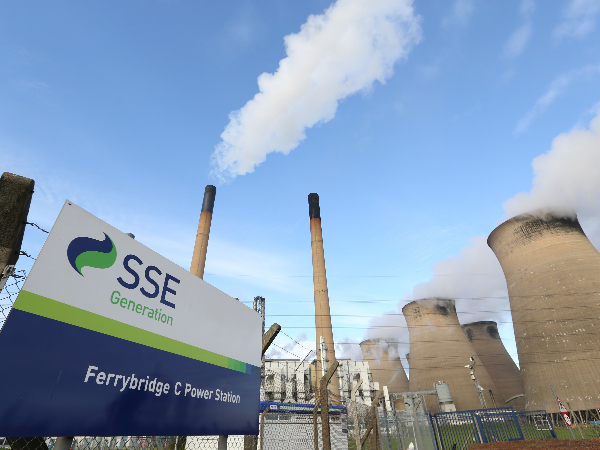 SSE (LON: SSE) is a FTSE 100 stock in the midst of a shift towards renewable energy. In January 2020, the company sold its residential energy business, which supplied 3.5 million customers, to OVO for £500 million. The timing of the deal could not have been better; two months later, the pandemic hit the markets. While SSE’s share price fell in line with the rest of the market, it wasn’t hit by the energy crisis that has seen 30 companies go bust. And at 1,636p today, it’s just 50p shy of its pre-pandemic peak.

Moreover, its defensive nature makes it an appealing investment in the event of an anticipated market correction next year. And as SSE invests heavily into renewable energies, this FTSE 100 stock is one to watch for 2022.

In HY22 results, SSE’s adjusted operating profit rose 15% year-over-year to £376.8 million, while profit before tax was up 30% to £174.2 million. Investment and capital expenditure rose 140%, reflecting the expense of shifting towards renewables. But encouragingly, net debt fell by £1 billion to £9.6 billion compared to the same half last year.

Speaking about the transition, CEO Alistair Phillips-Davies highlighted its international operations; SSE’s ‘acquisition of an 80% interest in an offshore wind development platform in Japan,’ as well as its initial steps into the USA and Denmark. And in the UK, the company has installed its first turbine jacket foundations at Seagreen, the world's deepest, fixed-bottom wind farm. Meanwhile, construction of Dogger Bank, planned to be the world's largest offshore wind farm, will start early next year. Together these projects mean that SSE is ‘building more offshore wind than anyone else in the world.’ And the company also has obtained consent for the UK’s largest pumped storage hydro project at Coire Glas.

Phillips-Davies further commented that SSE ‘will only retain other businesses that are complementary to that core and contribute to achieving net zero.’ 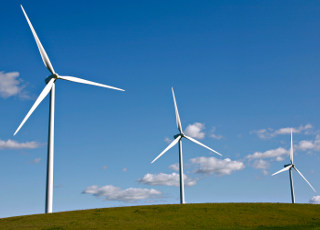 Elliot and the energy crisis

To fund its renewable transition, SSE plans to increase its capital expenditure from £7.5 billion to £12.5 billion over the next five years. Moreover, it expects to run a quarter of the UK’s offshore wind farms by 2030. To the dismay of some investors who have in the past regarded the stock as a source of passive income, it plans to fund this by cutting dividend payments.

New York-based activist investor Elliot attacked SSE over this green strategy. After building up its stake over the past year, the hedge fund is a top-five shareholder. And it now wants to spin off the renewables business, to create two separate companies.
Elliot wrote a letter to SSE Chairman John Manzoni stating that the company ‘owns one of the most attractive portfolios of Renewables and Networks assets, (but it) suffers from deep, persistent share-price underperformance.’ Elliot isn’t alone in this belief; Bernstein analysts believe the company is worth 50% more on a sum-of-the-parts valuation than its current market cap.

But SSE quickly rejected the hedge fund’s demands. Phillips-Davies is convinced that the current strategy is ‘the optimal pathway to accelerate clean growth, lead the energy transition and create value for all stakeholders.’ And he pointed out that his position was ‘backed by Moody’s who reaffirmed SSE’s Baa1 rating.’

And SSE is not alone in thinking that the shift to renewables will require money from non-renewables. BP CEO Bernard Looney thinks that ‘performing while transforming’ is central to the transition.

Meanwhile, the UK energy crisis continues to unfold. More than 30 suppliers have gone bust after being forced to supply energy to customers below cost, including Bulb, which had a 1.7 million strong customer base and has now entered into special administration.

Ovo CEO Stephen Fitzpatrick believes the government is showing ‘nowhere near enough urgency,’ and that wholesale gas price rises will become ‘an enormous crisis for 2022.’ Last week, gas prices hit a new record of 450p per therm, which could take average annual gas bills to around £2,000 in 2022. And Energy UK’s Emma Pinchbeck thinks that ‘domestic energy bills are going to go up 45-50%’ in the spring, when OFGEM’s price cap rises again.

While this is bad news for consumers, it makes SSE’s green energy transition significantly more attractive as an investment opportunity. And that makes SSE a top renewable energy stock to watch in 2022.