The price of oil, natural gas, and gasoline all jumped significantly despite the peace talks between Russia and Ukraine today. 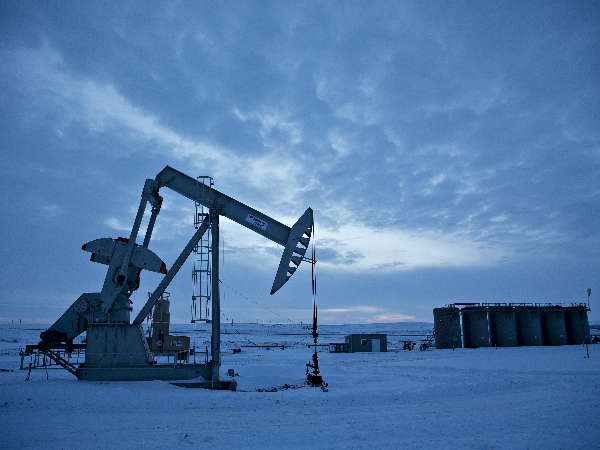 Oil, natural gas, and gasoline all jumped over 5%, 3%, and 4%, respectively, substantially despite the peace talks between Russia and Ukraine.

If the geographic tension elevates with sanctions on Russian energy, it will very likely send oil prices to another sky-high. This would undoubtedly fuel the four-decade-high inflation in the US to move toward a double-digit price increase rate. In that case, a stall in economic growth and the rising unemployment figure would become the US government’s new source of headache.

China's recent effort to fix its power shortage and establish a direct correlation between coal prices and electricity rates could be derailed by the soaring energy commodity prices. That, in turn, could drastically slow China's economic growth.


From a longer-term perspective, China is the largest trading partner of Russia. The global sanctions on Russia's financial system, the catastrophic impact on the country's economy, and the large-scale depreciation of Russia's currency will undoubtedly translate into their trading value with China.

Australia will feel similar pain as the US amid the soaring oil price. The impact may be partially offset by the price boost for Australian energy exports. Australian thermal coal, a benchmark for the fuel used as an electricity feedstock, hit a record-high, as commodity markets around the world shook by the mounting concerns over the supply. 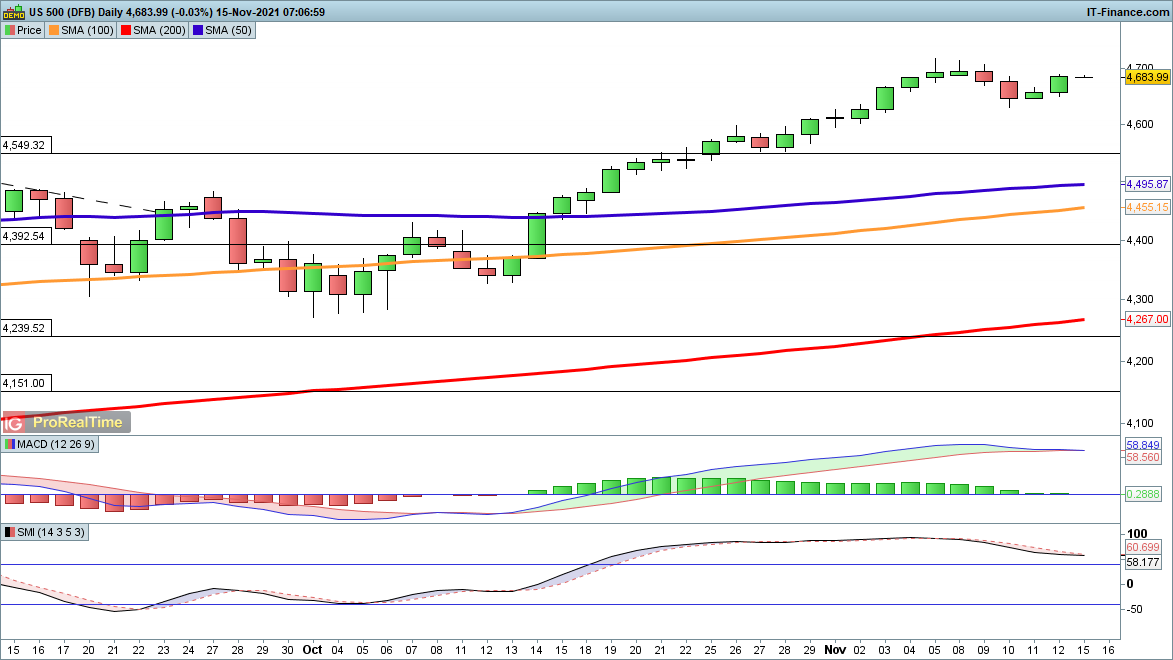 Brent crude regained the momentum on Monday after a sharp retreat last week. The price advanced aggressively by over 4% to move back on $100 per barrel. Current support can be found at the lowest point from the recent pullback near $94.65, a 20 day moving average sitting at $93.36 for now, will be the next support level.

The pressure level is looking at the recent top at $102. Above that level, the oil price will fresh a new eight-year-high and move toward $111, a level last seen in June 2014. 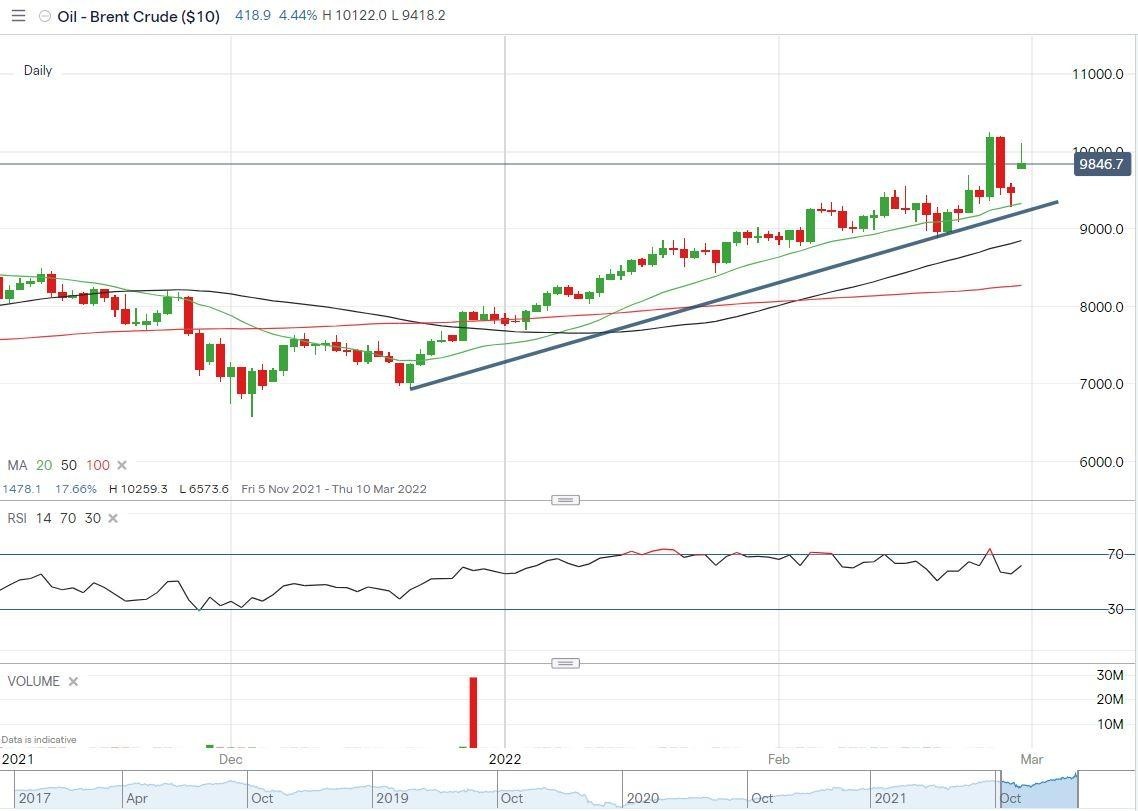 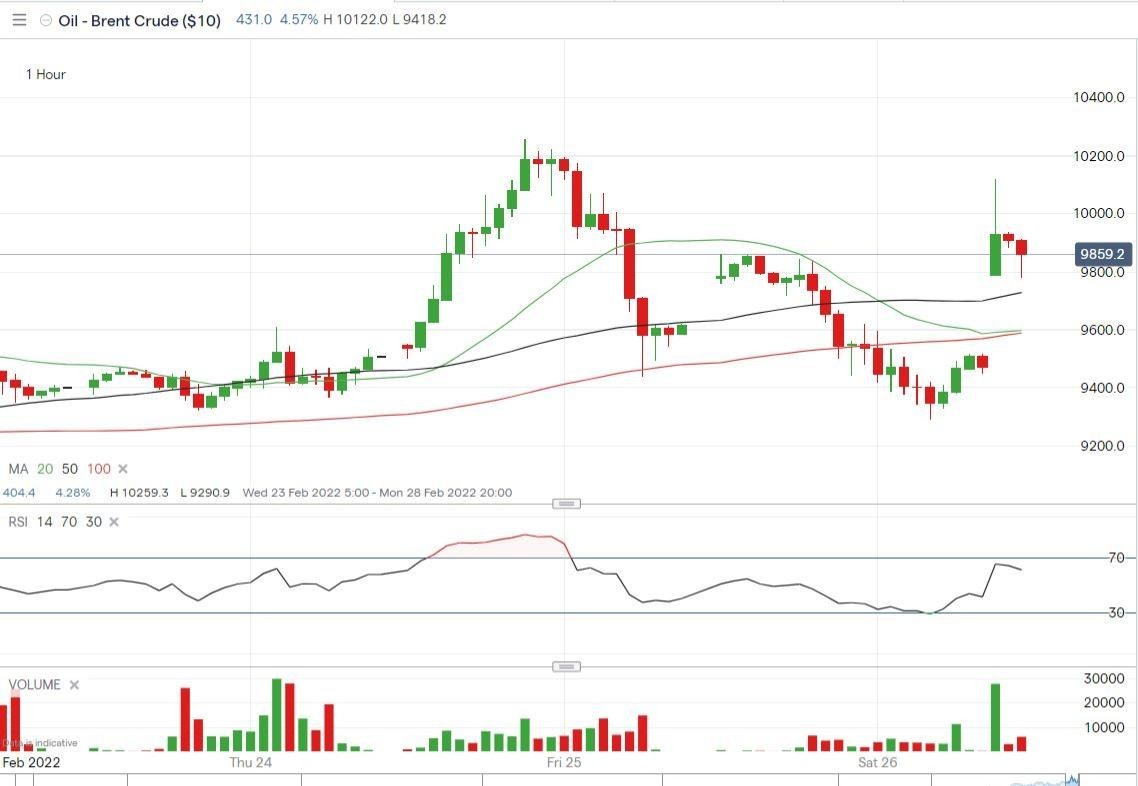 West Texas Intermediate (WTI) oil price pulled back after briefly hitting the $100 mark last week. To kick off the new week, a nearly 5% push has brought the three-digit number back in view. Notable support can be found from the hourly chart at $95.77. While in the near-term perspective, the upper boundary of the moving tunnel formed in the daily chart should be the primary target for the WTI, which perfectly coincides with the $100 mark.

The market’s momentum, indicated by the RSI, shows no sign of declining as the RSI is aiming to re-enter the overbought territory soon. 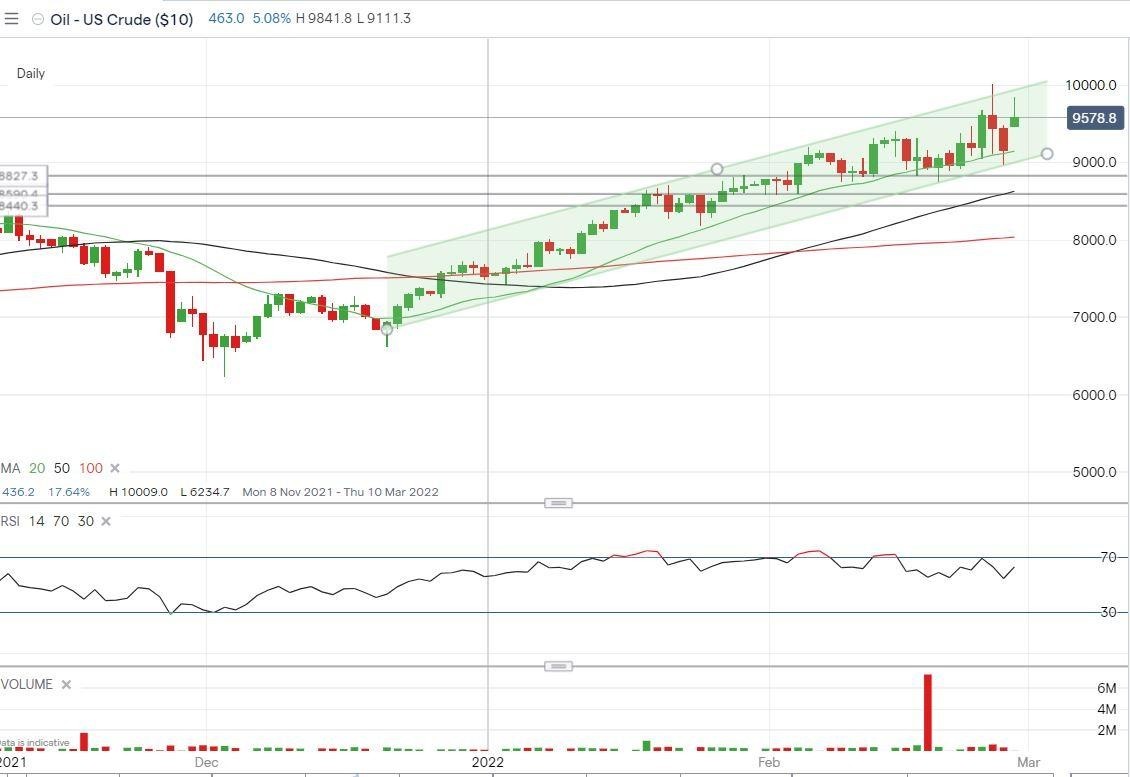 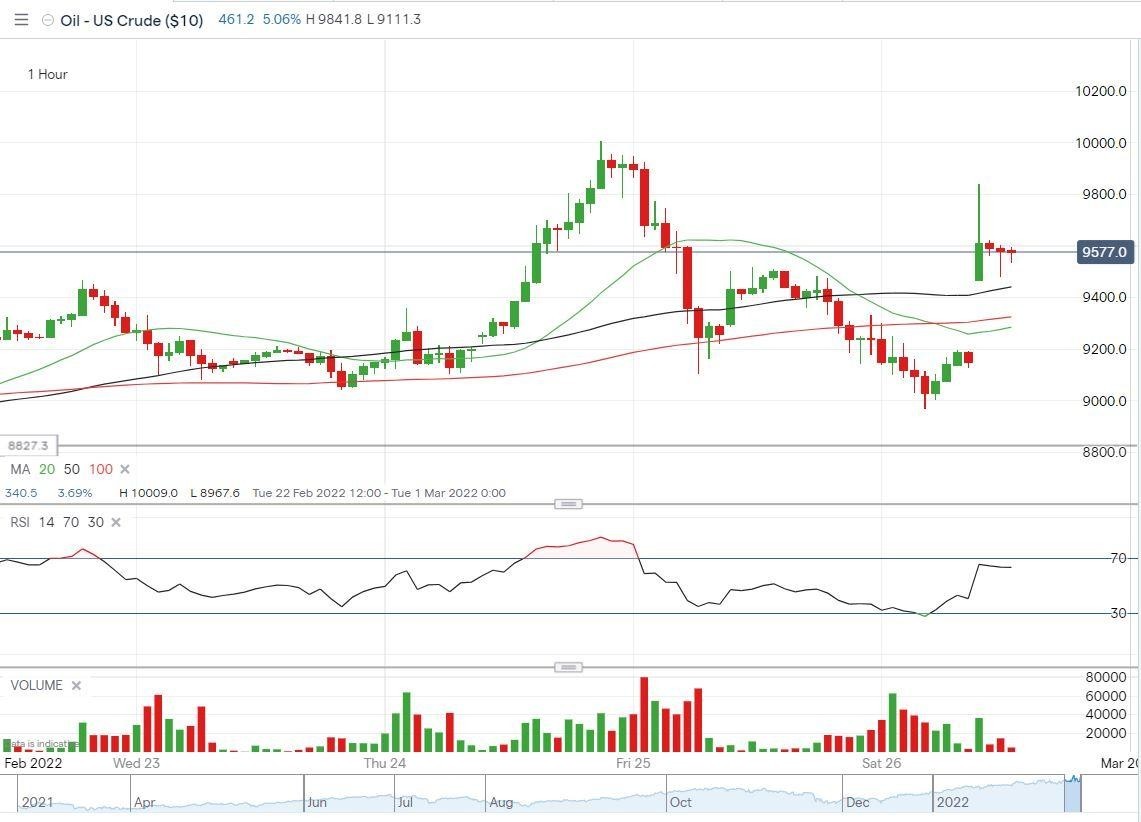