The Bank of Japan is set to hold their monetary meeting across 17 – 18 March 2022, with the central bank’s assessment of growth and inflation in focus. 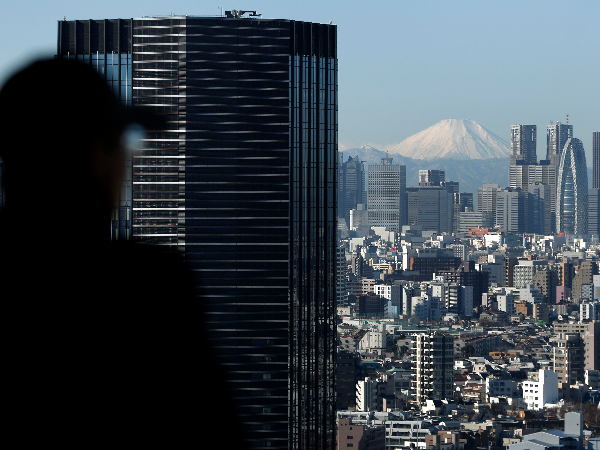 Policy tools to remain, with updated views on inflation and growth on watch

The upcoming March meeting is expected to see the Bank of Japan (BOJ) maintain its current accommodative policy stance. This includes keeping in place its target of -0.1% for short-term rates and desired trading range of 0% for the 10-year bond yield, under its negative interest rate policy (NIRP) and yield curve control (YCC). Last month, the BOJ has offered to buy an unlimited amount of 10-year bonds at a fixed rate of 0.25% in a bid to cap any rise in yields above its target range. This clearly points to the central bank’s unwillingness to shift away from its current policy stance anytime soon, with the move being the first in more than three years.

While there has been some speculation of monetary policy normalisation, the BOJ governor Haruhiko Kuroda has diminished such expectations by recently ruling out policy tightening to deal with any cost-push inflation. The next outlook report will only be released in the April’s meeting, but nevertheless, market participants will be focusing on how the BOJ will address the ongoing risks from the Ukraine-Russia war and extended virus restrictions on its growth and inflation outlook.

Inflation risks on the rise, but wait-and-see still preferred for now

With Japan being a major oil importer, elevated energy prices are driving some concerns of long-lasting impact on inflationary pressures. A comparison between the year-on-year (YoY) change of oil prices to Japan’s producer price index (PPI) suggests a tight positive correlation, which leaves Japanese firms’ margin vulnerable to any persistence in oil pricing pressures. Some cost pass-through to consumers may play out over the coming months, but a wait-and-see stance from the BOJ seems likely to remain. This is considering the fact that its economic growth remains muted and core consumer inflation may still have some room to grow before hitting the central bank’s 2% inflation target.

Japan’s latest core consumer price index (CPI) saw a 0.2% rise in January from the previous year, while recent market expectations is for a 0.6% increase in February on higher energy prices. The wait-and-see stance has been further reaffirmed by the BOJ governor, who recently suggests that any surge in inflation above its 2% target will not necessarily trigger any policy move, with his stance that cost-push inflation may prove to be temporary with the need for wage growth to see further pick-up while inflation expectations remain low. 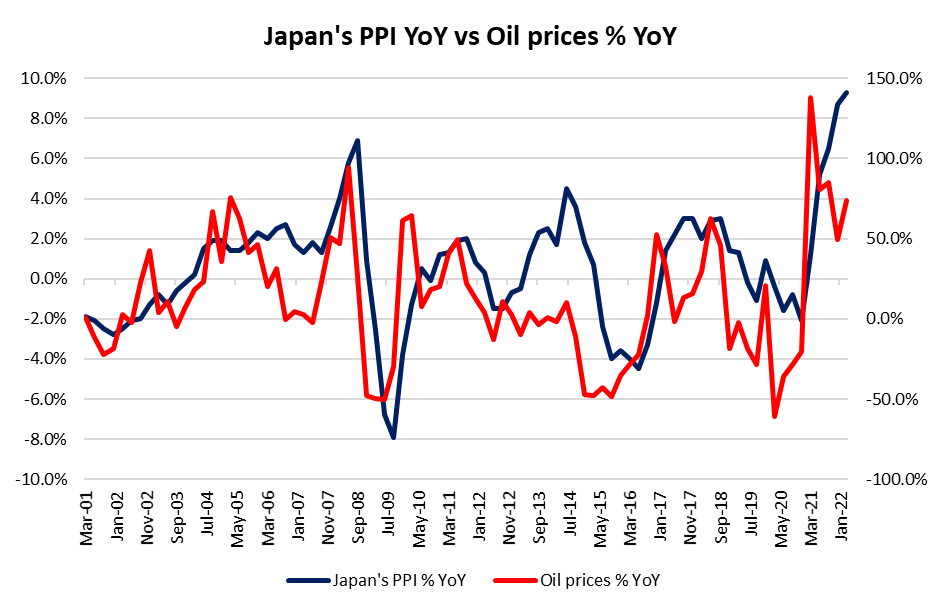 Amid a new wave of Covid-19 Omicron cases, renewed virus restrictions have once again pushed Japan’s services purchasing managers' index (PMI) deep into contractionary territory at a reading of 44.2. While the manufacturing sector tends to be more resilient to virus risks, global supply chain disruptions are still showing little signs of easing, which led to its manufacturing activities expanding at its slowest pace in five months as of February. The sluggish growth outlook is expected to be supportive of the central bank’s accommodative policy stance, who clearly may not want to risk a premature policy tightening when the economy is still under downward pressure. 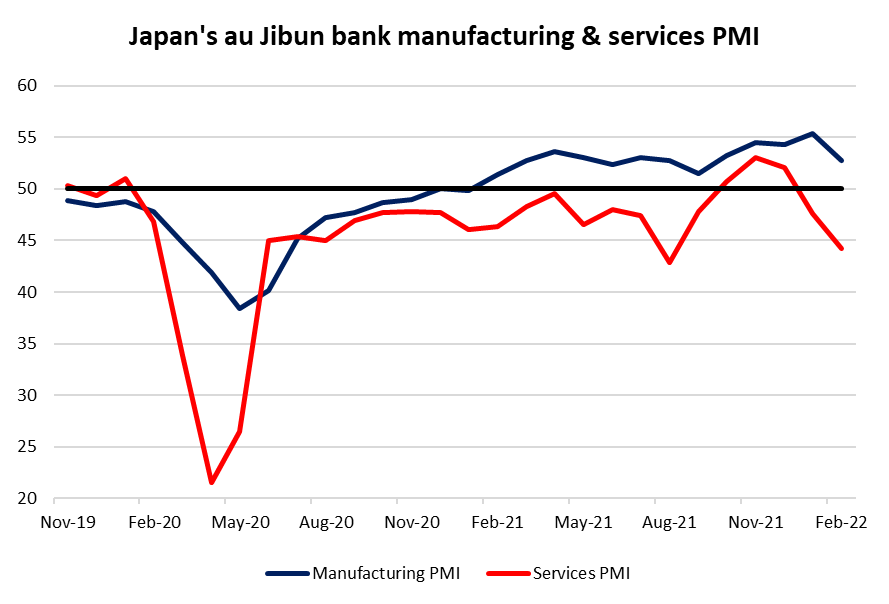 Japan 225 continues to trade with a downward bias

The Japan 225 index has been trading within a descending channel pattern since the start of the year, with the series of lower highs and lower lows giving it a clear downward bias. With geopolitical uncertainty putting a cap on risk sentiments, recent attempt to rebound from oversold level in the relative strength index (RSI) was short-lived, suggesting that equity bears remain in control. On the weekly chart, the neckline of a double-top pattern has given way. Based on the height of the pattern, the estimated downside move may place the 24,000 level on watch next. Near-term resistance may be at the 26,200 level, where the upper trendline of the descending channel lies.

The USD/JPY has broken above an ascending triangle pattern to end last week, delivering a new five-year high. The overall trend remains upward-bias, having trade with a series of higher highs and higher lows since 2021. While both currencies tend to take on a safe-haven role during times of market turbulence, the JPY has been largely trailing against the USD with recent geopolitical risks. This is because Japan is a major oil importer and surging oil prices are causing its trade deficit to widen, which in turn places downward pressure for the yen.

Spread between US and Japanese 10-year government bond yields will be on watch to drive USD/JPY’s movement ahead. Thus far, surging US inflation at a 40-year high has been supportive for higher US interest rates while the BOJ is expected to remain dovish, with the policy divergence between both central banks providing tailwind for the currency pair. Near-term resistance may be at the 118.50 level, while support to watch may be at the 116.20 level.