While hostilities on the ground escalate, Ukrainian and Russian negotiators could be thrashing out a peace deal. If successful, these British stocks could soar. 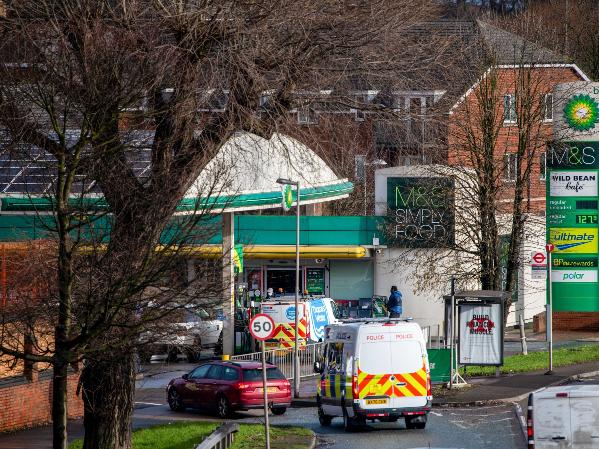 As the war for Ukraine escalates on the ground, high stakes talks between representatives of Russia’s Vladimir Putin and Ukraine’s Volodymyr Zelenskyy are finally yielding optimistic results.

The political calculation for Ukraine is drastically different compared to when the invasion began on 24 February. The obstinacy of the Ukrainian defenders has foiled the Russian plan for a rapid victory. Moreover, it appears that Russia can only take Ukraine if it levels every city in the country, ruining its economic potential.

Furthermore, Russia is being ruined on the international stage. Deputy Mayor of Mariupol Serhiy Orlov has today called the situation in his city a ‘humanitarian crisis and genocide,’ echoing the accusation levelled against Russia by Zelenskyy a few days ago.

And now, Western sanctions are leaving Russia’s entire economy teetering on the brink of collapse.

But a lasting peace will be difficult to devise. Putin wants to keep Ukraine in Russia’s sphere of influence, while Zelenskyy was elected on a pro-European platform. Russia has demanded that Ukraine change its constitution to enshrine neutrality, so it won’t join the EU or NATO, cease military action, recognise the Crimean Peninsula as Russian and accept the two Donbas republics of Donetsk and Lugansk as independent states.

However, Zelenskyy has said ‘we can discuss and find a compromise on how these territories will live on’ but added ‘we're not ready for capitulation.’ And he has underlined that ‘our goal is that in this struggle, in this difficult negotiating work, Ukraine will get the necessary result... for peace and security.’

And Ukrainian negotiator Mykhailo Podolyak argues Ukraine ‘will not concede in principle on any positions. Russia now understands this. Russia is already beginning to talk constructively… I think that we will achieve some results literally in a matter of days.’

US Deputy Secretary of State Wendy Sherman believes Russia is now showing ‘willingness to have real, serious negotiations.’ Russian negotiator Leonid Slutsky has said that they ‘see significant progress… may grow in the coming days into a joint position of both delegations, into documents for signing.'

If a peace deal is reached, certain London-listed stocks could soar. Rolls-Royce and IAG both suffered during the covid-19 pandemic and were both set to recover as fears of the Omicron variant faded.

While IAG is predicting a return to profitability in 2022, this is likely to be supercharged if peace is declared. Rolls-Royce, as the premier aircraft engine manufacturer and repairer will also stand to benefit. Moreover, Rolls-Royce shares are down 20% to 94p and IAG shares down 17% to 135p over the past month. These could be tempting entry points for the speculative investor.

Then there are the mining stocks that have been impacted by the war. Evraz, Polymetal, and Petropavlovsk have all seen their share prices collapse due to their links to Russian operations. The three are also being deleted from the FTSE Russel indices — but fundamentally, all are solid businesses that would likely rapidly recover if sanctions are lifted.

Likewise, iron ore miner Ferrexpo is a British stock to watch. Its operations in Ukraine are still ongoing, where it’s stockpiling iron until hostilities cease. The world’s third-largest exporter of iron ore pellets has seen its share price halve since the invasion began. But again, any peace deal could see Ferrexpo recuperate.

Finally, FTSE 100 oil majors BP and Shell have both been politically required to give up their investments in Russia. BP is selling its 19.75% stake in Rosneft, while Shell exiting its partnerships with state-backed Gazprom.

While Brent Crude remains high by historical standards, a peace deal, new Iran agreement, or increased output from Saudi Arabia could all see it fall substantially. But peace would allow BP and Shell to re-access Russian oil fields; a third of BP’s oil production came from Russia last year.

As the prospects of a peace deal grow, some of the best British stocks decimated by the Russia-Ukraine war could rapidly recover.