The FTSE 100 fell below 7,000 points earlier this month, before recovering. But the Russia-Ukraine war, covid-19 pandemic and tightening monetary policy could cause another market sell-off soon. 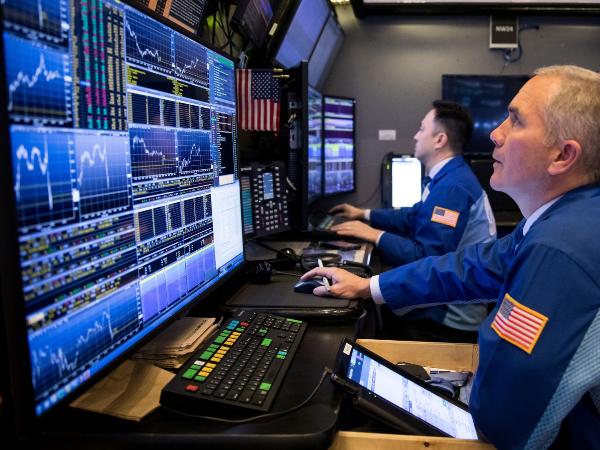 And a further market sell-off closer to its March 2020 low of 5,190 points remains a distinct possibility, as three synergistic pressures constrict the index's growth.

As the ground conflict rages, negotiators on both sides are attempting to broker peace. But there remains a vast gulf between what Russia is demanding and what Ukraine is prepared to accept. World Bank President David Malpass has called the conflict a ‘catastrophe’ that comes at an especially ‘bad time for the world because inflation was already rising.’

With Russian and Ukrainian exports collapsing, markets are seeing multi-year price hikes for Brent Crude, Wheat, and metals including Aluminium, Palladium, Gold, Nickel, and Uranium. While the rising price of oil has benefited FTSE 100 oil majors BP and Shell, their divestment of Russian interests has left their share prices worse off than before the war.

Moreover, the International Monetary Fund’s (IMF) managing director Kristalina Georgieva believes that as the Rouble collapses, the IMF ‘no longer think of Russian default as an improbable event,’ but is more concerned for the ‘consequences that go beyond Ukraine and Russia.’ World Bank Chief Economist Carmen Reinhart concurs that Russia is ‘mightily close’ to default.

And in the first week of March, just nine M&A acquisitions worth £600 million were signed off in London. The week before, 36 deals worth £4billion were agreed, a strong signal that the days of rapid growth are over.

The covid-19 pandemic saw consumer demand collapse for nearly two years. But with the global economy reopening, demand is rocketing at the same time as manufacturers are struggling to increase output. The result has been supply bottlenecks and soaring transport prices; the Drewry World Container Index is up 83% over the past year, with an average 40-foot container on a major supply route costing $9,412, up from the five-year average of $3,101.

And while the Ukraine war was already worsening the supply chain pressure, the problem is being compounded by China’s ‘zero-covid’ policy. With 5,000 cases rocking Jilin province, the entire 24-million strong region has been placed into lockdown. This is the first time an entire province has entered lockdown since Wuhan and Hebei at the start of the pandemic. Multinationals including Toyota, Volkswagen and Apple-supplier Foxconn have all virtually stopped production.

It's left China’s Shanghai Composite down 11.6% and tech-heavy Hang Seng index down 25.5% over the past month.

The original Omicron discovery saw the FTSE 100 fall from 7,310 to 7,044 points on 25 November. The impact on sentiment on FTSE 100 travel stocks IAG and Rolls-Royce could prove drastic, with both already suffering from the fallout of the Ukraine war.

Inflation is no longer being described as ‘transitory,’ with the Consumer Prices Index now at 7.9% in the US and 5.5% in the UK. The Bank of England is set to increase the base rate from 0.5% to 0.75%, and potentially to 1% on Thursday. And Capital Economics predicts that the ‘low unemployment rate and high wage growth will prompt the Bank to raise rates to 2.00% next year.’

Of course, increased interest rates could strengthen FTSE 100 bank stocks HSBC, Lloyds, Barclays, and NatWest. However, this positive effect could be wiped out by a wider economic correction.

Meanwhile, TUC general secretary Frances O’Grady believes working people are ‘facing the steepest decline in real pay for eight years, and a cost-of-living crisis that will get worse… energy bills will rise at least 14 times faster than wages this year.’ Energy bills alone are rising by 54% next month, with further large increases in October are predicted.

This worsening cost-of-living crisis could have a dual effect on FTSE 100 stocks, as individuals cut back on spending, harming growth. And if bills continue to outstrip wage rises, they could withdraw their money from the markets altogether.