Greed is a natural human emotion that affects individuals to varying degrees. Unfortunately, when viewed in the context of trading, greed has proven to be a hindrance more often than it has assisted traders.

Greed can very easily turn good trades into bad ones and bad trades into worse trades. This article provides a number of tips to control greed and how to stop it interfering with your trading success.

WHAT IS GREED IN TRADING AND HOW DOES IT IMPACT TRADER SUCCESS?

Greed can be described as an intense desire for something and often manifests as the intense desire for wealth. This can easily get out of hand when the market moves against traders but is equally likely to negatively influence trading decisions on winning trades.

Examples of greed when trading:

Greed can alter your mental state, harnessing your focus to maximise utility/happiness/wealth. The desire for these things often results in traders placing trades they otherwise would never have thought of executing.

Furthermore, greed poses a threat to the trading account. Doubling down, adding too much capital to winning positions, and over-leveraging can quickly result in a margin call or can deplete account equity.

The chart below provides an example of the negative influence of greed. The chart shows a scenario where a trader enters a long position in EUR/USD (without a stop) after the large green candle, hoping that that market moves higher. The market moves lower and places the trader into a losing position. Greed may entice the trader to not only maintain the existing position but to open a new long position when the market shows signs of turning around (the second blue arrow).

The idea of buying at this relatively low point and turning a losing trade into a winner can overwhelm traders. Furthermore, such greed can blind traders to the degree that it is possible to trade in the opposite direction to the trend without even noticing. 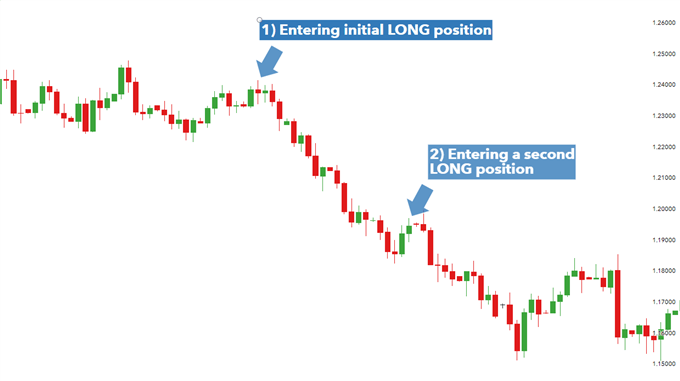 Greed is often accompanied by other emotions, such as fear. Fear appears many times in a trader’s journey which is why it is essential to learn how to manage fear from the onset.

HOW TO CONTROL GREED WHEN TRADING

Fortunately, greed can be controlled and overcome like all emotions. With time and the necessary discipline, it is possible to execute trades without greed getting in the way.

Greed can be seen as the opposite of discipline. Individuals that are disciplined very seldomly fall into the greed trap as they have some sort of plan and stick to it. Trading plans and trading journals are a great way to keep traders on the right path and not be tempted to enter trades that deviate from the plan.

Traders should also consider setting strict stop losses and target a number of pips to the upside before entering a trade. This is referred to as the risk to reward ratio and was found to be the single most important trait of successful traders.

It’s important to remember that managing and dealing with greed is not something that will be resolved over the next couple of trades. However, traders that are conscious of how greed can negatively influence trading and implement the above points as part of a trading regimen, will be taking positive steps toward the goal of “greed free” trading. 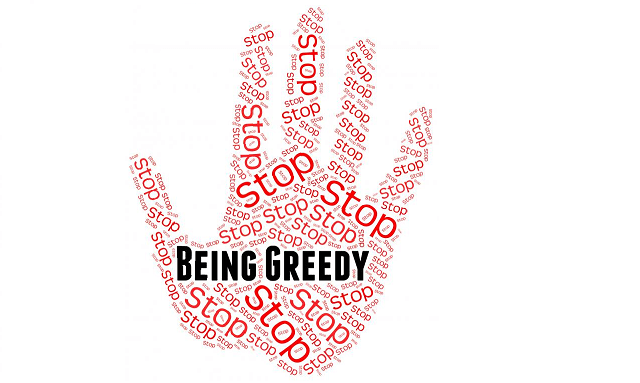