The S&P 500’s brief move into a bear market on Friday has caught the attention of many. What is the outlook for the rest of 2022 for global stock markets? 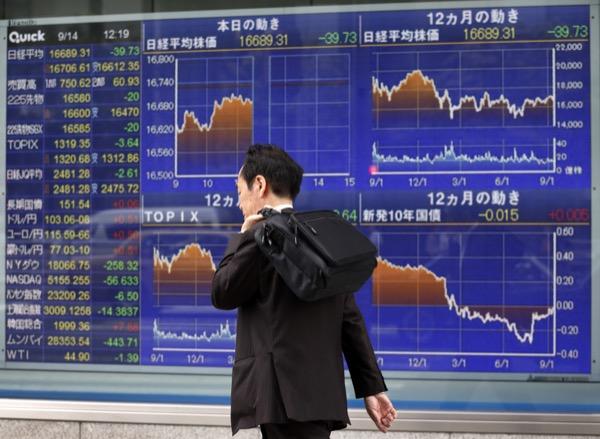 The news that the S&P 500 had, if only briefly, entered a ‘bear market’ dominated headlines at the end of last week.

While the index actually finished up by a tiny amount on the day, the symbolic moment had arrived, putting the seal on one of the worst weeks for the S&P 500 and the Dow Jones in a century.

But investors who are inclined to panic on reading the headline ‘bear market’ will want to be slightly cautious before they opt to flee equities altogether. The term ‘bear market’ is entirely arbitrary; it means stocks have fallen 20% from recent highs. By comparison, a ‘correction’ is used when stocks fall 10% from their recent highs.

This of course sounds bad, and while the index itself might ‘only’ be down 20%, it is important to remember that a host of stocks in the index will have suffered much more. Looking back to past 20% falls might not look so bad with hindsight, but it is understandably tough for investors to remain calm when they see their portfolios (or at least part of them) suffering such heavy losses.

Markets are not created equally

While it is true that the S&P 500 has fallen sharply, it is also true that some markets have done better in 2022, and others much worse.

In this world of rising rates, it is perhaps not surprising that the Nasdaq has fallen by around 27% so far this year. Continental European indices have dropped by around 15% or so, but the FTSE 100 is down just 0.7% so far, bolstered by its mining and oil stocks.

In addition, this discussion around ‘bear markets’, like so much in the financial media, almost entirely ignores the context. It is true that 2022 has not been a great year for stock markets overall, but the MSCI World index rose 28.4% in 2019, 16.5% in 2020 and 22.4% in 2021, a stellar set of returns, especially amid a global pandemic.

Selloffs in the stock market are brutal things, and it will be little comfort for investors to read the above when they have watched some of their stocks, like Netflix, fall by over two thirds. But the price of big gains is big declines, and for high valuation stocks such volatility is par for the course.

Is a rebound likely?

It is also important to remember that even the most brutal bear markets can see equities stage impressive rebounds.

The sustained bear markets of 2000-2 and 2007-9 both had several false dawns, where equities rallied hard and for an extended period. Even this year, the Nasdaq fell some 20% from January, and then rebounded 17% in March, before falling another 23%.

Stocks are now much cheaper than they were, the falls having done wonders to clear out much of the ‘froth’ in valuations. Already, the great investor, Warren Buffett has started to buy stocks again, having waited out the last few months with a growing cash pile.

Market breadth readings are also down sharply. Friday’s session closed with just 13% of the S&P 500 above their 50-day moving average (MA), a two-year low, while the percentage of names above the psychologically important 200-day MA was just 23%, another two-year low. Like an overstretched elastic band, a bounce is possible, though as last week shows, the urge to sell is still strong.

Recent weeks have seen plenty of financial commentators pointing out that stocks have suffered heavy falls, and are now at the kind of technical and fundamental levels that suggest the risk-reward ratio for buying is skewed to the upside. To reinforce this point, they note that previous instances over the past decade when such breadth readings as those above were seen have been followed up by strong returns.

This is true, and it is important not to discount the possibility that markets, having endured heavy losses, will now start to bounce. But recent times have not been accompanied by the kind of tougher economic outlook that we see now. Central banks are actively raising interest rates, not cutting them or holding them near record lows. This requires a readjustment of portfolios, and could see investors cut back on riskier stocks as yields rise.

In addition, the great quantitative easing (QE) programmes have been halted and are also being actively unwound. This again marks a step-change from the past few years. While it is certainly possible for equities to rally as rates rise and QE is slowly walked back, it will be much harder.

Even if the global economy escapes a recession in coming quarters, it is still going to be a tough environment for earnings too. Economic growth is expected to slow, and high inflation is eating away at consumer spending; higher interest rates pile on additional pressure on wallets too. Stock markets tend to rise when earnings are rising – the second half of that observation may start to change in coming quarters.

Overall, while it is important not to become too gloomy, it does look as if equities face a difficult second half of 2022.

Investors must remember that a sudden, dramatic bounce in stocks does not mean that the bull market is back. No one has a crystal ball, so risk management and an open mind are crucial right now, but it is almost certainly the case that, whatever happens to markets, volatility will remain high.