With one vote standing between Labor and an outright majority, Pilbara Minerals shares could soon be striking record highs. Pilbara Minerals (ASX: PLS) shares shot up from 15 cents during the covid-19 pandemic-induced crash to a record $3.72 by mid-January earlier this year.

Now down to $2.81, the ASX 200 lithium stock could see another price breakthrough soon.

Dating to 3.6 billion years ago, the Pilbara region in Western Australia is home to the fossilised remains of Earth’s oldest lifeforms. And with a population of just 61,000 people, the vast space is one of the most sparsely populated on the planet.

Named for the lithium-abundant region, Pilbara Minerals believes its 100%-owned Pilgangoora mine makes it the ‘leading ASX-listed pure-play lithium company,’ of the ‘the world’s largest, independent hard-rock lithium operation.’

With an $8.36 billion market cap, these aren’t just marketing words. And the ASX lithium stock could soon see this figure rising.

On 1 May, then to be Prime Minister Anthony Albanese tweeted ‘Labor will invest $1 billion in developing value-added products from Australian resources. We'll take resources like lithium and nickel, and instead of shipping them to another country to make batteries, we’ll have what we need to make them right here.’

The Labor party campaigned to strengthen domestic renewable energy, promising to invest a matched $39.3 million in EV charging stations, exempting most EVs from import tariffs and fringe benefits tax, and doubling the Driving the Nation Fund.

And with the party now just one seat from an outright majority, it’s also likely to see significant support from the Teal Independents, the Greens, and the public to push through rapid green legislation. 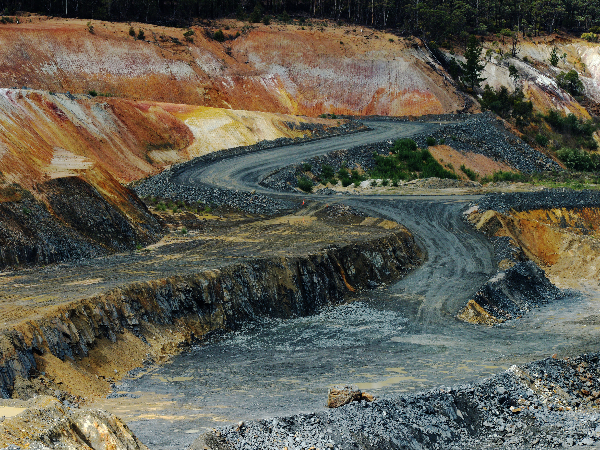 But this isn’t the only good news for Pilbara Minerals’ share price.

On 17 May, the ASX lithium stock announced it had been awarded a $20 million grant from the Australian government alongside partner Calix under the Modern Manufacturing Initiative. The funds are earmarked ‘for the progression of a demonstration scale chemicals facility at the Pilgangoora Project - with the aim of producing lithium salts for global distribution via an innovative midstream “value added” refining process.’

The project aims is to ‘deliver a superior “value-added” lithium raw material that outperforms across the key metrics of product cost, quality, carbon energy reduction and waste reduction/handling.’

And specifically mentioning ‘increased downstream “value-add” realisation within the Australian economy,’ Pilbara is almost exactly echoing the words of the country’s new PM. Pilbara and Calix aim to create the joint venture in Q3, with a final investment decision likely by early 2023. And with a new man in charge, further funding could be on the agenda.

It also released a corporate presentation highlighting both the ongoing lithium price spike alongside its updated strategy to expand production at Pilgangoora to between 560,000 and 580,000 tonnes of spodumene concentrate starting next quarter.

Then on 24 May, Pilbara announced the results of its fifth spodumene concentrate digital auction held via its Battery Metal Exchange (BMX).

Its 5,000dmt cargo of 5.5% grade lithia received ‘strong interest’ from a ‘broad range of buyers,’ and Pilbara accepted the highest bid of USD$5,955/dmt. And as standard contract pricing is conducted on a 6% grade basis, PLS is being paid the equivalent of US6,586/dmt.

For perspective, this is another record selling price for Pilbara Minerals. After setting up the BMX exchange to provide a clear price for battery grade-lithium concentrate, its first auction in July last year saw it sell a 10,000dmt cargo of identical 5.5% spodumene for US$1250/dmt.

This means its spodumene has gained a 376% premium in less than a year, as the Chinese bidders that process 80% of the world’s battery-grade lithium desperately scour the globe for new sources.

RBC Capital Markets analyst Kaan Peker notes that at this latest auction ‘the price equivalent is 35% above the current spot price in China and indicated that Chinese converters are willing to pay more for spodumene given the current lithium market conditions…prices in China/Seaborne can still move higher.’

With Albanese politically contracted to utilise Australian lithium to make more EV batteries domestically, the number of bidders for auction number six could be about to go up.

And this can only be good news for Pilbara Minerals shareholders.

Take your position on over 13,000 local and international shares via CFDs or share trading – all at your fingertips on our award-winning platform.* Learn more about share CFDs or shares trading with us, or open an account to get started today.