The Australian dollar looks to hold overnight gains after USD rally pauses; the RBNZ rate decision and China’s trade data are on tap for today’s session and AUD/USD is trading in a Falling Wedge pattern. 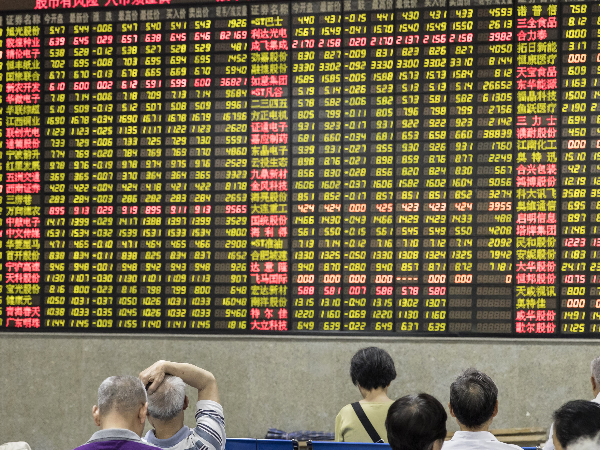 Treasury yields fell, more so along the long end of the curve. That pushed the 2Y10Y yield spread deeper into inversion, which inflamed already high fears over a global economic recession. A Treasury auction for ten-year notes was met with weak demand ahead of tonight’s US consumer price index (CPI). Analysts expect to see US inflation increase to 8.8% y/y for June from 8.6% y/y in May.

Gold prices slipped nearly half a percent despite a softer Greenback. The driving force for that weakness appeared to be a sharp drop in breakeven rates, driven by falling nominal yields and a rise in inflation-indexed yields. Silver prices were also lower. The strength in real yields may have also put pressure on oil prices. The American Petroleum Institute (API reported a surprise inventory build of 4.8 million barrels for the week ending July 8.

China’s trade data for June is due out today. Analysts see exports rising 12.5% y/y and imports gaining 4.0% y/y. Some fears around Covid-related resections, currently being reintroduced across some cities, may ease if the data beats estimates. The second-quarter gross domestic product (GDP) data will follow on Friday.

The New Zealand dollar is modestly higher against the Greenback after the currency pair hit a fresh multi-year low earlier this week. NZD/USD has suffered from declining commodity prices. The Reserve Bank of New Zealand (RBNZ) is expected to lift its Official Cash Rate (OCR) by 50-basis-points (bps).

New Zealand faces relatively strong inflation pressures. However, ebbing demand and falling business confidence may see the RBNZ ease up on raising rates later this year. For now, real interest rates are deeply negative. If the RBNZ pulled back from its hawkish stance at this point, it would likely send the Kiwi dollar lower.

AUD/USD is trading below the October 2021 trendline near multi-year lows. Since late June, prices have carved out a Falling Wedge pattern. A move above wedge resistance may see prices break higher. For now, a bearish bias remains. A break below the recent multi-year low may see weakness accelerate. 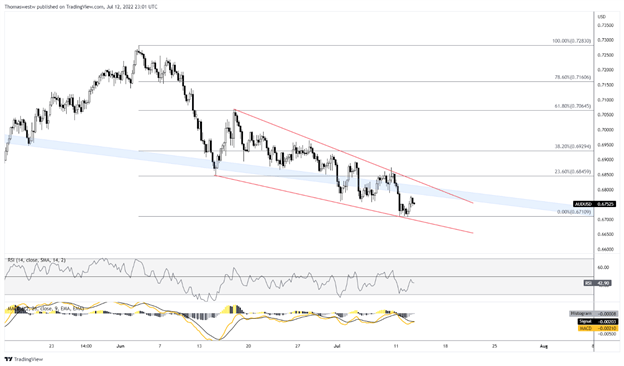