High quality and defensive companies can help protect wealth during a market downturn.

The economic and investment backdrop is shifting, pushing investors to reallocate capital and rotate their portfolios to adjust. Today, we look at the case for investing in ‘quality’ and ‘defensive’ stocks as a way of protecting or growing wealth in the current market environment.

What is a quality stock?

Quality stock is a stock belonging to a company of higher quality. When it comes to assessing whether a stock fits this bill, an investor must know what it means for a company to be ‘quality’. The term is commonly referred to in factor-investing. According to the website Investopedia, quality stock is one with ‘low debt, stable earnings, consistent asset growth, and strong corporate governance’. Typically, these companies are large-cap (or even mega-cap) and have strong stable cash flow generated from their operations, a highly sophisticated and competent management team, and often a large ‘moat’ that gives them dominance in their market. In the US, big tech-names like Apple, Amazon, Microsoft, and Alphabet are synonymous with quality. In Australia, a company like CSL is often said to fit the bill.

What is a defensive stock?

As the name suggests, a defensive stock is one that defends an investor’s portfolio. But what is an investor trying to defend themselves from? Generally, defensive stocks refer to ones that either maintain their value during an economic downturn – or sometimes thrive within it. Investopedia defines a defensive stock as one that ‘provides consistent dividends and stable earnings regardless of the state of the overall stock market’. For this reason, defensiveness refers to the performance of a company in the context of the economic cycle – and therefore may be contrasted with cyclical stocks, which outperform in stronger economic environments. These companies are found in the health care, utility and consumer staples sectors - or areas of the market that derive profits from things consumers can’t easily go without.

Why look at these companies now?

Investing in defensive and quality companies is becoming more popular now because of changes in the economic cycle. After a period of very strong growth powered by the extraordinary amounts of stimulus pumped into the global economy during the pandemic, a subsequent period of high inflation has forced central banks to begin the process of slowing the economy by aggressively raising interest rates. In addition to several economic shocks, including the war in Ukraine and rolling COVID-19 lockdowns in China, which are leading to rising business costs, the global economy is confronting a period of weakness and tighter financial conditions. This environment is seeing investors seek out relatively less risky investments and are more likely to protect wealth from any downturn. 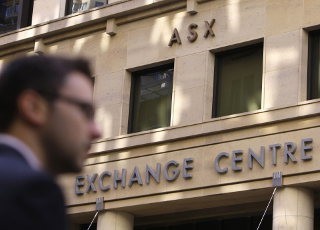 CSL is one of the largest companies on the ASX with a market capitalization of around $140 billion. It sits in the healthcare sector and specialises in the research, development, and manufacturing of biotechnology products.

Being in the healthcare sector, the company fits the bill of a defensive stock but also possesses several features of a quality company. It also gets tagged with the label of ‘growth’ company due to its long-term growth prospects.

The company is a leader in the market and boasts a strong balance sheet with $US6.3 billion in cash and cash equivalents. CSL’s earnings did take a hit during the pandemic, and its revenue growth slowed due to difficulty collecting plasma for the company’s immunoglobulin product during the COVID-19 pandemic. However, the company managed to remain cash flow positive and maintain low debt levels throughout that period, with recent updates from management suggesting collections are normalising.

The outlook for CSL is looking more promising going forward as the world exits the pandemic. Current multiples are around long-term averages, with a P/E multiple hovering just below 40. But data according to Reuters suggests that the company is likely to increase its dividend by 16% from an estimated $1.05 this financial year to $1.22 the financial year after.

Analysts remain very optimistic about the stock according to Reuter data, with 14 out of 15 covering it ascribing a ‘buy’ rating. The current consensus price is $319. 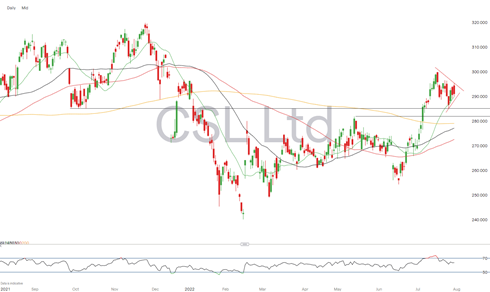 Transurban is an ASX20 stock which builds and operates toll roads. It has a market capitalization of around $44 billion, and although is classified within the industrials sector, is considered a stock with strong defensive qualities.

The major appeal of Transurban is its market dominance and ability to pay out a predictable and consistent dividend to shareholders. As a toll road operator, it has strong pricing power and the ability to pass on higher costs to customers. The company’s management is also committed to paying out a dividend to shareholders. Despite the company posting a loss in its 2020 and 2021 financial years as revenues collapsed because of mobility restrictions during the pandemic, it still managed to pay out dividends of 46 cents and 30 cents respectively. According to data compiled by Reuters, Transurban ought to pay out a dividend of 40 cents this financial year and increase that by approximately 50% to 59 cents the following.

Transurban generally won’t deliver strong capital gains for investors like some ‘quality’ stocks might. However, its relative lack of share price volatility is a part of its appeal as a place for investors to park money in an uncertain economic environment. The company’s shares have traded in a tight $2.50 range throughout the most part of the post-pandemic period, with the price nearer to the top of the range at present.

According to data compiled by Reuters, analysts are lukewarm towards the stock. Of 14 brokers surveyed, seven recommend buying, but six suggest holding, and one selling. The share is trading relatively rich versus the consensus price estimate of $14.19. 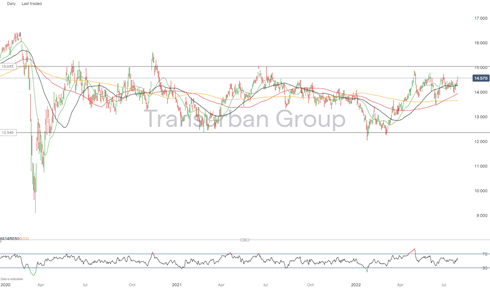 Microsoft is a ubiquitous name in the business world. One of Wall Street’s largest tech players, Microsoft is often labelled as simultaneously defensive, quality and growth.

Technology shares have dropped considerably from the record highs registered in 2021. The combination of the so-called ‘reflation trade’ that saw long-dated bond yields rise and money flow into cyclical stocks hammered the sector and sent the NASDAQ deep into a bear market. Despite Microsoft’s investment appeal, it was no exception to this dynamic, losing nearly 30% of its value, from peak to trough.

However, with the shift in the macroeconomic environment, the company’s share price is showing signs of recovery, with tighter financial conditions, a potential recession in the US, and falling long-term bond yields pushing money towards many of Wall Street’s old reliables.

Microsoft’s products are embedded in most people’s lives, while the shift towards cloud computing means the company maintains strong growth prospects and stickiness amongst existing customers.

From a financial standpoint, Microsoft couldn’t be more secure. It boasts $US104 billion of cash on its balance sheet. And although its cash position has been worn down in the past 12 months, much of that is to do with generous share buyback programs that the company has implemented to return money to shareholders. Debt to equity remains very low at roughly 0.3.

Much like its fellow Wall Street tech counterparts, the appeal of a stock like Microsoft is not only its quality and defensiveness but also its long-term growth prospects. Despite missing earnings and revenue in its recent results, Microsoft’s management painted a positive picture of the company’s outlook, with growth in its cloud computing arm Azure a large driver of this. That has analysts expecting a nearly $US2.60 full-year dividend from the company come next financial year.

Out of 52 analysts surveyed, 49 rate it either a buy or a strong buy, with the remaining three favouring a hold. The consensus price target is at a nearly 15% premium to its current price at $350 per share. 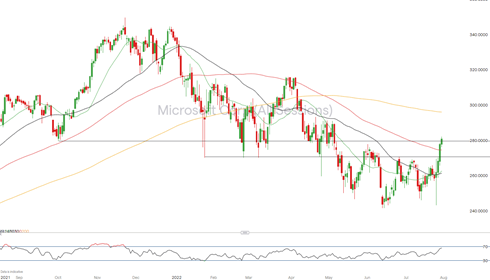 Investors are confronting a more challenging financial and economic environment. As a result, understanding where money might be best allocated given this backdrop gives an investor the best opportunity to ride out this period of weaker growth. Companies that have qualities such as stable earnings and dividends, competent management, and strong balance sheets often outperform in times like these. While there’s never a guarantee any investment will deliver its desired outcome, defensive and quality stocks can protect or even grow wealth during a market downturn.

This information has been prepared by IG, a trading name of IG Australia Pty Ltd. In addition to the disclaimer below, the material on this page does not contain a record of our trading prices, or an offer of, or solicitation for, a transaction in any financial instrument. IG accepts no responsibility for any use that may be made of these comments and for any consequences that result. No representation or warranty is given as to the accuracy or completeness of this information. Consequently any person acting on it does so entirely at their own risk. Any research provided does not have regard to the specific investment objectives, financial situation and needs of any specific person who may receive it. It has not been prepared in accordance with legal requirements designed to promote the independence of investment research and as such is considered to be a marketing communication. Although we are not specifically constrained from dealing ahead of our recommendations we do not seek to take advantage of them before they are provided to our clients.