The Australian dollar continues to bump around in a two cent range; RBA rate hike not enough to support AUD but trade numbers can’t be ignored and China and Taiwan make the news, but a hawkish Fed might drive AUD/USD. 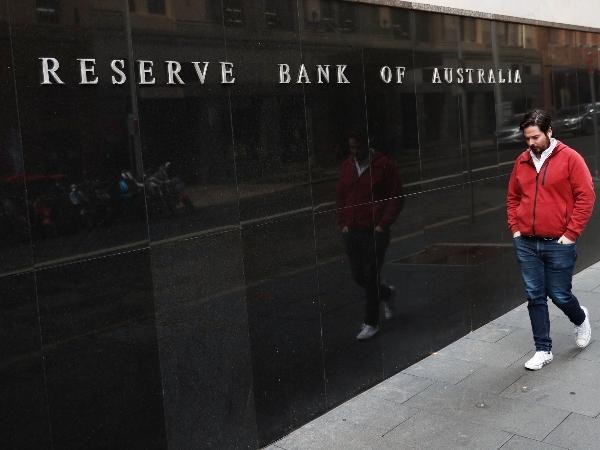 The RBA rate decision has come and gone with the widely anticipated 50-basis point hike to 1.85% that sent the Aussie south.
The move lower was compounded by a number of Fed speakers later that day, re-iterating the hawkish stance of the central bank, boosting the US dollar.

AUD/USD then recovered going into the end of last week, maintaining a comfortable position within the two-week range of 0.6860 – 0.7050.

That recovery was helped by another astonishing trade surplus of AUD 17.67 billion for the month of June. This beat the forecasts of AUD 14 billion and May’s surplus of AUD 15 billion. The charts below from the RBA tell the story of Australia’s commodity boom.

The unemployment rate of 3.5% is as low as it has been in generations. First quarter GDP was 3.3% year-on-year and second quarter GDP will be released early September.

Inflation aside, the Australian economy has rarely been in as good a shape as it is right now. Yet, AUD/USD continues to languish, and this highlights the impact of the external environment on the currency.

The visit of US House Speaker Nancy Pelosi to Taiwan provided many headlines for media outlets to sell copy.
Someone with an extravagant affection for all things communist is Hu Xijin. His twitter feed reads like a script from Saturday Night Live without any punch lines, but it does provide an insight into the propaganda that mainland Chinese citizens experience on a daily basis.

The communist party needed a distraction from domestic issues and what better fireworks than a few ballistic missiles to stoke nationalistic fervour.

Hu Xinjin is in his element, stoking the flames of xenophobia with such gems as, 'in the event of a maritime conflict between the US and China, the US carrier formation would be wiped out.'

Of course, the western media are also known to make more of a story than perhaps is there. The communist party have enjoyed media story lines that are not about a property sector that is spiralling toward an unknown outcome. In any case, markets are mostly ignoring the Taiwan situation for now. The war in Ukraine continues to impact.

The focus for the week ahead will be Fed speakers and market interpretations of the rhetoric.

All Fed speakers since the Federal Open Market Committee (FOMC) meeting have so far spelled out quite clearly that more rate hikes are coming. The US Dollar and the rates market reflect this perspective.

Equity markets and high yield bonds are pricing in the opposite. As one pundit quipped about the equity market reaction to the FOMC rate decision last week, it is ‘dove at first sight’.

The RBA released their Statement on Monetary Policy (SMP) on Friday, but there were no surprises. They expect inflation to peak at 7.75% later this year. Without a CPI read until late October, the central bank may as well put the cue back in the rack. Jumbo hikes seem to be off the table for now and 25-basis point rate rises appear to be a safe option for the September and October meetings.

Looking ahead for AUD/USD, it is the USD side of the equation that appears likely to drive the price action. If the ‘big dollar’ resumes it ascending trend, that may see the Aussie lower. 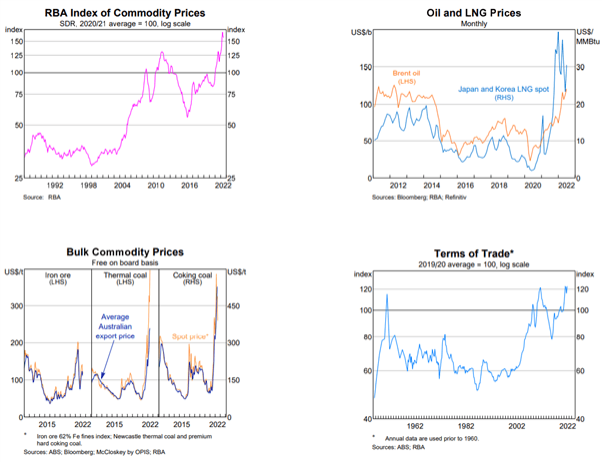