Since breaking lower, the price has not managed to reclaim 0.9804 and it may continue to offer resistance. The 21-day Simple Moving Averages (SMA)is currently at that level, potentially adding resistance.

Looking at EUR/CHF, the criteria for a bearish TMA has been met and may indicate that bearish momentum could evolve further. 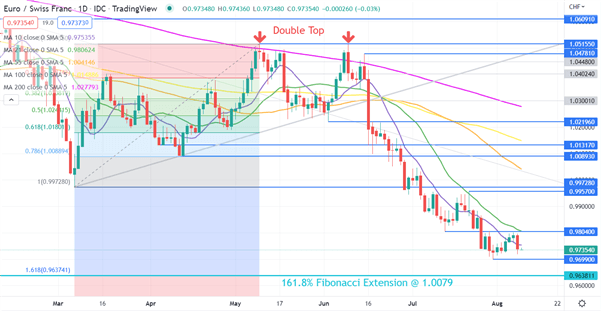 USD/CHF has bounced off low made at the start of this month at 0.9470 to trade in a wide range of 0.9545 – 0.9650. These levels might provide support and resistance respectively.

While the price is below all short-, medium- and long-term Simple Moving Averages (SMA), they have positive and negative gradients. This may suggest a lack of conviction for directional momentum that might see further range trading.

Re-iterating this possibility is the price criss-crossing the 10-day SMA. Recent history has shown that when the price crosses the 10-day SMA, momentum in that direction continues. That is not the case over the last week. 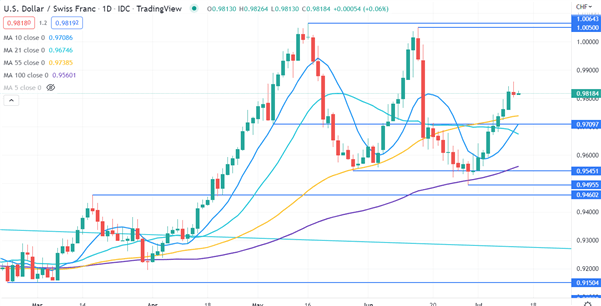