In the recent BoJ meeting, the central bank has caught markets by surprise with the widening of the band around its yield target to 0.50%. 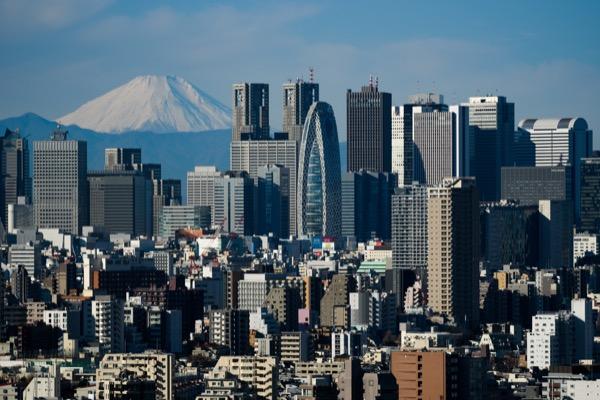 At the recent Bank of Japan (BoJ) meeting, the central bank has maintained a -0.1% target for its short-term rates and a 0% target for the 10-year bond yield, but what caught markets by surprise was the widening of the band around its yield target to 0.50%. Part of this move allows its 10-year bond yields to rise to around 0.50%, which is an upward adjustment from the previous upper limit of 0.25%. This is largely perceived by markets to be laying the groundwork for an eventual rise in interest rates. Guidance for Japanese Government Bond (JGB) purchases were ramped up from JPY 7.3 trillion to JPY 9 trillion, which could be a move to dampen any overreaction to the tweak in its yield curve control (YCC).

Being one of the few central banks to maintain its dovish tone amid tighter global financing conditions, today’s adjustment to its YCC policy seems to add a tint of ‘hawkishness’ to the central bank’s tone, seemingly laying the groundwork for an eventual rise in interest rates. Market rate hike expectations have reacted accordingly to the news with an earlier timeline for rate hike in 2023. Pre-meeting expectations were not pricing for any rate changes until April 2023. That has since changed, with expectations now leaning towards a rate hike in March or April next year.

Ahead, views from policymakers will be closely watched for any signs of a shift away from their usual ultra-dovish tone. With policymakers still largely in the ‘transitory’ camp in guiding for inflation, any signs of a tone change on that front will be in focus as well. There could be some attempt for a pushback to cool market sentiment, by pointing to the country’s 1.8% muted wage growth to justify little persistence in pricing pressures. This Friday will also see the release of Japan’s November inflation rate reading. With previous month’s reading of 3.7% pulling further away from the central bank’s 2% target, an upside surprise in inflation could further support the move for the BoJ to adjust its accommodative policies.

Jump in 10-year JGB yield saw a move higher in US Treasury yields, US dollar weaker

At the time of writing, the 10-year JGB yield has jumped to 0.46% from its previous cap of 0.25%, which saw an equivalent move higher for US Treasury yields to its three-week high as well. The move from the BoJ seems to come in line with recent hawkish comments from the Federal Reserve (Fed) and European Central Bank (ECB), which may brew expectations on whether risk sentiments have been too optimistic regarding the central banks’ ‘policy-pivot’ story and the moderation in inflationary pressures. The in-tandem surge in US Treasury yields has laid ground for a risk-off session in Wall Street tonight, with US futures turning sharply lower while the rate-sensitive Nasdaq are coming under greater pressure.

The US dollar has seen some unwinding on the stronger yen into today’s session, although downside moves were relatively more measured. That said, if the US dollar trend continues to stay on the downside, it may pose some challenge to the Fed’s fight against inflation if commodities prices were to see stronger demand from other countries. US consumers will also face higher prices of imported goods, complicating the growth-inflation trade-off picture for the Fed.

After largely consolidating above its 200-day moving average (MA) since early-December, the surprise move from the BoJ has triggered a downward break of the 200-day MA line, which tends to be looked upon as an indication of longer-term trend. This seems to reiterate the overall bearish bias for the USD/JPY pair, having traded within a downward trend of lower highs and lower lows since October this year. Today’s sell-off marked a new four-month low. This may leave the 131.50 level on watch ahead, which marked its resistance-turned-support. Further breach of this level could leave the 126.70 level in focus.

With the go-ahead for the benchmark 10-year JGB to move higher towards the 0.5% range, equities have reacted strongly to the downside, with mounting pressure to deliver a higher return to pit against the higher risk-free rate. This has seemingly reduced the traction in holding equities amid the challenging economic outlook, which saw some shunning into today’s session. After tracking the global risk-off mood lower in the aftermath of the recent Fed meeting, today’s decision by the BoJ has further prompted a 3% sell-off. While the Nikkei 225 index has since pared some of its losses, sentiments continue to weigh heavily on the downside for now. This may leave the 26,000 level on watch ahead, which marked its previous bottoms in July and October this year.