After a decade of stunning gains saw the Tesla share price fall 65% during the course of 2022, effectively erasing $850 billion in stakeholder value, so what can we expect for Q4? 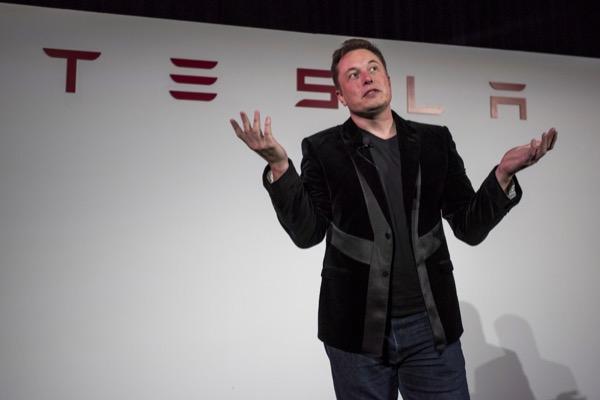 When will Tesla report its latest earnings?

Tesla is scheduled to report its earnings for Q4 after the market closes on Wednesday, the 25th of January, 2023.

When should traders look out for?

After a decade of stunning gains, the share price of Tesla fell 65% during the course of 2022. A move that erased an astonishing $850 billion in shareholder value but behind the savage repricing was an almost perfect storm, some of which was unavoidable.

Tesla, like many other growth/tech stocks last year, felt the heat of a hawkish Federal Reserve. The tech-heavy Nasdaq, of which Tesla is a member, finished the year down 32.97% as the Federal Reserve raised rates by a record 425bp in a bid to contain inflation.

After the acquisition was complete, Musk’s focus on Twitter caused many investors to question where his attention was, including billionaire entrepreneur and long-time Musk supporter Leo KoGuan who Tweeted that the Tesla “board is missing in action (MIA)!”

Throwing further fuel on the fire, Tesla missed three consecutive quarters of delivery targets. The most recent delivery miss was reported in early January 2023 when the carmaker delivered 405,278 vehicles for the quarter, below analyst estimates of 420,760.

While this meant that Tesla still delivered a record 1.3 million vehicles in 2022, a 40% increase from the 936,222 units shipped in 2021, it fell short of Tesla’s stated aim to grow deliveries by around 50% each year which has underpinned the car makers lofty valuation.

Consensus calls for 1.9 million vehicles to be sold in 2023, then taking another two years to approach 3 million, an average growth rate of 29%. Tesla's market share in the US peaked at 86% in Q3 2018 and has since slipped to 63% as traditional manufacturers ramp up their own EV production.

Finally, in response to the global economic slowdown and in an effort to boost sales and ward off competitors, Tesla cut prices on its vehicles in China in October. Since then, it has cut prices by up to 20% in other key markets, including the US, the UK and Europe, which will weigh on margins while boosting sales revenue. 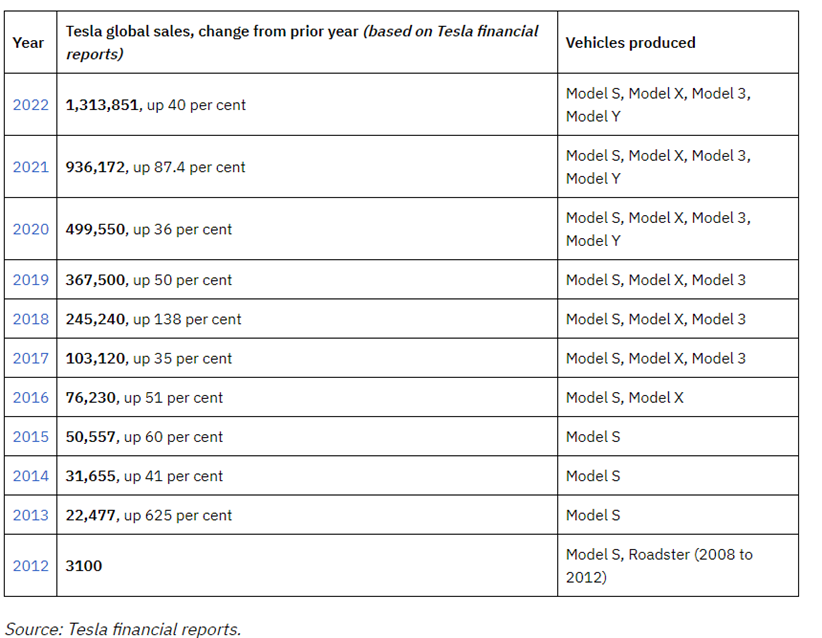 Tesla earnings: what to expect

Turning to the daily chart, Tesla's decline from the double high of August/September at $314 is impulsive, and the bounce from this year's $101.81 low appears to be corrective.

Presuming the share price holds support at $102.00/00, for those tempted into buying Tesla ahead of the psychologically important $100 level, there are some key levels of resistance to keep in mind.

If the Tesla share price were to see a sustained break above $200/10 and then above the 200-day moving average currently at $240, it would allow a more positive technical picture to emerge.

On the downside, a sustained break below the year-to-date low at $102/00 would suggest that the corrective bounce is complete and that the downtrend has resumed. In this case, the decline could extend to the pre-Covid $64.60 high of February 2020.

Tesla is scheduled to report its earnings for Q4 after the market closes on Wednesday, the 25th of January, 2023.

Q4 2022 results are expected to show a YoY increase in both Revenues and EPS. However, whether the numbers will be strong enough to see the current countertrend bounce extend and placate angry shareholders remains to be seen. 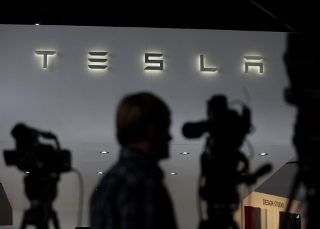