As US payments giant Square moves to acquire Afterpay, we take a closer look at the most important implications of this proposed deal. 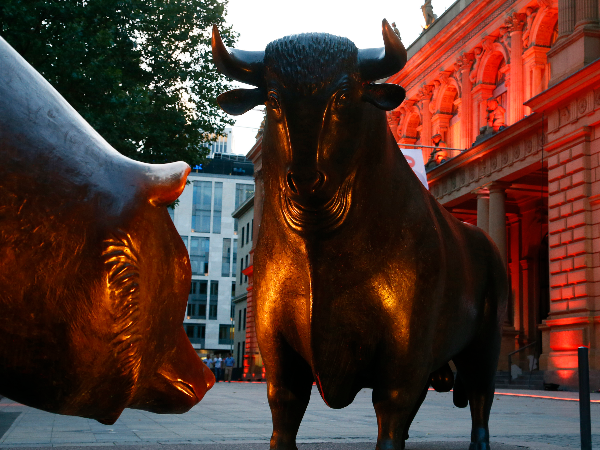 It looks as if we’re at the end of an era.

On Monday, 2 August, the US-listed payments giant Square (SQ) revealed that it had entered into an agreement to acquire Afterpay (APT) in a deal valued at US$29 billion or AUD$39 billion.

The Afterpay share price skyrocketed in response, opening a shade below the takeover price, at $124.00 per share. The stock would drift lower as the session wore on as investors mulled the deal, closing Monday up 18.77% at $114.80 per share.

Square investors appeared equally enthusiastic about the prospect of the combined company, with the stock closing out Monday's US session up 10.16% to US$272.38 per share.

‘In any takeover, especially between one very large company and another rapidly growing one, the first question to ask is what synergies might each or either company see created by the acquisition.'

‘Given increased growth and competition in the payments space, Square Inc is looking to find a market leader, with a proven history of growth, ample data, strong brand to leverage its broader service offering, and ample network effects,’ Mr Rodda added.

Implications of the deal

Importantly however, with the Square share price surging overnight off the back of this announcement, the takeover bid for Afterpay just got a little juicier. This is counter to the share price weakness the market seems to have been expecting on Monday, when Afterpay traded at a moderate discount to the offer price.

The agreement specifies that Square has the option to pay for 1% of the acquisition in cash.

Elsewhere, Square said that it has agreed to establish a secondary listing on the ASX. Once listed, Square, inclusive of Afterpay, would surely be a force to be reckoned with, given the payments company’s market capitalisation stands at over US$120 billion and the initial takeover offer valued Afterpay at US$29 billion.

Does history favour the bold?

The deal – which would ultimately see close to 20% of Square owned by Afterpay investors – is a bold play by any step.

Yet Square’s rationale seems to have as much to do with business synergies as it does with values alignment.

Indeed, while Afterpay is expected to help boost Square’s 'gross profit growth', it is also likely to negatively impact the company’s Adjusted EBITDA margins, during the early stages of the acquisitions, management said.

Such short-term considerations appear less important to both company's management teams than providing better outcomes for consumers, with it being noted that the combined group will be well placed for both companies 'to better deliver compelling financial products and services that expand across to more consumers and drive incremental revenue for merchants of all sizes.'

But beyond building better financial products and growing the company at a faster rate, Jack Dorsey – Square’s CEO and co-founder – stressed the importance of the value alignment between both companies.

'Square and Afterpay have a shared purpose. We built our business to make the financial system more fair, accessible, and inclusive, and Afterpay has built a trusted brand aligned with those principles.'

Mr Dorsey added that 'Together, we can better connect our Cash App and Seller ecosystems to deliver even more compelling products and services for merchants and consumers, putting the power back in their hands.

From a Board-level, it was noted that Square would appoint one member of Afterpay’s team to the Square Board.

On the top-line, fiscal 2021 proved to be a blockbuster result for the company, with Afterpay reporting total underlying sales of $21.1 billion (+90%) and $22.4 billion (+102%), on a constant currency basis. Management had previously set a target for $20 billion in annual sales by the close of FY22 – with today’s results representing an early beat on those lofty ambitions.

Volumes were driven primarily by growth in Afterpay’s US business, with underlying sales surging 177%, to come in at $9.8 billion.

By comparison, the company's Australian operations slowed considerably, growing 44% year-on-year to come in at $9.4 billion. Clearpay rounded out those results, booking underlying sales of $1.8 billion.

Elsewhere, the strength of Afterpay's flywheel remains intact: active customers tipped over the 16 million mark by the close of the year, while active merchants were onboarded at an even more accelerated pace, rising 77% to come in at 98.2 thousand by year's end.

Finally, speaking to the strength of the Afterpay ecosystem, the company proudly reported that over the last 12-months the top 10% of its customer-base, on average, transacted with Afterpay around 32 times. Region-by-region, the economics remain most impressive in Australia & New Zealand, with the top 10% of customers on average transacting with Afterpay ~62 times annually, compared to North America: ~25 times annually, and the UK: ~34 times, annually.

Management did not provide FY22 guidance or an outlook as part of the full-year update.

What's your view on the BNPL sector? Whatever you think, you can use CFDs to trade both rising and falling markets, through IG’s world-class trading platform now.

For example, to buy (long) or sell (short) a stock using CFDs, follow these easy steps:

Alternatively, you can invest in shares directly through our share trading service.

The fact that Afterpay wasn’t bid closer to the $126 level on Monday does raise some questions.

Will there be opposition on the deal, from either shareholders or regulators? Or are investors not happy with the all-scrip, ‘no’ cash deal? It should be noted that with Square surging 10% on Monday (US time), the implied deal value has changed moderately

Or, could there be another company keen to acquire Afterpay? As is typical, it was noted that Afterpay’s Board unanimously endorses the offer – save for the appearance of a better offer or the conclusion from an independent auditor that the transaction is not in the best interest of shareholders.

Analysts from RBC argue that such a counter-bid is unlikely to emerge, saying:

‘Given the nature of the SQ business and their Merchant and Consumer ecosystem, we see few realistic competing suitors beyond the major technology giants, given Klarna, Affirm, and PayPal’s native interests in BNPL would effectively see them purchasing customers, should they lob a competing bid.’

Other analysts, such as those at Citi, described Square’s offer as both low and surprising.

‘Given we are still early in the BNPL penetration story, we see the timing as surprising and also see the offer price as low.’

Despite that, the investment bank acknowledged the relative strength of the combined Square-Afterpay entity, saying:

‘We see the strategic value in Afterpay combining with Square’s Cash App and Seller ecosystem and see the combined business as being in a much stronger position to succeed, especially in the US.’

The transaction, if it faces no roadblocks, is expected to be completed during the first quarter of 2022.