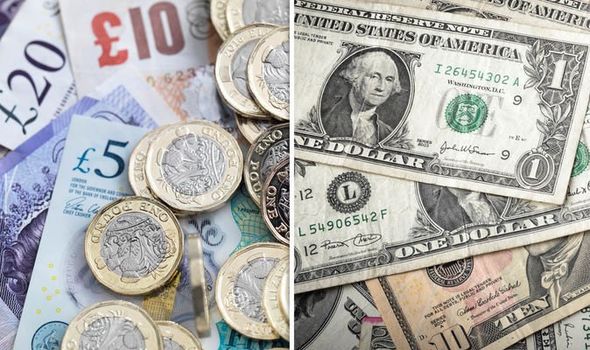 GBP/USD on the Backfoot

A modest pullback in the Pound this morning, breaking back below the 1.3700 handle. Reminder that today is corporate month end (two days before actual month end), which typically coincides with USD stength throughout the session. Addtionally, the sizeable pick up in US yields with the 10Y once again reclaiming 1.5% has also underpinned the greenback.

That being said, my view is that the Pound is moving into a rather precarious situation for several reasons. Firstly, OIS markets have priced in BoE tightening rather aggressively, a 15bps rate hike has been fully priced in by February with a second hike seen by August 2022. There is an argument that the rates market is priced for perfection at a time where UK data is expected to get gradually weaker. Therefore, the room to disappoint hawkish BoE expectations has increased.

UK Data to Slow Down

The furlough scheme will expire this week, which as of August covered 1.6-2mln jobs and thus greater attention will be placed on the labour market. Now while this is expected to see the unemployment rate tick higher, the uncertainty lies with how much and for how long. Additionally, ongoing supply bottlenecks are likely to be reflected in sentiment-based surveys, such as PMIs. Elsewhere, the UK government will tighten fiscal policy where the GBP 20/week uplift to universal credit and working tax credits will come to an end at the beginning of October, while National Insurance will be raised from next April. As such, less stimulative fiscal policy will also weigh on the economic recovery.

BOE BAILEY RECAP: Yesterday saw some slightly dovish comments made by BoE’s Bailey, discussing the hard yards that the UK economy faces. The Governor noted that the rate of recovery has slowed in recent months, while also making a mention of the fact that the current supply-chain issues have been broadening out, in which tightening monetary policy to supply shocks could make the situation worse by adding pressure on a slowing recovery. 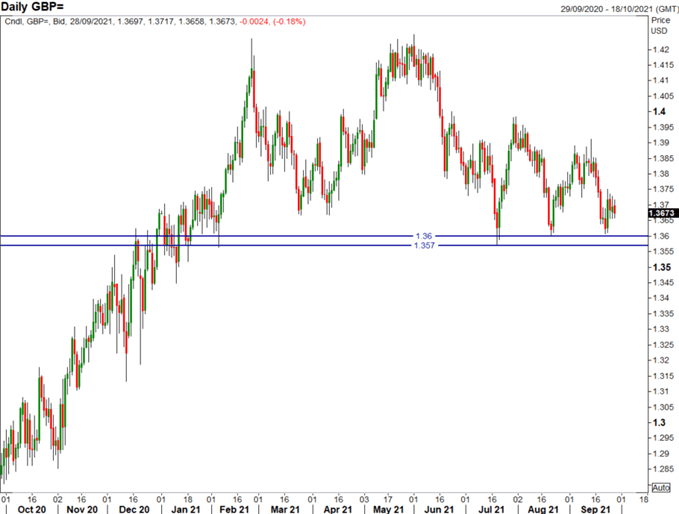 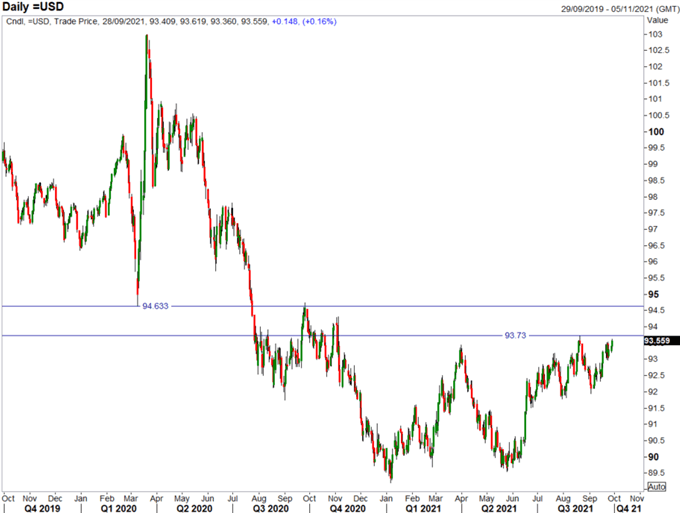