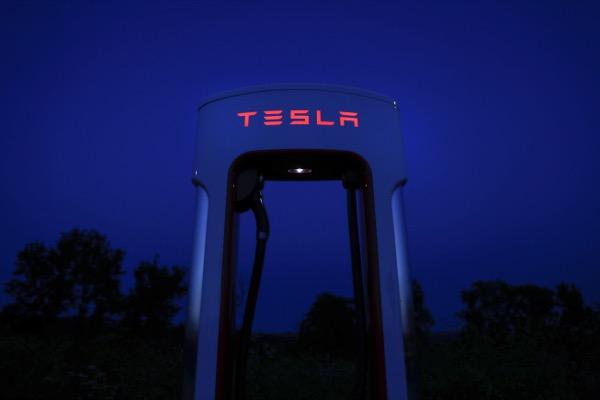 Third quarter (Q3) figures for the closely watched electric vehicle company will be released on Wednesday, 20 October 2021 after market close, and from its new headquarters in Texas.

When it comes to deliveries figures released earlier this month, a total of 241,300 electric cars during the Q3 of this year took analysts by surprise, surpassing expectations of around 220K vehicles, its production during the period around 238K cars, and where a vast majority of them – over 96% – were the more affordable Model 3 and Y, the remaining minority the higher end Model S and X. Last time around 99% of the 201K vehicles delivered in the second quarter (Q2) were made up of the more reasonably priced low-margin duo, though that didn’t stop Tesla from reporting net income that for the first time surpassed $1 billion, regulatory credits making up less than a third of that amount, and gross margins higher than the four quarters (Q4) that preceded it.

Given deliveries are larger this time around (with a record 56K of Chinese-made vehicles according to China Passenger Car Association (CPCA)), and analysts have been scrambling to revise earnings upwards, 26% higher than what average estimates were a few months back. Price increases and supply chain woes are items investors and traders are noting, and aren’t exclusive to Tesla’s earnings which given the increase in production has meant it has managed the semiconductor shortage better than its competitors. Regulatory credits ought to mean even less moving forward with both non-electric vehicle competition entering into the sphere, and electric vehicle startups boosting production. Exposure to cryptocurrencies is considered a plus this time around with bitcoin prices over a third higher than at the start of the Q3.

Overall, expectations this time around are for an earnings per share of $1.5, nearly double its reading for the same quarter last year, and slightly above its Q2 reading. Revenue is also expected to rise to over $13 billion from revenue of almost $12 billion in the last quarter. There’s also the question of whether full-year guidance will be revised higher, and by how much. Recommendations amongst analysts continue to vary but are less at the extremes than they were in August and September, the median in the middle and overall averaging to a slight buy rating, though unlike last time its share price is above the average price target (source: finance.yahoo.com).

From a technical standpoint – and it’ll always mean less in the face of a fundamental event where levels will hold less relevance as market makers withdraw their liquidity to avoid getting stuck on a volatile trend move opposite – it’s been far more positive since the last time it released its figures and where key technical indicators were mostly neutral.

Overall, while the technical overview is bullish in both time frames with prices within its bull trend channel, follow-through beyond key levels has been limiting and lacking momentum, and it stands near a significant resistance level, meaning a bull trend overview that’s stalling in the sense that buy-breakout strategies even if net outperforming on the run up to these levels have been tested by consolidatory moves back towards the lower end of the channel.

Conformist strategies for those expecting the bull run to offer more upside potential are therefore buys off of key levels, though ideally via reversal if initiating on a drop towards key support levels, while daring contrarians can consider sell strategies as clarified below, though keeping in mind it’s opposite the current technical overview, and where risking a lot for what thus far has been small rewards could backfire should the trend persist. 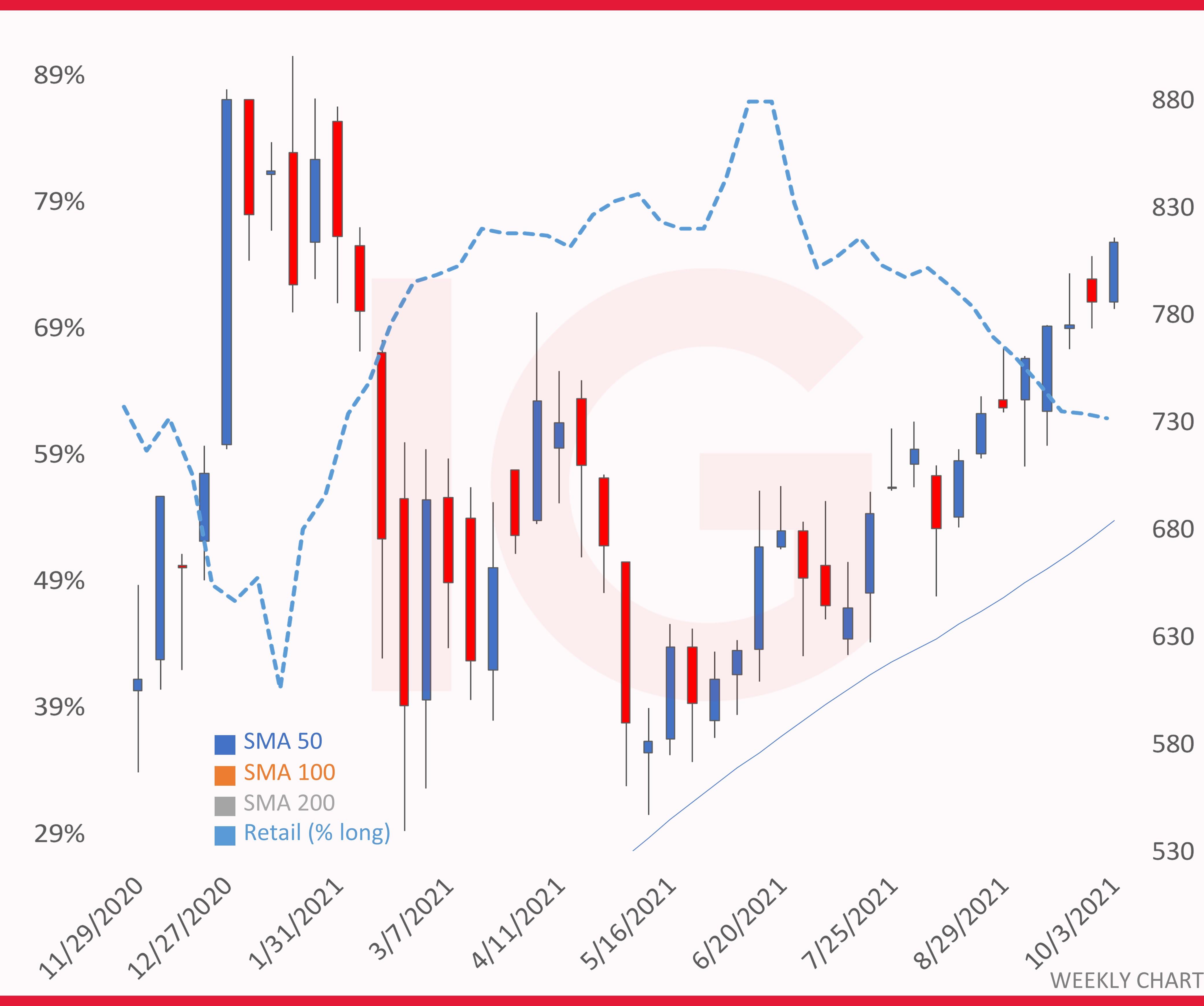 Retail trader bias was a consistent heavy buy bias prior to the recent bull trend moves, but with consistent price gains and some longs have been enticed into closing out, while some shorts getting tempted into initiating near a long-term resistance level last seen in April, the blue-dotted line in the chart above representing retail trader bias as % long steadily dropping.

As a result, while it’s still majority long sentiment held amongst IG’s clients (and in turn net beneficiaries of the latest bull run), it has dropped out of heavy buy territory to settle at 61% according to the latest reading, down from 63% at the start of last week.

As for short interest, it has dropped further from where it was prior to Q2 earnings at 34,093,281 where it was 4.4% of shares floated, to 29.2 million representing a smaller 3.64%, and far less than the heavier 60 million readings we saw last year (source: shortsqueeze.com).