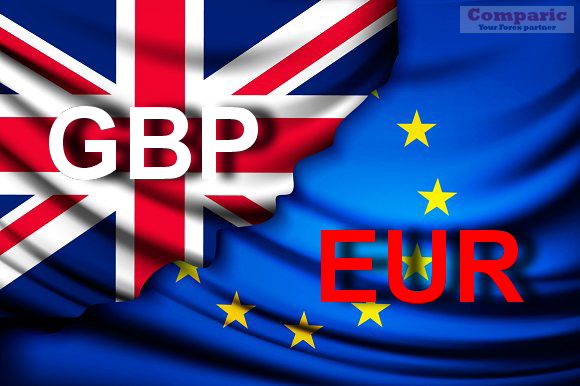 The strong rally in EUR/GBP that has lifted it from a low of 0.8380 on November 22 to its current level close to 0.85 is under threat, principally on evidence that the Omicron variant of Covid-19 is more contagious and dominant than previous variants but also less deadly.

It was news of Omicron that spooked the markets Friday and again this week, not helped by the chief executive of Moderna who was reported by the Financial Times as predicting that existing vaccines will be much less effective at tackling Omicron than earlier strains of Covid-19 and warning it would take months before pharmaceutical companies can manufacture new variant-specific jabs at scale.

Now, however, it has also been reported that the new variant is not as deadly as previous ones and news of it could even be positive if it kills off more lethal strains. That should help the Euro generally, and specifically EUR/GBP, which remains within a downward-sloping channel and could struggle to make a long-lasting break above the 0.85 level.

On the other side of the coin, the British Pound has largely ignored a reshuffle of the opposition Labour Party’s senior shadow ministers. Of the most recent opinion polls, three out of four have shown Labour with a small lead over UK Prime Minister Boris Johnson’s ruling Conservatives but a General Election remains far in the future and could be preceded by reported moves among the Conservatives to replace Johnson.

Meanwhile, EUR/GBP could benefit if the US Dollar recovers as attention returns to high US inflation and consequent Federal Reserve rate hikes, weakening the Euro against other currencies as well as USD.

Here at DailyFX, we typically take a contrarian view to crowd sentiment, and the fact traders are net-long suggests EUR/GBP prices may fall. Yet traders are less net-long than yesterday and compared with last week, and these recent changes in sentiment warn that EUR/GBP may continue higher despite the fact traders remain net-long.