When the UK first entered lockdown on 23 March 2020, the FTSE 100 had just collapsed 30% in the space of a month. With the Omicron variant surging, could a January lockdown cause a similar fall?

The Omicron variant was first detected on 24 November. The FTSE 100 reaction was immediate, falling 3.6% the next day from 7,310 to 7,044 points. On 27 November, the first cases were detected in the UK, in two passengers travelling from South Africa.

Scientists were spooked. This new variant had 50 mutations and could spread more easily than the already mutated Delta variant. Moreover, early evidence suggested it could partially evade the immunity afforded by the vaccination program.

At the start of November, 79.9% of the population had been double jabbed. The UK’s inflation rate was at 4.2%, with the Bank of England predicting it to hit 5% by April 2022. With inflation judged as ‘temporary,’ it decided to hold the base interest rate 0.1%. And politically, Prime Minister Boris Johnson’s grip on power seemed tight as ever.

But inside the gilded towers of finance and politics, three weeks is an eternity. Amid the shifting sands of Omicron, inflation, and politics, what could come next for the FTSE 100?

Today’s leak from the Scientific Advisory Group for Emergencies (SAGE) says that ‘if the aim is to reduce the levels of infection in the population and prevent hospitalisations reaching these levels, more stringent measures would need to be implemented very soon.’ It goes on to say that banning indoor social contact and indoor hospitality would ‘substantially reduce the peak in hospital admissions and infections compared with Plan B alone…delaying until 2022 would greatly reduce the effectiveness.’ It appears that a post-Christmas lockdown is on the cards.

NHS Confederation Chairman Lord Victor Adebowale already supports a ‘circuit-breaker’ to tackle the Omicron variant. Yesterday, the UK hit a record 93,405 coronavirus infections. Today, confirmed Omicron infections rose to 10,000. However, nearly half of UK adults have received a booster jab, which could be up to 85% effective against serious symptoms of the disease.

However, Imperial College modelling demonstrates that ‘the risk of reinfection with the Omicron variant is 5.4 times greater than that of the Delta variant. This implies that the protection against reinfection by Omicron afforded by past infection may be as low as 19%.’

This could result in 5,000 daily deaths, with Azra Ghani, Chair of Infectious Disease Epidemiology at the college saying that the heightened protection given by a booster jab is ‘good for individuals’ but that ‘a large number of people requiring hospitalisation’ could still occur. 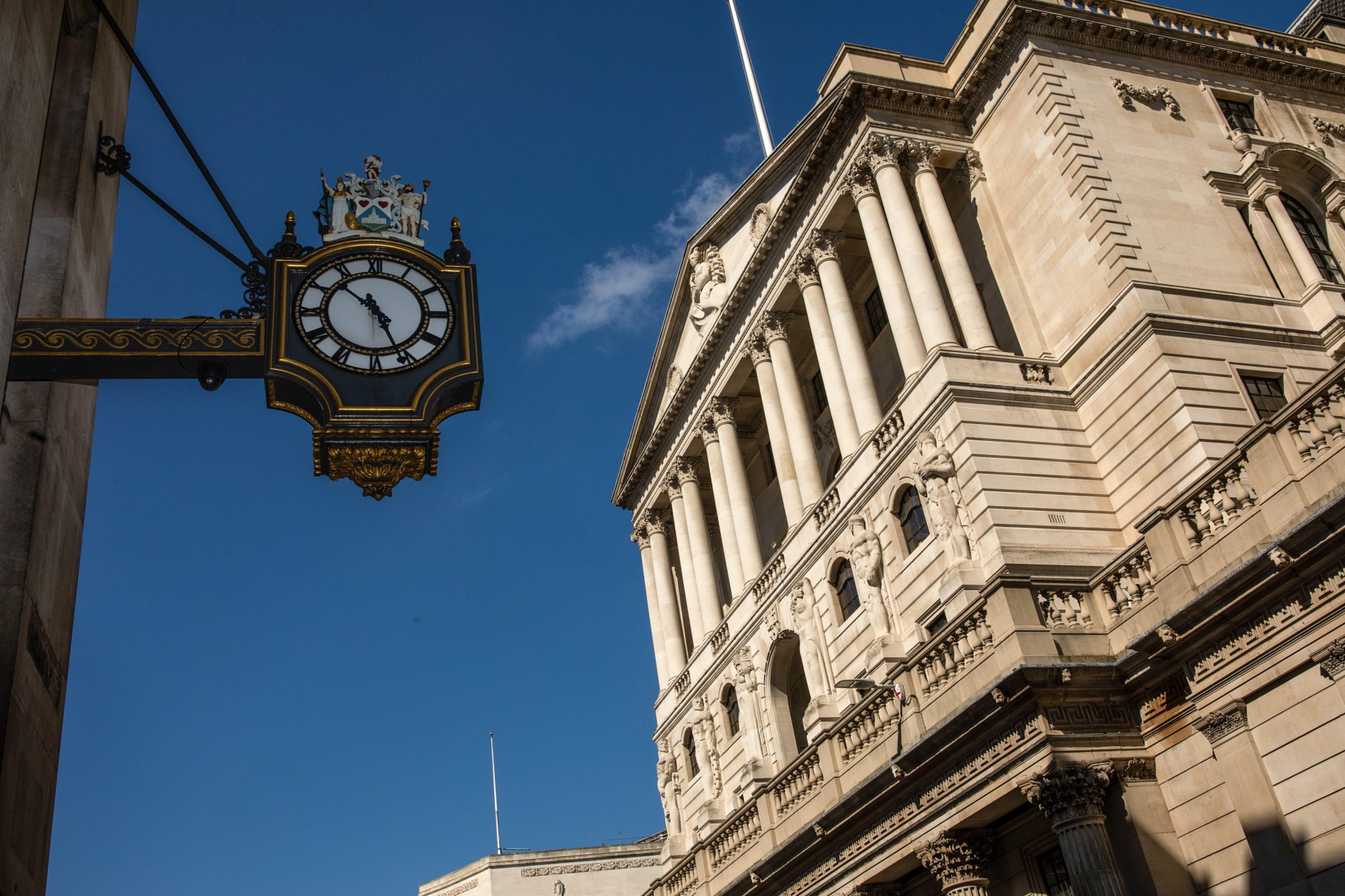 In the 1954 classic, Hobson’s Choice, (spoiler!) the eponymous antagonist is forced through illness to give controlling ownership of his boot shop to his least favourite son-in-law, in return for long-term care. The term originated from the Tudor period mail carrier Thomas Hobson, who rented out horses. To avoid overtiring his livestock, customers could choose between the horse nearest the door, or no horse at all.

In a modern-day retelling, Bank of England Governor Andrew Bailey might be a good stand-in for Hobson. The annual inflation rate, as measured by the Consumer Prices Inflation Index, was 4.2% in October. In November, the Bank’s Monetary Policy Committee ‘expected (inflation) to peak at around 5% in April 2022.’ Accordingly, the Bank kept the base interest rate at its historic low of 0.1%.

Then, on Wednesday, the Office for National Statistics announced that CPI inflation had already risen to 5.1% in November. With the International Monetary Fund warning central banks against ‘inaction bias’ in response to rising inflation, and a government-mandated 2% inflation target, Bailey came under intense pressure to act. On Thursday, the MPC raised the base rate to 0.25%, and now anticipates inflation ‘to peak at around 6% in April 2022.’

But with the labour shortage, supply chain crisis, and quantitative easing still ongoing, there’s no guarantee that annual inflation will stop at 6%. The situation could easily become more interesting for the FTSE 100. Meanwhile, Chancellor Rishi Sunak has pencilled in a raft of tax rises for April, including a 1.25 percentage point National Insurance increase. But as an inflation and interest rate cost-of-living crisis escalates, these policies are now under pressure. The Chancellor was forced to rush back from holiday, encouraged by an acerbic tweet from Ryanair. It’s uncertain how much disposable income consumers will have to spend come Spring. 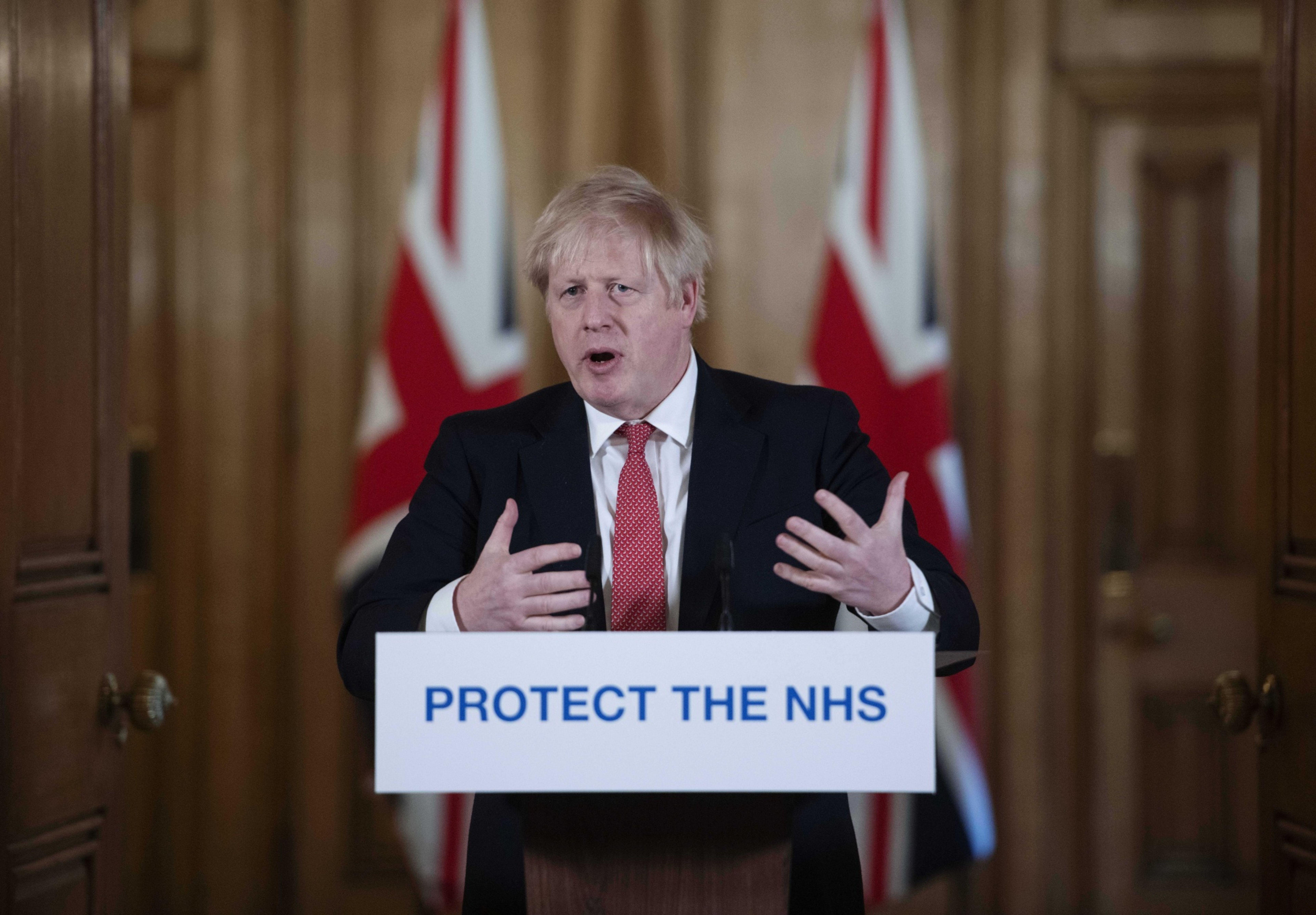 As the Kafkaesque whirlpool of Omicron and inflation collides, the FTSE 100 may soon be battered by yet another lockdown.
London is being hit hardest by the new variant. Imperial College epidemiologist Neil Ferguson, nicknamed ‘Professor Lockdown,’ has warned that there is a risk ‘of overwhelming the public health service.’ Mayor Sadiq Khan is ‘incredibly concerned’ and has declared a ‘major incident’ to relieve pressure on hospitals.

Meanwhile, Wales is reintroducing social distancing and closing nightclubs from 27 December. Scottish First Minister Nicola Sturgeon has urged the public to ‘stay at home.’ France has closed its borders to all UK travellers. And the Netherlands is entering a strict lockdown, closing schools until mid-January at the earliest.

The UK might soon follow. Prime Minister Boris Johnson has already re-implemented a range of measures, including remote working and face masks in most public places. The PM has urged people ‘to think carefully’ before going to large gatherings while his Chief Medical Adviser Chris Whitty said ‘don’t mix with people you don’t have to.’

However, the bill requiring a covid pass to enter nightclubs and larger events only passed with the support of the Labour party. 99 Conservative MPs voted no, a reminder to the PM that he must balance the perceived need for restrictions with his political authority to impose them.

Many believe that another lockdown would also be too draconian. Co-executive Director of the British Chambers of Commerce, Hannah Essex, argued that lockdowns had been ‘absolutely brutal’ for businesses, and that without further support, many would ‘fall over the edge…and inevitably lead to job losses as well.’

Yesterday, Johnson was presented with several options, ranging from ‘mild guidance to nudge people, right through to lockdown.’ Accordingly, COBRA is meeting this weekend to discuss what to do next.

But the Prime Minister’s authority is slowly being eroded by multiple political missteps. Footage of his former press secretary laughing about a ‘fictional’ Christmas party at No10, while the country was in lockdown has been incredibly damaging. When asked whether the PM would condone a Christmas party, she responded ‘What’s the answer?’ After furious recriminations across the political hemisphere, the UK’s top civil servant, Simon Case, was tasked with leading an inquiry into the alleged parties — until he was found to have hosted one of his own.

Yesterday’s North Shropshire by-election result is perhaps another symbol of the PM’s waning power. The constituency has been held by the Conservative party since 1832. But the blue candidate lost a majority of 22,949 to the Liberal Democrats, who won with a lead of 6,000 votes. And with unresolved questions over former adviser Dominic Cummings, free holidays abroad, and his flat renovations, the PM could even face a vote of no confidence in the new year.

And Johnson’s YouGov approval rating is at a low of 29%, with 57% of voters regarding him as incompetent. Polling from Ipsos Mori shows that 28% of the population is satisfied with his leadership, while 65% are not. While another lockdown may become a healthcare necessity, it might be hard for the PM to convince the population to follow any new rules.

With the Bank of England caught in a financial catch-22, the Prime Minister’s authority weakened, and the Omicron variant wreaking havoc in just three weeks, the FTSE 100’s bull run could be about to come to an end.