Here we look at three stocks for the last week of March: BHP, JB Hi-Fi and Macquarie. The outlook for inflation and the 2022 Federal Budget will be the key drivers for market’s sentiment this week. 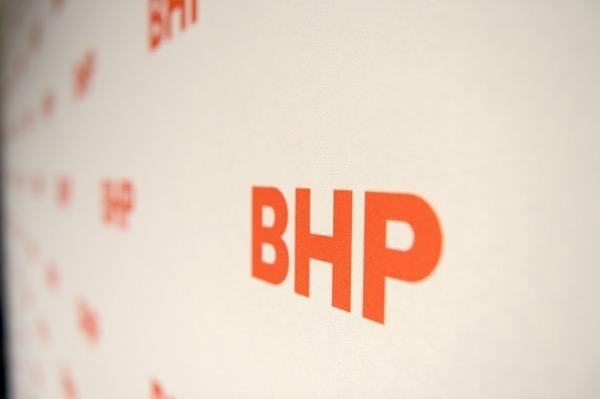 The ASX continued its upward journey last week with a mild gain of 1.2% and closed at its highest level in more than two months. The rise was primarily boosted by the finance and technology sectors as investors were told to prepare for more aggressive US interest rate rises.

Moving into the last week of March, the inflation outlook will remain the key driver of market sentiment as the yield on the Australian three-year bond has just risen to its highest level since 2014 on Monday morning. In addition, the 2022 Federal Budget will be released on Tuesday, which is expected to include practical measures from the Australian government to fight the prevailing inflation pressure.

Here we look at three stocks to watch in the week ahead.

Surging iron ore prices over the past two years have seen the mining sector’s profitability explode and benefit the share price for BHP. The world’s mining giant will pay out its interim dividend on Monday at AUD $2.1 (USD $1.50) per share, making its dividend yield reach a mouth-watering rate at 9.64%, fully franked.

BHP’s share price has been following the ascending trend line and has been up 12% in the past two weeks. For the near term, the next target will be looking at $51.66, which, if conquered, will send the price to challenge its all-time-high level recorded since last August. At the moment technical support sits at $48.776. 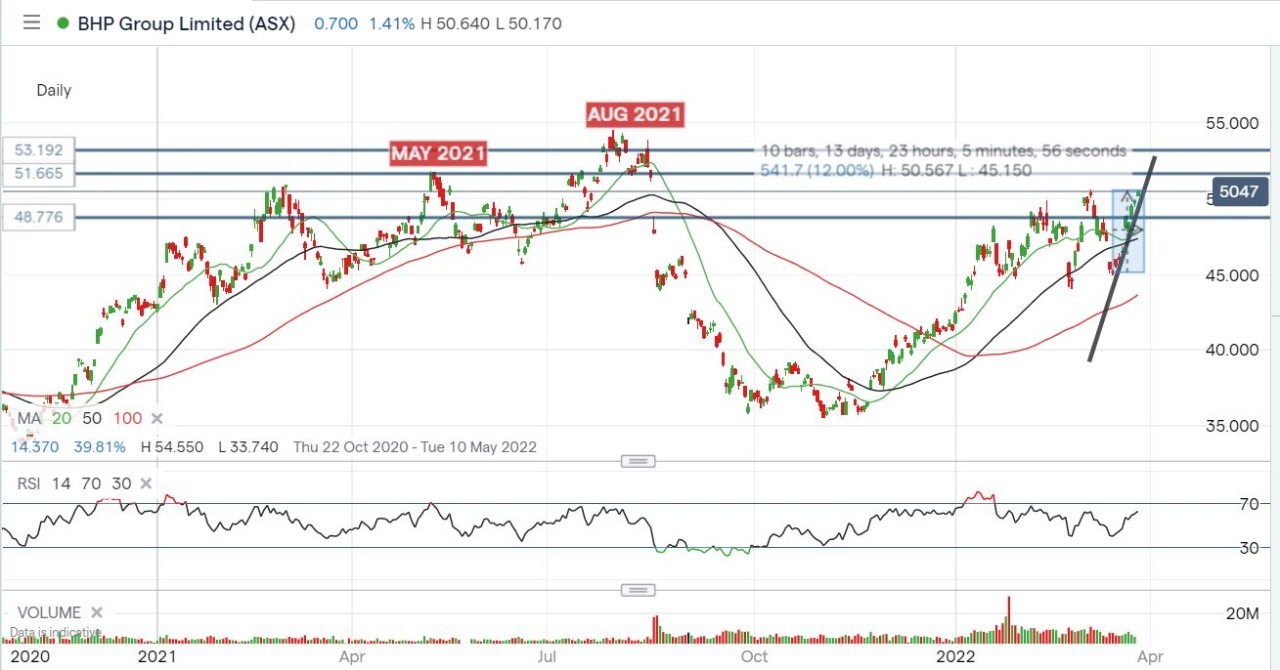 JB Hi-Fi Limited's share price was rising by 4% last Friday to reach an all-time high. The tech retailer has seen its store and online sales boom over the past two years and the momentum continues post-pandemic. During the period of 1 January 2022 to 23 March 2022, all three of its divisions experienced sales growth meaning total sales in Australia were up 11.3%.

The share price for JB Hi-Fi was pulled back on Monday to its support line at $52.88 with hourly RSI moving out from the overbought zone. Overall, the upward momentum should stay valid for the near-term as the price sits distant from all its moving averages which are currently pointing north. 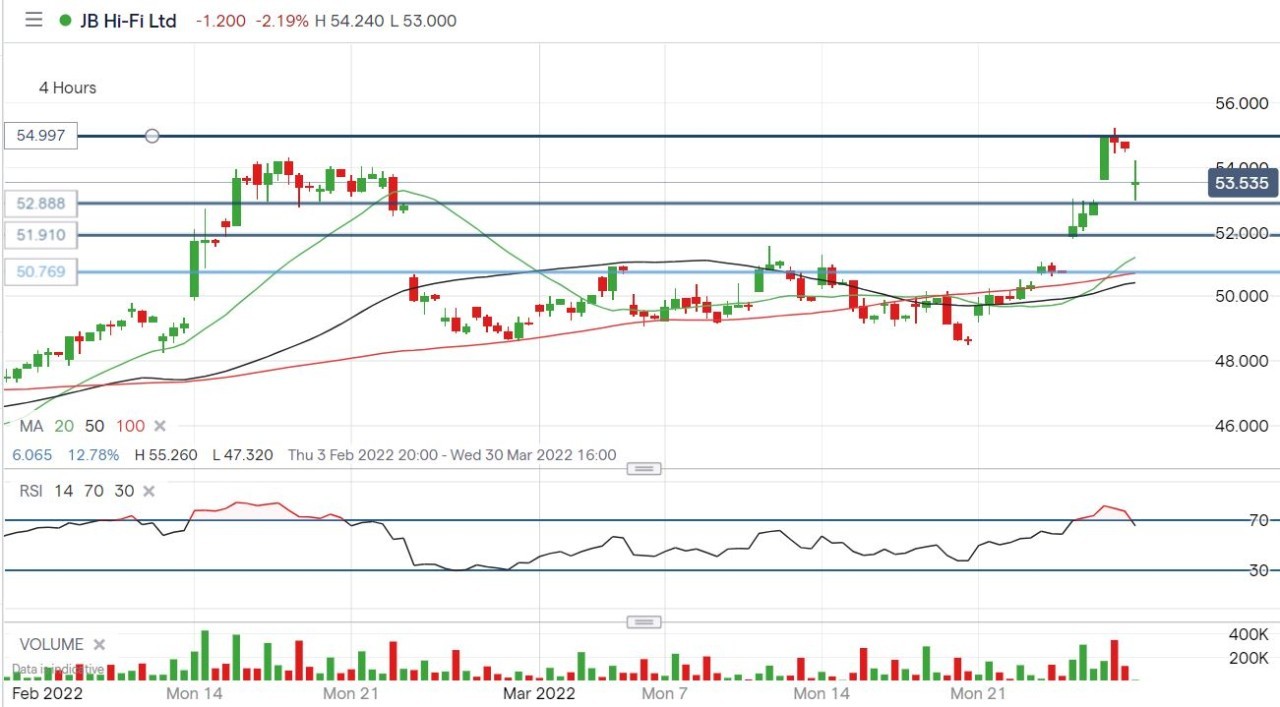 The share price for Macquarie Group Ltd has experienced an uplifting journey recently with the price moving 15% higher from early March. The Aussie investment bank, presenting the broad financial sector, is often viewed as one of the best performers during the inflationary period. As a result, they are now among the leading gainer of 2022 behind ASX resources shares.

Moving into the new week, Macquarie’s share price is facing great pressure from the level of $200 and a breakthrough of this level would cement the view of a bottoming out from March’s low. Technical support can be found from the 100-days moving average, near $196. 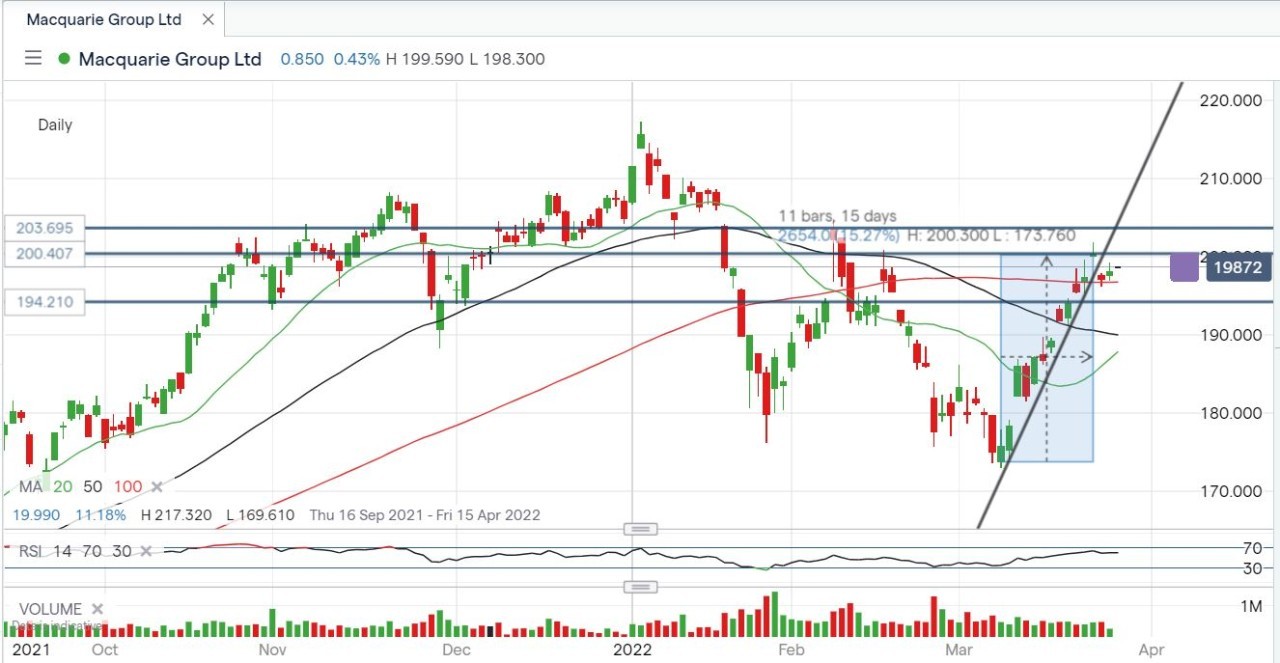