With the UK bank rate at 0.75%, the US Federal Reserve could hike its own interest rates to match in May. 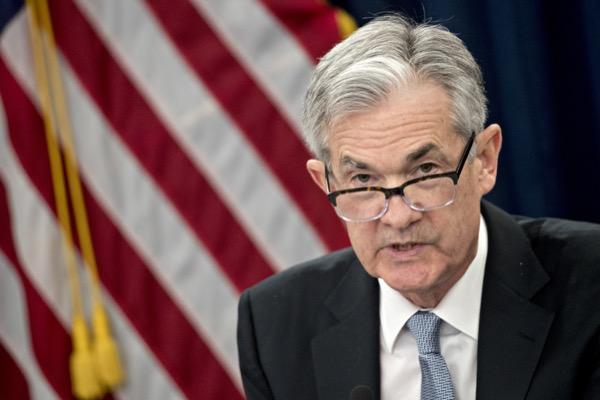 Currently, 71% of IG clients are long on GBP/USD, with sentiment that the UK’s Bank of England will increase interest rates faster than the US Federal Reserve.

But the US Federal Reserve could spring a surprise on unsuspecting investors.

Across the Atlantic, Reserve Chair Jerome Powell is facing the same problems as Bank of England Governor Andrew Bailey; racing inflation creating an inescapable cost-of-living crisis, compounded by the fallout of the covid-19 pandemic and Russia-Ukraine war.

However, there are notable differences. First, the US is far less dependent on energy imports than the UK. And second, the US Consumer Prices Index inflation rate is at a 40-year-high of 7.9%, significantly higher than the UK’s 6.2%. Both give Powell greater freedom to raise rates faster.

A fortnight ago, the Reserve lifted its benchmark rate by 0.25 percentage points for the first time since 2018 and signalled plans for a further six rate rises over the course of 2022.

At the time, Powell stated that ‘the plan is to restore price stability while also maintaining a strong labour market.’ He maintains he is ‘not going to let high inflation become entrenched…the costs of that would be too high.’

Grant Thornton Chief Economist Diane Swonk believes Powell faces a ‘high-wire act,’ as he must ‘dampen down the pressures of inflation without derailing the global economy.’ The governor is caught between a rock and a hard place, where he either lets inflation erode living standards, or temper it with interest rate rises that could hit growth.

Powell accepts that employment figures have ‘continued to strengthen’ but argues rising inflation amid Russia’s invasion of Ukraine is ‘likely to create additional upward pressure on inflation and weigh on economic activity.’ 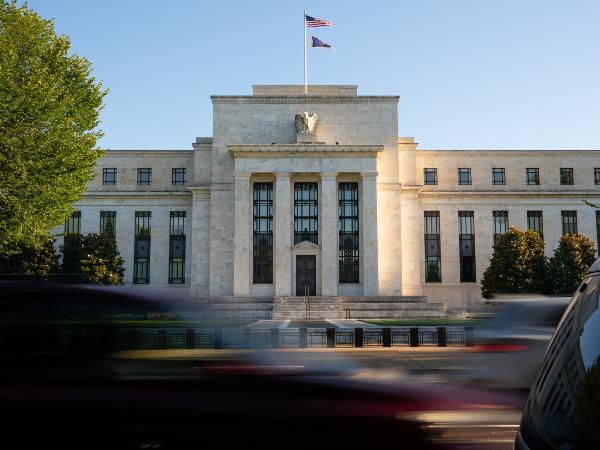 How fast could the Federal Reserve act?

Powell has a dual mandate; to maximise employment figures, while keeping inflation at around 2%. The job market is red-hot, with the unemployment rate at a mere 3.8%. The ‘great resignation’ continues to create job vacancies, while the wider economy has improved massively due to trillions of dollars of government stimulus. The benchmark S&P 500 index is up 37% to 4,632 points compared to its pre-pandemic value.

Accordingly, the Reserve has significant leeway to hike rates. And with China imposing new lockdowns on tens of millions, including in Shanghai, the supply chain crisis is likely to worsen further.

Meanwhile, Russia and Ukraine together are globally significant producers of multiple commodities including Wheat, Gold, oil, gas and uranium. With this supply cut off, inflation seems set to soar even further in 2022. But Powell has advised that if it becomes ‘appropriate to raise interest rates more quickly, then we’ll do so.’

The Reserve projects that the interest rate will rise to almost 2% by the end of the year, one percentage point higher than it predicted in December 2021.

Powell believes ‘the probability of a recession in the next year or so is not particularly elevated.’ But with the Bank expecting the US economy to grow by 2.8%, and inflation to fall to 4.3% by the end of the year, it may still not be moving fast enough.

Federal Open Market Committee member James Bullard thinks ‘we have to think bigger, maybe, than we thought about in the past.’ Bullard wanted to raise rates by half a per cent in the last meeting and believes they should be at 3% by the end of the year. Fellow member Loretta Mester wants to ‘front-load’ rises and hopes for rates at 2.5% before 2023 hits.

Even Mary Daly, who is considered to be amongst the most dovish on the committee accepts that ‘everything on the table right now. If we need to do 50 (basis points), 50 is what we'll do… with the labor market so strong, inflation, inflation, inflation is top of everyone's mind.’

At a National Association for Business Economics conference, Powell warned he will move ‘expeditiously’ in the May meeting, and hinted he could start trimming the Reserve’s $9 trillion balance sheet.

And with inflation the watchword for hawkish movements, sharper rate rises cannot be ruled out.

Trade 100+ FX pairs with the UK’s No. 1 retail forex provider.* Enjoy fast execution, low spreads – plus we’ll never fill your order at a worse price. Learn more about our forex trading platform or create an account to start trading today.