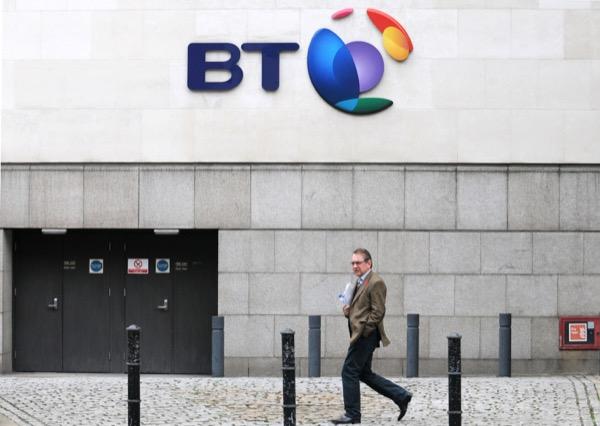 BT (LON: BT) shares have fallen by 43% over the past five years as the FTSE 100 telecoms stock lost ground to nimbler rivals.

But 2022 recession warning signs are flashing red. The economy contracted by 0.1% in March, and the Bank of England has predicted inflation will rise to 10.2% later this year. The financial trickle away from growth sectors and towards defensive stocks is becoming a flood.

And BT is a key beneficiary of these changing financial winds. At 176p today, it’s up 2% year-to-date. And the UK’s largest provider of fixed-line broadband and mobile services is comfortably outperforming the FTSE 100’s 2% drop.

FY22 earnings reflect BT’s economic resilience. Revenue fell by 2% compared to fiscal 2021, ‘reflecting revenue decline in Enterprise and Global offset by growth in Openreach.’ However, BT noted that while consumer revenue was flat, it should return to growth in Q4.

However, adjusted EDITBA increased by 2%, as revenue decline was offset by lower costs resulting from its modernisation programme, cost management, and lower indirect commissions. Accordingly, profit before tax rose by 9% to £1.96 billion.

Capital expenditure increased by 25% to £5.9 billion due to continued investment in the Openreach network. Hence, free cash flow fell by 5% to £1.4 billion.

But positively, after reinstating dividends in November, its FY22 final dividend of 5.39p per share has brought the year total to the promised 7.7p. This leaves BT with an expanded and more profitable network backed by a healthy dividend.

And encouragingly, BT’s gross pension deficit has fallen from £5.1 billion to £1.1 billion. Where next for BT shares?

BT anticipates adjusted revenue to now grow year on year, with adjusted EDITBA of at least £7.9 billion in FY23. And it expects to drive profitability through gross annualised cost savings of £1.5 billion, increasing its savings target to £2.5 billion by the end of FY25.

Strategically, BT’s fibre-to-the-premises (FTTP) superfast internet had an annualised Q4 build rate of over 3 million premises. 1.8 million customers signed up through its Equinox partnership with Sky, TalkTalk, and eight other communications providers. CEO Philip Jansen enthused ‘Openreach continues to build like fury…with a strong and growing take-up rate of 25%.

Progress is also ongoing with BT’s 5G network, which now covers 50% of the UK population. With its customer base now over 7.2 million, RootMetrics has again named BT as having the best 5G and 4G networks.

BT has also signed a longer-term reciprocal channel supply deal with Sky, and a memorandum of understanding for Sky engineers to complete most of their FTTP in-premises provisioning activities on Openreach’s FTTP network.

But headline news is that BT and Warner Bros. Discovery (WBD) have agreed to create a new premium sports joint venture that folds together BT Sport and Eurosport UK. Under the 50:50 agreement, BT will receive £93 million over three years, and a performance-based award of up to £540 million within the first four years. WBD CEO JB Perrette has already indicated he intends to buy out BT’s share in the future.

Jansen believes the deal will align BT with ‘a new global content powerhouse,’ which could make it a stronger bidder for highly competitive sports rights. Edison Group analyst Dan Ridsdale believes ‘this extended offering will server BT well as customers start looking for ways to cut down expenditure.’

The CEO has accepted that ‘the economic outlook remains challenging…inflation is very worrying.’ BT is increasing prices for most customers by an above-inflation 9.3%, at a time when many are cutting back. However, Jansen points out that the average price increase is only £35 a year, and lauded BT’s ‘great value for money’ as key to its low Ofcom complaints and churn rates.

A more worrying front might be its trade union problem, with the Communication and Workers Union threatening strike action unless BT increases wages by 10%. Meanwhile, takeover rumours concerning French tycoon Patrick Drahi, who increased his 12% stake to 18% in December, continue to swirl.

The CEO also has an £18 billion net debt mountain to contend with. And in the long-term, with revenue falling from £24.1 billion in 2017 to £20.9 billion in 2021, BT remains under pressure to increase bottom-line cash flow. However, Jansen remains ‘confident that BT Group is on the right track.’

And with its reinstated dividend and strong defensive qualities, BT shares could represent an excellent recession-proof stock pick.