The RBA have made it clear that the inflation fight is on, hiking 0.5%; AUD/USD leapt half a cent on the news, but is struggling to hold the gains and the RBA have joined the race. Will AUD/USD be the beneficiary? 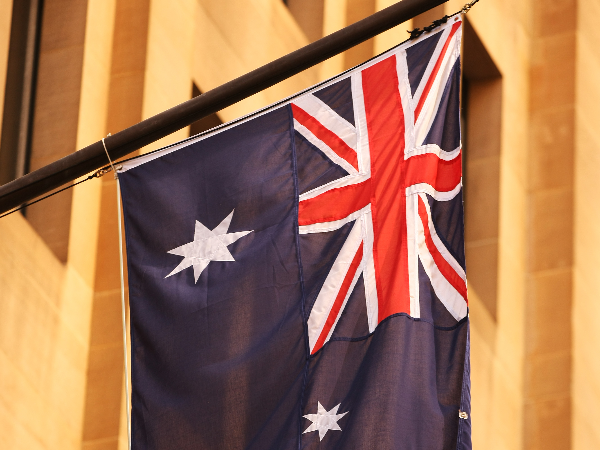 The Australian dollar flew higher after the RBA joined the jumbo rate hike brigade by lifting the cash rate by 50 basis points to 0.85% from 0.35%.

The market had mostly been oscillating between a move of 25 or 40 basis points (bps), although a small number of observers had anticipated a 50 bp move.

Speaking about pandemic-inspired loose monetary policy, RBA Governor Philip Lowe said in his statement that 'the resilience of the economy and the higher inflation mean that this extraordinary support is no longer needed.'

This could infer that the bank is looking to get policy back to neutral, wherever that may lie.

The RBA have plenty of ammunition up their sleeve to justify further rate hikes. The last inflation read was way above their mandate of 2-3% on average over the business cycle for headline CPI.

Last week, we saw 1Q quarter-on-quarter GDP come in at 0.8% against forecasts of 0.7% and a previous 3.4%. This made annual GDP to the end of March 3.3% instead of 3.0% anticipated and 4.2% prior. Upward revisions to previous quarters were also revealed.

Building approvals disappointed though, dipping -2.4% month-on-month in April instead of rising by 2.0% as expected. This was put down to the major flooding event along a large swathe of Australia’s populous east coast.

Further support for aggressive hikes came in some second-tier data released on Monday. The Melbourne Institute inflation gauge accelerated to 1.1% month-on-month in May and ANZ job advertisements increased by 0.4% last month compared to April.

All this adds up to more hikes from the RBA, but the crucial piece of missing evidence remains CPI. A vital piece of economic data that is only published quarterly rather than monthly. The next read will not be available until 27th July.

Nonetheless, even without that knowledge, the case is clear that emergency loose monetary policy is no longer needed and a path back to normalisation is upon us.

For AUD/USD though, external factors will continue to sway direction. Central banks globally are raising rates, with the exception of Japan and China.

Risk sentiment has been ebbing to mood of several factors. China’s lockdown and the flow on effects for supply chains, the commodity price boom as the Ukraine war continues and US dollar gyrations as the Fed gets their own tightening going. 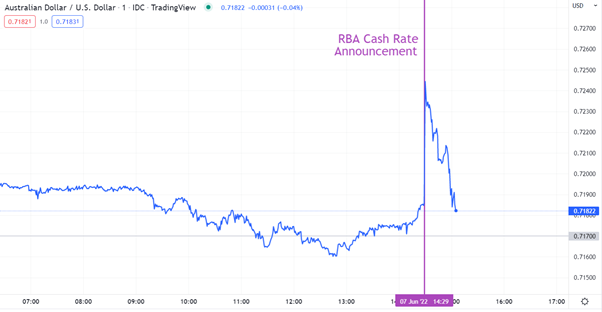